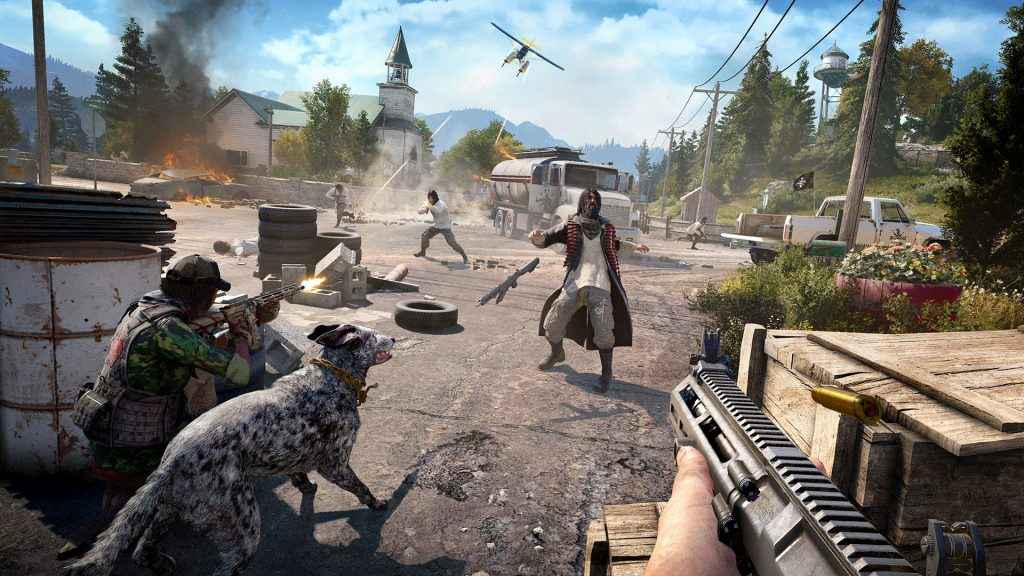 These shrines are protected by cultists worshipping their leader Joseph Seed, and they'll put up one hell of fight. Get your weapons at the ready and head to these shrine locations. Turn up the brilliant Far Cry 5 soundtrack, and get ready to blow up them into smithereens!

There are shrines found in each region. This guide is a work in progress, and currently we've just got the locations for some of the shrines in Dutch's Region. We've discovered eight in total.

1.You can find the jail overlooking the lake due South of the Moonflower Trailer Park where your first shrine awaits.

2.Head due East of the Hope County Jail across the water to the next piece of dry land. Hug the lakeside and keep walking around until you discover the next shrine - it's on the East side of the road after the bend.

3.There are three shrines located around the island of Angel's Peak to the East of Rae-Rae's Pumpkin Farm. The first one can be found in the South West of the island. Now head due North and cross the river over to the next piece of land. You'll find the next shrine almost as soon as you hit dry land. Finally, destroy the last Far Cry 5 shrine due East of the Angel's Peak wording. Cross over the river and you'll find it just over the other side.

4.Not far from Angel's Peak, head East to Moonflower Trailer Peak and then go due North, crossing a small part of Rock Bass Lake. The shrine can be found on dry land just across the west side of the river.

5.Now keep heading North of the last shrine location to the grey mountains on the map, called Raptor Peak. You don't have to ascend the whole mountain, but you'll discover a shrine part way up.

6.Just on the East side of these mountains, you'll find Peaches Taxidermy. Head West South West (WSW) to the river. There's a small area of land that separates the main part of the land to the West. Here's where you'll find the shrine!

If you found any more of the Far Cry 5 Shrines, then let us know in the comments below.

Looking for more guides? Check out: