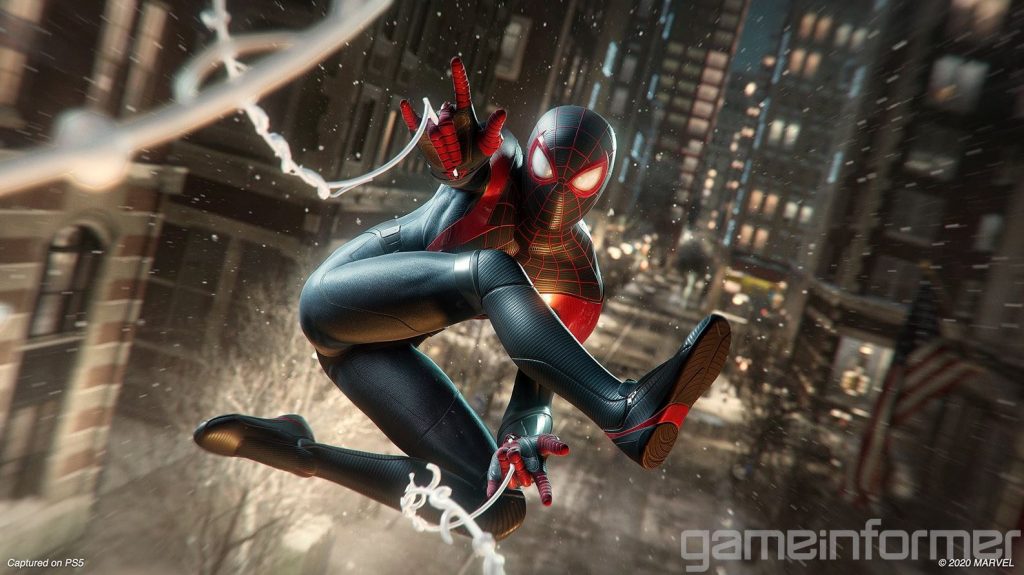 A brand new Spider-Man Miles Morales gameplay clip has been released by GameInformer as a part of their cover story, with the clip showcasing a new bit of gameplay and also a cutscene.

The new details from GameInformer go over Miles’ various power, which includes superhuman speed, strength, stamina, durability, and agility. Miles also has access to wall-crawling, spider-sense, and bio-electrokinesis (which allows him to weaponise electricity). His Energy-Thread Generation allows him to produce that electricity from his hands and Spider-Camouflage grants invisibility. Miles will also heal faster than Peter. You can read more about the legacy of Miles on GameInformer. Meanwhile, you can watch the new gameplay below:

GameInformer revealed a whole bunch of information about the game yesterday including a bunch of new screenshots, details on the two graphical modes for the game, and new gameplay mechanics and features. We also got a look at some of the first boss battle gameplay, with Miles fighting Rhino. The game will also have no loading screens at all.