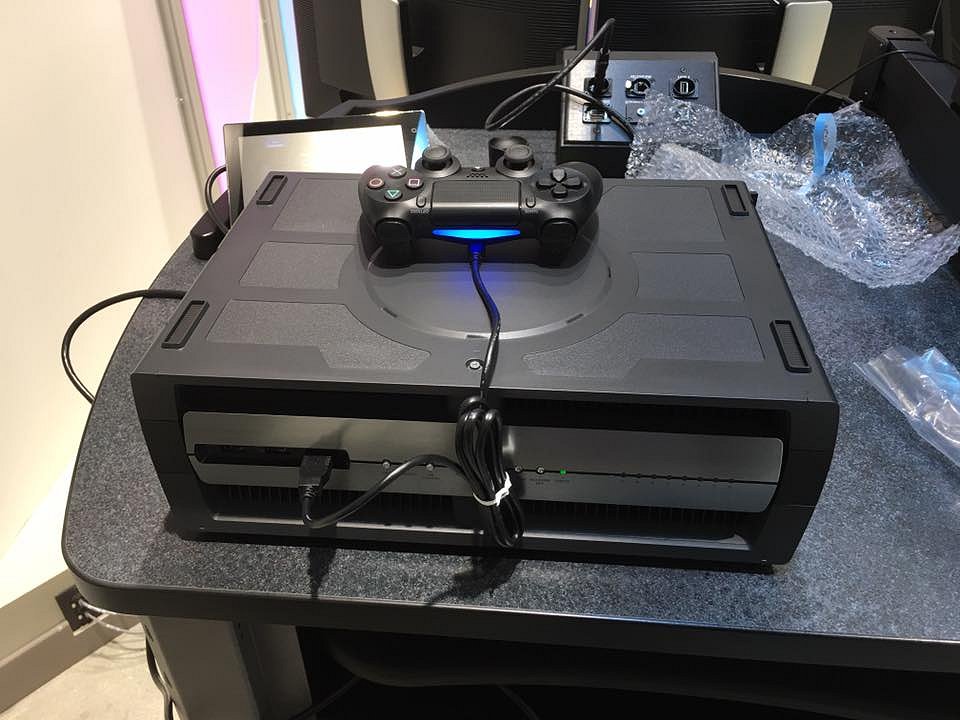 PS5 dev kits have rumoured to have been made available to developers as far back March 2017. This specialized hardware allows PS5 game developers to optimize and build their new titles and test them in advance of submission to Sony’s QA department.

Though no images of a PS5 game development kit have leaked online, there has been multiple rumors about what’s inside them. It’s important to note that Sony has released no official information about PlayStation 5, other than the fact that it’s in development.

What we’re reporting on here is purely unsubstantiated rumors.

The rumor that the first PS5 dev kit has been sent out stemmed from a chap called Marcus Sellars, a videogame journalist, known in the past for his predictions (some right and some wrong!)

It certainly isn’t out of the question, as multiple developers are working on next-gen titles right now, including the debut PS5 game from Rockstar Games.

With the PS5 rumored to be released no sooner than 2020, it’s likely that if there are PS5 dev kits out there they are not the final versions. As with PS4, third-party developers received at least two iterations of development kits prior to release with the final version arriving approximately one year before launch of Sony’s current console.

Over on Reddit, there’s two very interesting threads. First of all, someone called RuthenicCookie, who accurately leaked in advance that Sony will not be attending E3 2019 this year, also claims dev kits are out there and claims he knows further information.

One nugget of info is that it will feature an 8-core AMD Ryzen CPU and be capable of 4K 60 FPS, and will retail at $500. Sony, of course has yet to reveal the specs for PS5 or the price, though there’s plenty of speculation PlayStation 5 could cost anywhere between $399-$499.

The next apparent leak comes from an indie developer. Known as Indieguy on Reddit, he’s revealed a host of information, which should be taken with a pinch of salt.

He says that codename of a PS5 dev kit is “PSV”. He says that the DualShock 5 and PSVR 2 are wired to the dev kit. The PS5 controller, he reckons, will feature an OLED touchscreen with triggers that have “rumble-like” motors.

Other snippets of information include:

“The PS5 comes equipped with 16GB of GDDR6 Ram, and it will come equipped with an 8 Core Ryzen CPU and a Navi Based GPU. Sony really wants to put in 32GB of GDDR6 Ram but due to the PSVR 2 being bundled with every PS5 they have to make sure that the system will be $400 + the PSVR2 which will retail for $100 and in total the PS5 will be $500. “

“However the 16GB of ram will NOT be used in games, however the ram will be divided up into two sections so for example 8GB will be for the Games and 8GB alone will be used for the OS itself. So far the games that I have seen have been running at 4k/30FPS which is not a way to start off the 9th gen, but it is a significant upgrade from the PS4. Anthem is having difficulties running at this current state, but Bio Ware is determined to put the game on PS4 and Xbox One and the Next Gen Systems. The PS4 version runs at 720p/30fps while the PS5 version runs at 4k/60fps so yes some games will run at a constant 4k/60fps but the majority of the games from what I have seen have been running at 4K/30FPS.”

Finally, he claims that the PS5 will have a 6TB SSD! Though this seems outlandish given the massive price hike that an 6TB SSD would cause.

All of this sounds pretty cool, and some of it ties in with multiple published rumors around the web. However, let’s wait and see what happens later this year before we get too excited.