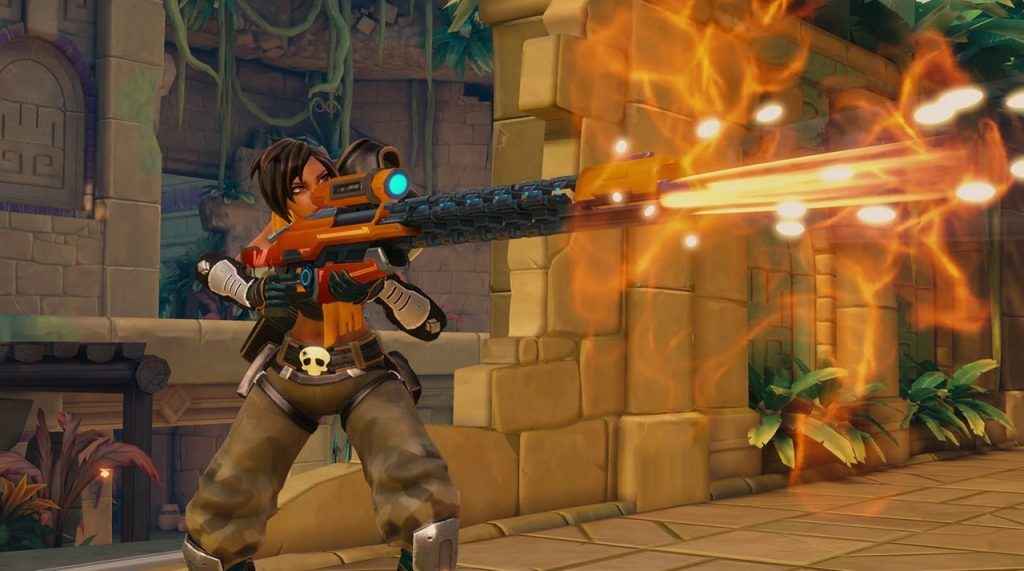 Realm Royale Classes feature 5 classes to choose from before you jump in the battle. You can be an Engineer, Hunter, Mage, Warrior or an Assassin. But before you take your pick, take a look at each class’ passive abilities, speed, and legendary weapons. Here we focus on the Realm Royale Assassin Guide but we have created detailed guides for each class. Each guide will be going live in the coming days.

Realm Royale Assassins work best in stealth. They have innate ninja talents and can sneak around, silently preying on their enemies from a distance. Assassins will give you 10% increase in ground speed and 10% in reload speed. These passive abilities are bonuses and are built-in with player’s class.

Sniper Rifle fits perfectly with Real Royal Assassins as their legendary weapon. It is powerful, subtle hidden and yet a silent killer just like Assassin’s attributes. The Sniper Rifle has one ammo with fire rate of 1.0 second. It works best from a distance, making a sure kill slowly but surely. It can easily take a life with 1100 damage inflicted; one of the most damaging legendary weapons in Realm Royale Classes.

Realm Royale Assassin Guide All Abilities and Use

Blink – travel in a short distance in a blink of an eye using teleport. But remember that enemies can still target you even while Blinking. Use it strategically when moving through heights and escaping windows.

Ghost Walk -Assassins are the fastest among Realm Royale class PS4 when you add 20% speed increase with its passive effect for 3 seconds. With this, enemies will not be able to target you.

Sensor Drone – fly a drone that reveals enemies for 5 seconds. Check and know enemies’ location without entering the building using the sensor drone. Its duration: 2 / 3 / 4 / 5 (seconds) depending on the rank.

Smoke Screen – throw smoke screen that blocks vision for Duration: 5 / 6 / 7 / 8 (seconds) . One quick Realm Royale Assassin guide tip: use this together with the Sniper Rifle for lining up shots and sure hits. But remember you can be seen once you take fire or perform other action. However, if it’s still active, you’ll remain in stealth. The higher rank you get, the more beneficial smoke screen is.

Did you pick to be an Assassin now based on this Realm Royale Assassin Guide? Additionally, we have more Realm Royal PS4 guides as seen below: