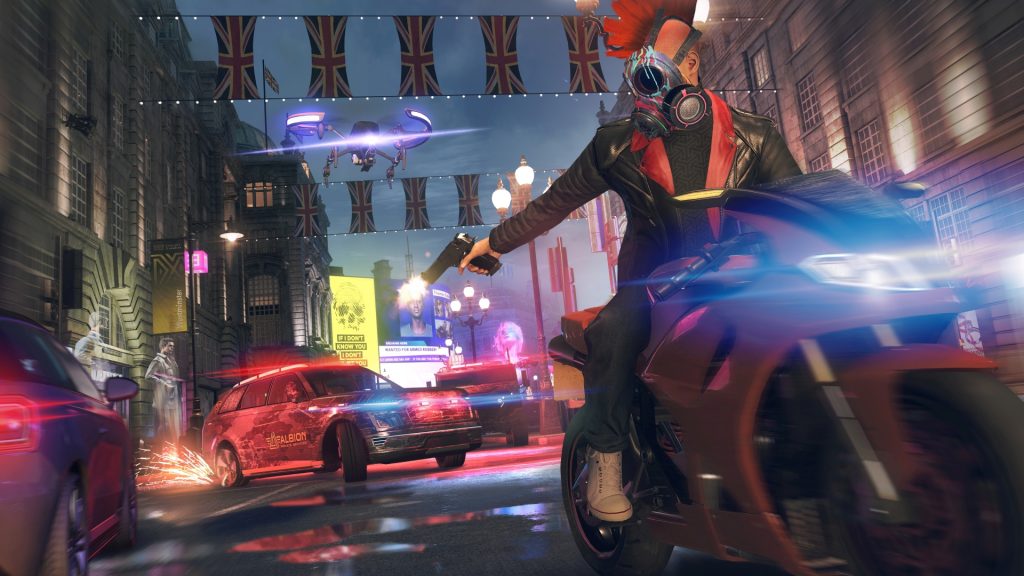 More than 30 minutes of brand new gameplay has debuted during E3 2019 for Watch Dogs Legion. The latest in Ubisoft’s franchise reimagines what Watch Dogs is and allows you to play as anyone.

This new gameplay gives us an extended look at sections from the Ubisoft E3 Press Conference. We also get to see some new features, such as the map and controlling one of the flying drones.

You can check out the new gameplay below:

Watch Dogs Legion got a lengthy trailer and gameplay demo during E3 2019. It left everyone impressed with the ability to play as any NPC in the world, recruit them to DeadSec and use them in whatever missions you want to. Along with the reveal, we got a tease that the game will likely be heading to PS5.

Alongside Watch Dogs Legion, Ubisoft announced three other titles. Rainbow Six Quarantine aims to be the PVE equivalent of 2015’s Siege. Roller Champions is an arcade sports game based on roller derby, that seems to take inspiration from Rocket League. Finally, Gods & Monsters is a game that takes inspiration from the Breath of the Wild.

What are your thoughts on this new gameplay? Are you excited for the game?