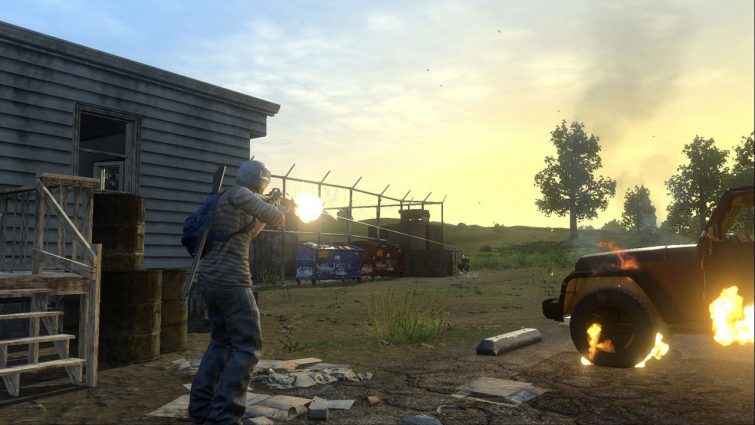 If you've recently downloaded Daybreak's Battle Royale game, you may be wondering what does H1Z1 stand for? We believe it's not an acronym, but the name of a virus, and a play on the H1N1 virus, a real virus more commonly known as “swine flu”.

What does H1Z1 Stand For?

In 2009-2010, there was a H1N1 pandemic which started in Mexico and spread around the world. It didn't end up being as catastrophic as first imagined, and nowadays (though H1N1 is still around) its symptoms are said to reflect that of normal flu.

So, what has H1Z1 got to do with a virus? Well, H1Z1 is said to be a mutation of the H1N1 virus that affects humans and gives them zombie-like features.

According to a podcast, about the lore of H1Z1,

Countries and regions first affected by the H1Z1 virus in 2009 were: London, Cambodia, Netherlands, Ghana, China, United States, Canada, Israel, Latin America, and Europe. Because of this imminent “spread”, on April 29, 2009, health officials of the Centers for Disease Control and Prevention held an emergency midnight meeting on Atlanta, Georgia declaring H1Z1 virus spread is more intense and effective than H1N1.

According to the podcast, there were few survivors left across the Globe. Of course, in the PS4 version – H1Z1 Battle Royale – there are no zombies. Consequently, you may be wondering what the connection is between zombies and the survival game.

However, H1Z1: Just Survive for PC, was set during a zombie apocalypse with players needing to survive from the undead. This is the connection to the virus.

Is This What H1Z1 Means?

Some fans believe that H1Z1 may stand for Human 1 Zombie 1, although Daybreak has never confirmed this. We've searched everywhere for answers about this, so if you think you have more information on what does H1Z1 stand for, let us know in the comments below.

For more on the survival shooter, check out the following: