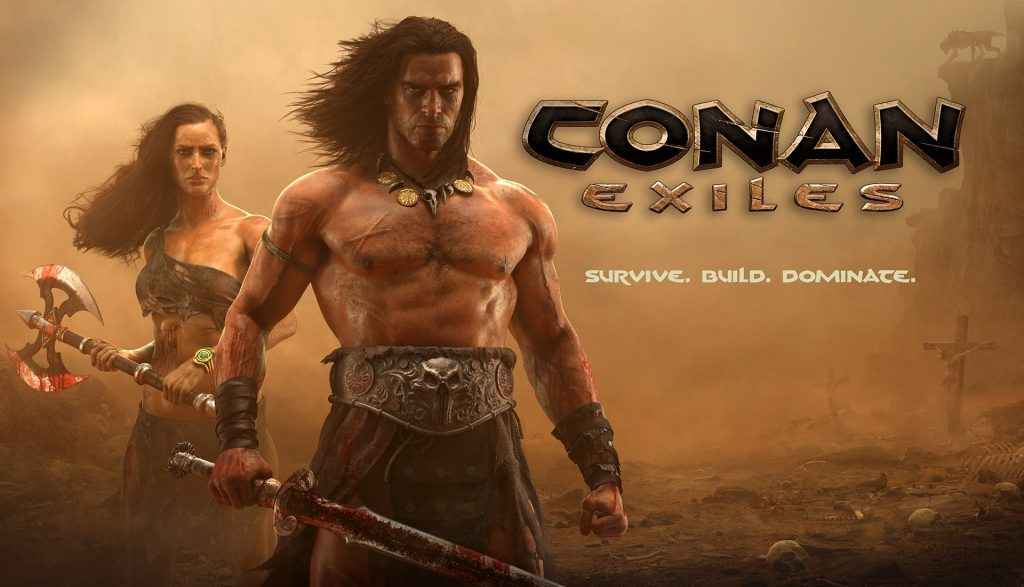 They say there is nothing quite like home and for me, my home away from home for the last ten days has been located on a beach north of the Shattered Bridge within the savage world of Conan Exiles; a brutal place where the innocent perish and the evil seemingly reign with impunity. With its sandstone foundation, rough hewn walls and ceiling, not to mention a set of perfunctory furniture fashioned from the stout brown wood trees surrounding the area, it’s fair to say that I was deeply proud of what I had created.

More than mere braggadocio however, such pride comes from a very real place because Conan Exiles thrusts you into its world with nothing to your name except a will to succeed and possibly an oversized set of genitalia if you’ve been having fun with Conan Exiles now infamous character creator. As such, there’s a gigantic and deeply pronounced sense of satisfaction in Conan Exiles of starting with literally nothing and then, after a few hundred hours of play, ending up with an empire of your own with a reach that stretches from one horizon to another.

Of course, by saying “a few hundred hours of play” it might seem that I’m being overly reductive when quite honestly the opposite is true; those hundreds of hours go very, very quickly indeed and it doesn’t take long for Conan Exiles to ensnare your attentions on a practically full-time basis, such is the breathtaking breadth of its ambitious offering.

Able to be played in single-player offline, online co-op and full tilt online PvP modes, Conan Exiles is commendably flexible, allowing players to embrace the entirety of its sandbox design on their own terms, with a friend, or, when they feel prepared to do so, go out into the big wide world and put it all into practice. Regardless of which way you play Conan Exiles in however, it’s clear that Funcom’s latest has a lot to offer.

Learning is the virtue which ultimately sits at the core of the Conan Exiles experience; learning, re-iterating, improving and bolstering everything you’ve done previously. A ramshackle hut (such as my first home mentioned at the top of this review) is one that might be destroyed easily by attackers; the gaps in the sandstone walls providing ample weakness for hammers and siege weaponry to exploit. Take the time to learn how to create bricks from a furnace and then use those bricks to create solid walls buttressed by iron rods however, and your foes will have a much tougher time trying to wreck what’s yours.

And this is the thing; the path for upgrading and improving yourself in Conan Exiles is always clear and as a direct result you consistently have something to strive for and to achieve. Indeed, as there are no traditional quests in Conan Exiles (as of right now, at least), the game instead provides milestones for the player to accomplish which neatly serve the dual purpose of providing tuition as to the inner workings of the game, and also keep folks engaged in a resolutely goal focused mindset. The milestones begin modestly; once you’ve been rescued from crucifixion your goals err towards necessity as you learn to orient yourself, how to drink, how to eat and how to find shelter.

Soon though, these objectives begin to encompass other pragmatical goals such as fashioning your own clothes, making your own tools and then soon enough you’ll find yourself building your very own house with which to live in and further your ambitions. It’s worth mentioning too that building structures in Conan Exiles is horrendously satisfying and easy to do, too. Once you have crafted the necessary walls, ceilings, foundations and any other cosmetic aspects you might need, you simply set it all in place via a real-time 3D construction view that really isn’t a whole different to how you might go about building things in Minecraft, and much like that game the potential for building some truly impressive structures is substantial indeed.

Beyond such goals, Conan Exiles also marks player progress through a traditional leveling system with the player able to put points into increasing various skills and stats in addition to feats that allow them to unlock blueprints and schematics for building more sophisticated materials, equipment and structures. Essentially, you never run out of things to do in Conan Exiles and this, my friends, is a Good Thing.

The kicker to all of this is that there’s no real hand-holding; sure, Exiles provides goals to reach but leaves it entirely up to the player the manner in which they achieve them. Such a freewheeling approach to emboldening player creativity results in a lot of fun, too. Take for example the need to feed and rest yourself; as a cannibal, I found the best way for me to personally achieve those goals was to hack an outlaw to pieces, eat his innards (you gotta cook em’ first lest you contract food poisoning), and then use his skin to fashion a makeshift bed with which to sleep under the stars. Grim? Yes. Satisfying? Absolutely.

Now this being a game set in the decidedly brutal Conan the Barbarian universe, players are able to gain ‘Thralls’ or slaves that can be recruited to their cause. Once suitably ‘broken in’ via the appropriate torture equipment, Thralls can be used to shore up your defenses and help protect your buildings and infrastructure against purges that occur a little later on in the game; an attack by a small army of AI barbarians and outlaws who seemingly have nothing better to do than kick the crap out of various things.

If there is one drawback with the Thralls as they currently stand (and no doubt this would be something addressed by post launch content updates), it’s that they simply don’t do much other than mill about and defend your stuff to the death. With Conan’s endgame seemingly very much focused on fostering a sprawling empire, a hierarchy of sorts could be created that might allow for Thralls to build and develop your empire without you having to be there to oversee every little action, as it is the Thrall system is good, but just a touch limited.

If you were thinking that Conan Exiles with its familiar crafting and building elements is similar to Ark: Survival Evolved (Conan Exiles thrall system could be broadly mapped to the dino-minding shenanigans that Ark proffers), you wouldn’t be entirely wrong. Certainly, in every way that counts Conan Exiles is the better game however; from visuals and polish to the ease of crafting and the resulting joy of its construction systems, anyone who loved the basic survival concept of Ark but was disillusioned by the jankiness of it all will find much to love here.

Of course, having only been out of Early Access for a period of days, there is still plenty that needs tightening up when it comes to aspects of Conan Exiles otherwise taut and considered design. For starters, the lack of a mini-map means that you have to keep opening up the main world map to see both where you are in the grand scheme of things and also where you want to be going. Elsewhere, this being a Conan game you might rightly be surprised that I haven’t talked about the combat system yet and the reason for that is, quite simply, it just doesn’t match the caliber of the rest of Conan Exiles creatively focused parts.

Combat in Conan Exiles is an unsurprisingly bloody affair where limbs, heads and other body parts can be aggressively detached all the while the player can chain together light and strong attacks into combos, use rolls to evade attacks and block incoming strikes with shields (on the provision that they’ve actually made one in the first place. So far so good, but where things fall down is the occasional judders and freezes that can occur in a battle, which when you’re in the midst of a multi-person/creature brawl can prove frustratingly detrimental to being able to time your attacks and evasions properly. One would hope this issue is at the top of things that Funcom are fixing for Conan Exiles next update.

Conan Exiles shouldn’t have been this good really – after a somewhat troubled early access stint on PC and Xbox One, few had any inkling that the final product would turn out as well as it has. Though there’s clearly work to do both in terms of polish and expanding its feature set, you’ll find much to enjoy in Conan Exile’s gargantuan blood soaked sandbox that is steeped with emergent player possibilities. Crom would approve after all.

If you pick up Conan Exiles, check out some of our guides:

The most accessible and enjoyable survival MMO in years, Conan Exiles is a remarkable triumph and the best of its kind on PS4.