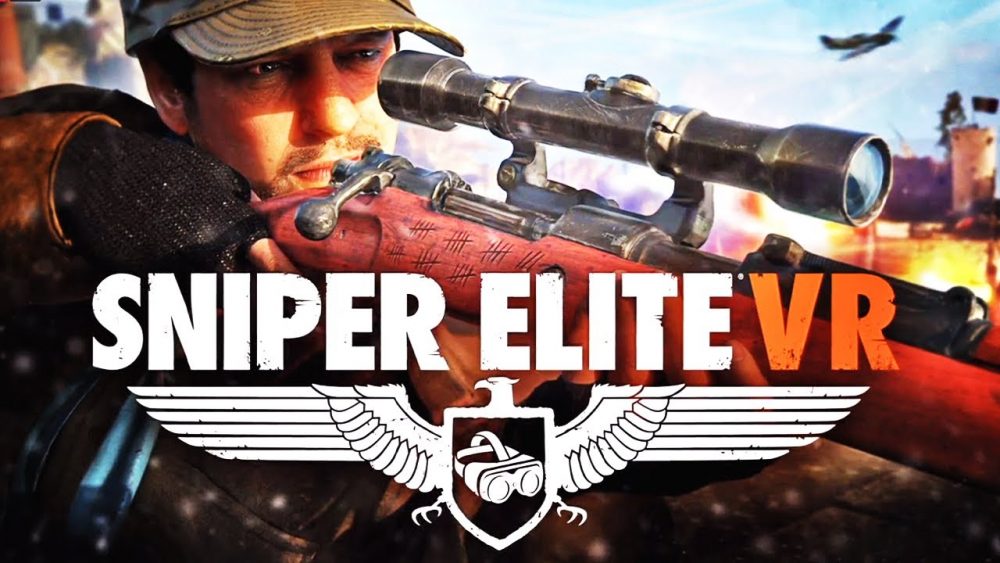 Sniper Elite VR PSVR Review – While I have not played a lot of the Sniper Elite series, I have dipped my toe in here and there, but when I heard there was a VR version coming to PlayStation’s Virtual Reality headset I was over the moon. After all, who doesn’t want to shoot someone in the face in VR?

Set in Southern Italy in 1943, Sniper Elite VR takes place over eighteen short story missions, retold through the eyes of an Italian resistance fighter, each time returning to his homestead and enjoying life before the carnage of the next mission ensues. I enjoyed the fact that this story is standalone as I am not that invested in the series, so naturally I also savoured the fact that these are short missions that can be played in bursts. It fits the VR medium perfectly.

A Sniper Based Anatomy Lesson

Your missions will range from assassinations to recon and even include a tad of unruly demolition. Even though you are a sniper by trade, the missions are incredibly varied. It’s the same story with the weaponry available and the diverse approaches you can have to each of the game’s missions. In some missions, you get bonus points for being stealthy and while I don’t mind stealth, I hate being locked into it. If the brown stuff hits the fan I like to go to town on my adversaries, not instantly fail the mission and such freedom was, thankfully, always present here. 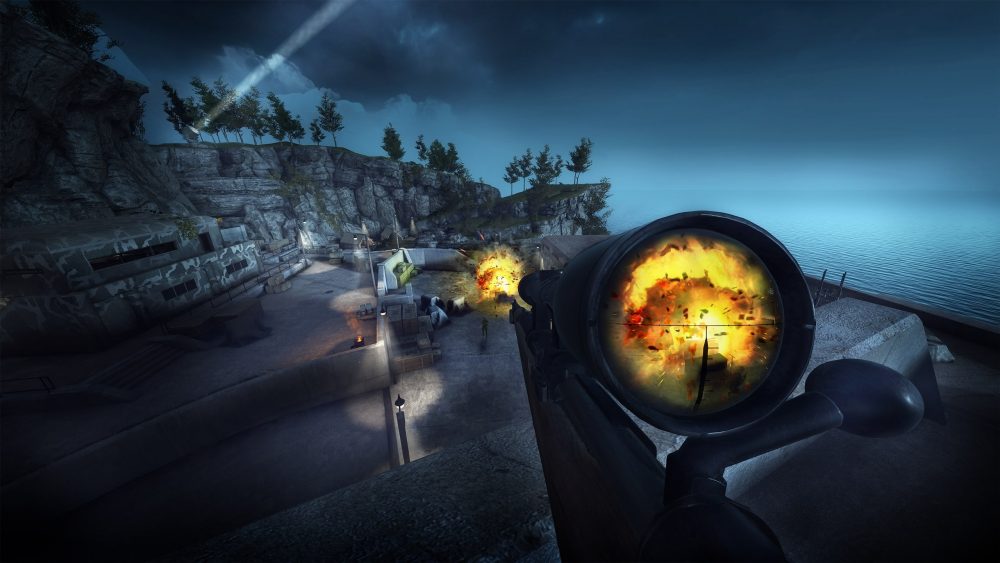 Each mission has three stars for completing various objectives and for seeking out a number of collectables. These were a nice distraction from the main mission objectives and provides each of the otherwise quite linear missions with additional replayability. I did like retrying missions to improve my score, complete the sub-quests and search out the sometimes well-hidden collectables. Whether it was shooting stone eagles in the distance or collecting correspondence from home, you always felt the need to explore, even though the levels are, in an exploration sense, quite narrow.

The environments are littered with objects you can use to help you on your quest. I cannot remember all of them off the top of my head but I do remember throwing a hammer at someone, using machinery to distract folk and even using pots to knock them off-guard while I shoot them in the face with a shotgun. The physics are sometimes a little wonky, which lead to some funny happenings, but I appreciated the freedom I was offered to complete each stage.

Aim For The Win

Control-wise, I played the whole game using the Aim Controller and it was a perfect fit for what the developers have wrought here. Whether it was running through bunkers spraying goons down with my automatic weapon or sniping unsuspecting enemies from afar, everything controlled well and felt satisfying. Even with the PSVR’s now ancient camera tech, I never felt any VR ‘messiness’ that is present in some titles. My controller did drift occasionally but as soon as you moved it again it did re-sync with the game immediately. 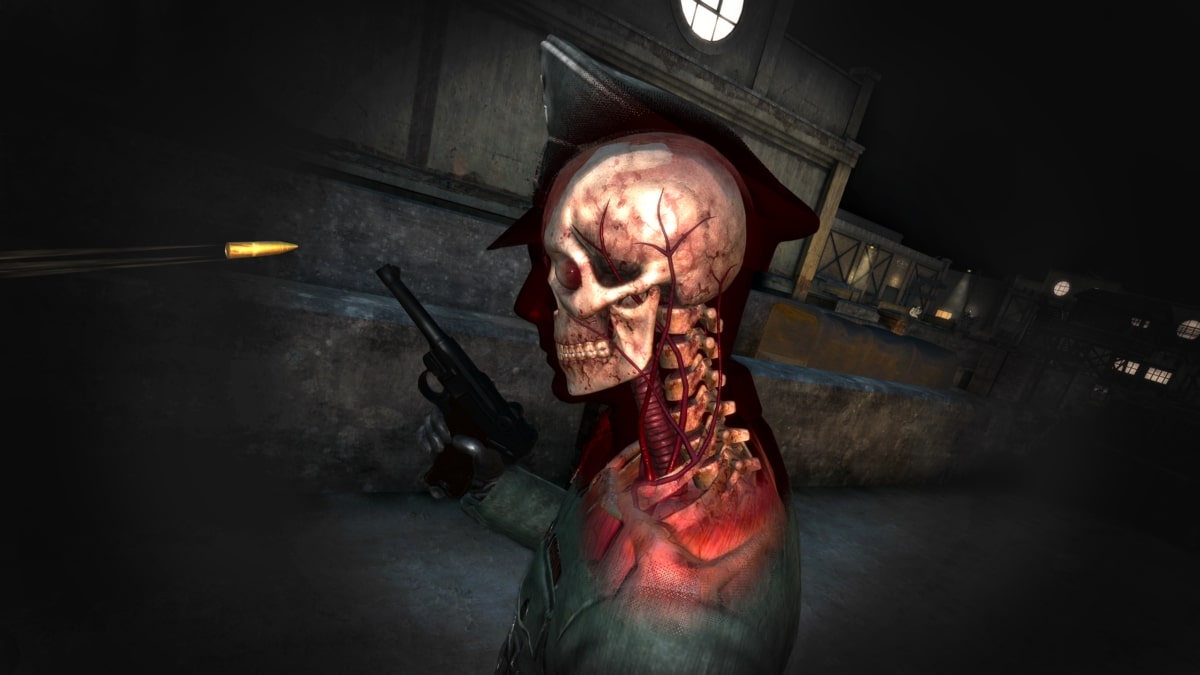 I am sure most people have seen the x-ray slow-motion kill replays this series is known for but on the off chance you haven’t, I’ll give a quick run-down. After squeezing the trigger of your favourite sniper rifle, there is a chance that you will be treated to a replay that shows an x-ray of your victim and which of his organs, bones or even testicles are destroyed in the process. Sometimes quite brutal but always stylish, these replays are brilliant and add a massive amount of joy to your best shots.

I also feel the VR implementation of Sniper Elite VR is extremely inclusive. When launching the game you have three comfort presets and then a raft of tweakable options on top of that. Everything from the movement type to turning styles can be changed. It feels amazing to shoot a moving target from a long distance and watch in slow motion as your bullet rips their insides apart. I am so glad everyone will be able to experience it, no matter what options you need to feel comfortable in Virtual Reality.

Both the control scheme, which felt really natural and the tutorials were very well implemented. When needed you would see a floating Aim Controller next to your sniper rifle and its various buttons labelled, clearly showing you how it all works. Everything about the game’s control scheme is exactly how I would have laid it out and that really helps. Everything from zooming in to your targets or changing weapons felt natural and that’s due to a well-designed control scheme. 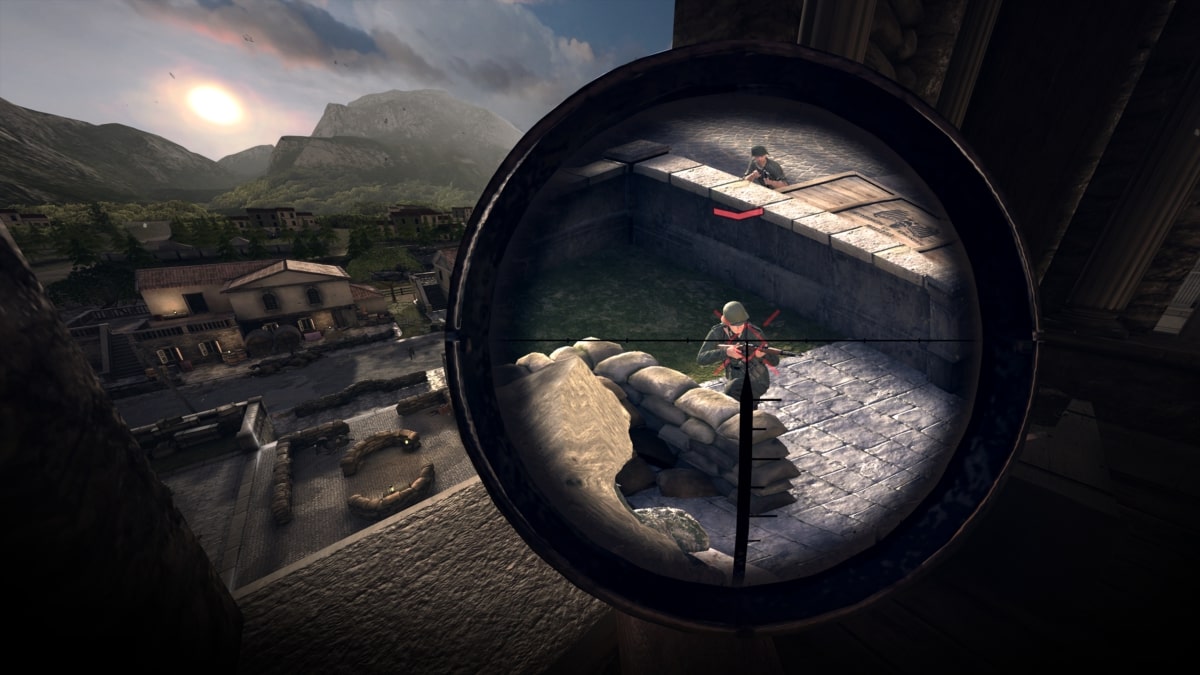 Graphically, I think Sniper Elite VR is on par with some of the better looking PSVR games. Everything looks crisp, well-rendered and I never had any issues making out text or other irksome UI issues you can sometimes have in VR games. There was the odd low-resolution texture and other slight graphical hitches but that goes for just about every PSVR game of this type. On the whole, I thought the graphical presentation was attractive and did its job to keep you immersed in this bullet based sandbox.

On the sound front, I thought the sound design was, as with the graphical design, of high quality. The weapons sounded weighty, the music and dialogue were apt and I especially liked the way the protagonist narrated each mission as if retelling the story to friends and family. It made what could have been a very fragmented, cold set of missions feel connected and warm. I really felt I was reliving his life and I enjoyed that aspect a lot.

I thoroughly enjoyed my time with Sniper Elite VR. The missions were short enough to play in bursts and they included enough to garner a few replays. I thought the narrative, which could have been fragmented, was well made and drew me into this immersive tale. Certainly then, the game controlled well, was tactile and very immersive. I also really appreciated the slew of comfort options so the game could be tailored to every type of VR player.

I would actually go as far as to say this may be up there with Blood and Truth as one of my favourite PSVR shooters. There is nothing more fun than shooting someone’s testicles and yourself, wincing in pain as you watch the replay. I have not played my PSVR for a little while and what a treat it was to come back to this tactile sniper simulator. Good times for all involved.

Sniper Elite VR is a well designed, well implemented VR shooter. It has a massive amount of options to suit even the most trepid VR gamers. The short levels are well suited to the medium, as they encourage exploration and experimentation, while Sniper Elite VR also looks great, it also sounds good too and I don't think being a sniper has ever been quite so immersive and tactile as this.