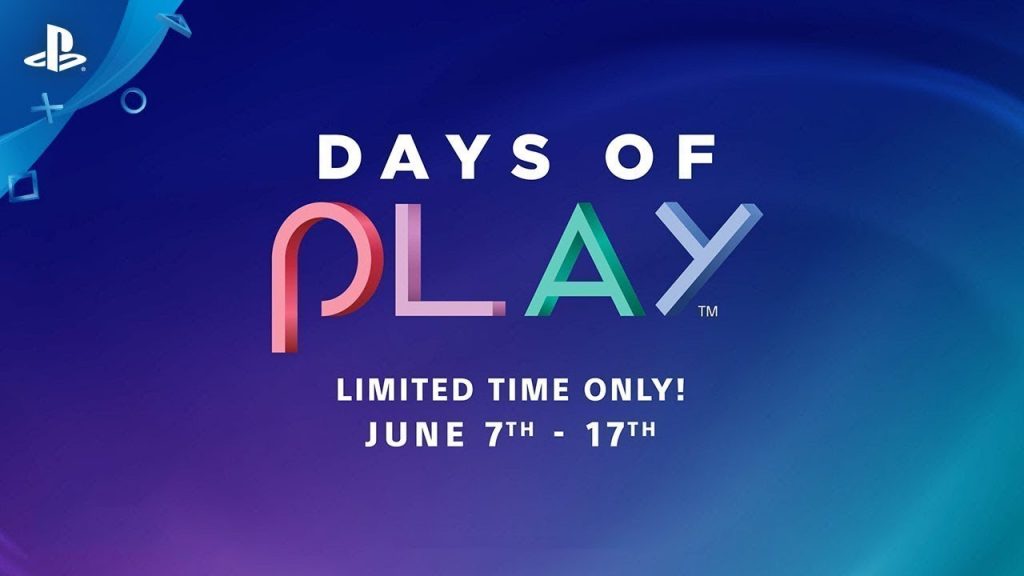 Sony Interactive Entertainment America (SIEA) has announced the return of Days of Play, an 11-day marathon of discounts on a range of PS4 hardware and games spanning June 7-17. The main highlight here is a Limited Edition Days of Play PS4 console, which is up for grabs at $299.99 and features a Steel Black colour scheme complete with the iconic PlayStation button icons.

Days Of Play 2019 Announced, Discounts God of War And Other PS4 Classics

The Days of Play event will offer discounts on a bunch of major PS4 games, including Days Gone, God of War, Marvel’s Spider-Man, and MLB: The Show 19, which are all available starting at $19.99. In addition, the PlayStation Hits range of titles can be snapped up for just $9.99, including the likes of Uncharted 4: A Thief’s End, Ratchet & Clank, The Last of Us Remastered, and Bloodborne, while DualShock 4 controllers are starting at $39.99 spanning a variety of colours.

Meanwhile, Playstation VR bundles are being discounted starting at $249.99, and there’s a Jet Black 1TB PS4 Pro going for $349.99. June 7 will also see a number of deals for ‘digital blockbuster games,’ plus offers for PlayStation Plus and PlayStation Now subscribers.

Don’t forget that PlayStation UK is currently offering a bunch of great deals on numerous PS4, PS3, and PS Vita games, with up to 60% off for PS Plus subscribers.

The PS4 still has a couple of major titles due for release before Sony turns its attention to the PS5. Death Stranding has been confirmed for a November launch, with The Last of Us Part 2 and Ghost of Tsushima presumably following in 2020.

Furthermore, it’s also looking increasingly likely that the PSVR will be upgraded for next-gen, perhaps to the point where Sony will release a full-on PSVR2. The PS5 is rumoured to launch in November 2020, which would make sense given Sony’s previous hardware release schedules.