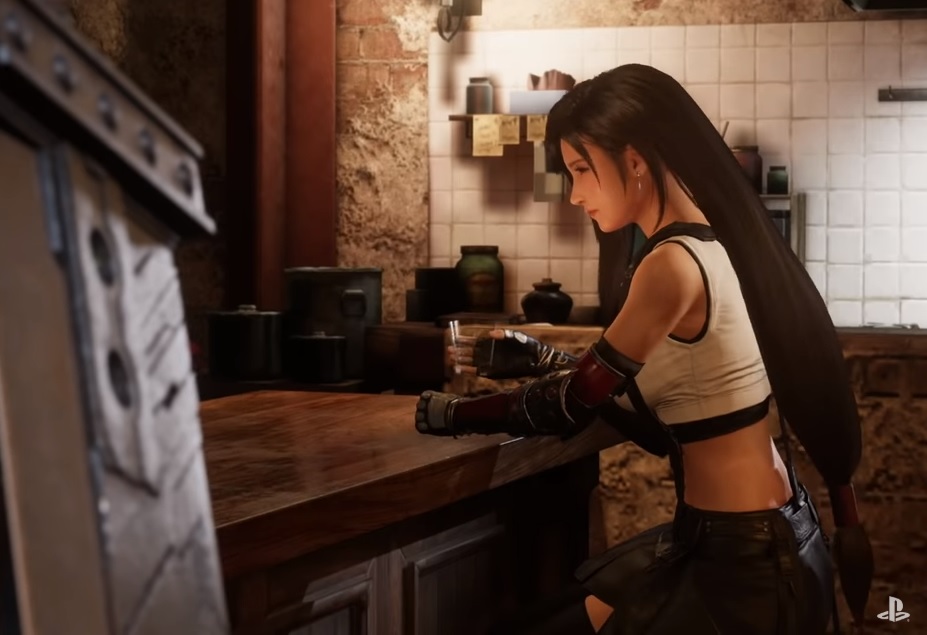 The Final Fantasy 7 Remake Tifa design was altered by request of Square Enix’s ethics department (no, we didn’t even know such a department existed either), according to a new interview with co-director Tetsuya Nomura in the latest issue of Famitsu magazine. According to Nomura-san, it was suggested that the development team ‘restrict’ her chest.

Those of you who remember Tifa’s design in the PSOne version will probably realise why the changes needed to come about, given that Final Fantasy 7 Remake looks far more realistic. It’s been over 20 years since the original Final Fantasy 7, after all.

“It was necessary to restrict her chest,” said Nomura. He went on to explain that Tifa is meant to look athletic in Final Fantasy 7 Remake, so she has defined abs but also retains some of her iconic style, including the white tank top and black mini-skirt. The ethics department noted that she shouldn’t look “unnatural” during action sequences, and therefore the design of her chest was “restricted.”

This isn’t the first time a female video game character has undergone a similar revamp. Lara Croft’s original design obviously highly exaggerated her chest, which was toned down in subsequent games, most notably in the recent reboot trilogy.

Be sure to read more on the interview with Nomura in our earlier story, where he discusses a number of elements including the Honey Bee Inn, new enemies, and the mysterious black entity that follows Cloud and party around. And yes, cross-dressing is still in the game.

While the company is unsure of how many episodes will encompass the Final Fantasy 7 Remake project, it has been said that development of future instalments will be ‘more efficient.’ It’s also looking very likely the game will come to PS5 at some point.

In the meantime, Square Enix is launching a Final Fantasy 8 remaster for PS4, which will be arriving later this year with a significant visual upgrade.

Final Fantasy 7 Remake is scheduled for release on PlayStation 4 on March 3, 2020.