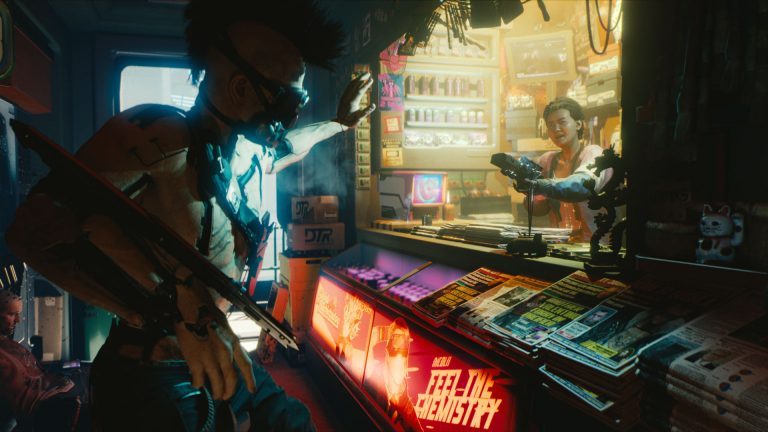 CD Projekt RED has polished off a fresh batch of Cyberpunk 2077 screenshots from Gamescom 2019 this week, and it’s looking as lush as ever. The upcoming sci-fi title is one of the biggest games on show at the Cologne-based event, which kicked off yesterday evening with Geoff Keighley’s pre-show bash. For all our Gamescom 2019 coverage, click here.

Check out the new Cyberpunk 2077 screenshots below. Cyberpunk 2077 is scheduled for release on April 16, 2020 for PlayStation 4, PC, and Xbox One. In a surprise reveal at E3, the developer confirmed that actor Keanu Reeves will be appearing in the game as a major character. Remember his on-sage antics? People loved it so much, the want his ‘you’re breathtaking‘ quote to be immortalised in the game as an Achievement/Trophy.

We’ve also heard reports that the game will feature a New Game+ mode, although this hasn’t been officially confirmed yet.

CD Projekt RED has revealed that there won’t be any pre-order bonuses in the game, which is refreshing in this day and age.