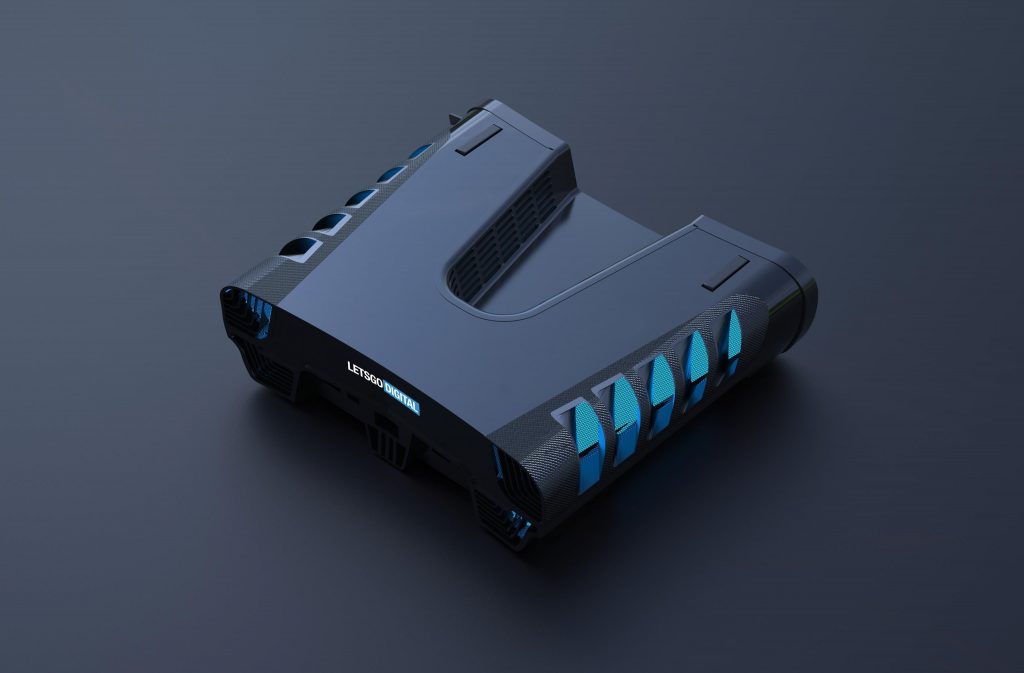 The folks at LetsGoDigital have taken it upon themselves to create a bunch of 3D renders for the recently-unearthed PS5 development kit, which was discovered in a new design patent and later confirmed by Codemasters as the real deal. It’s definitely a curious design, but we’re now able to have a better look at the device.

You can check out some of the renders from LetsGoDigital below. The PS5 is reportedly due for release in holiday 2020, although Sony itself hasn’t yet made any official announcement regarding the console’s release date. It has, however, confirmed a full lineup of features for the PS5, including PS4 backwards compatibility, a dedicated SSD for reducing loading times, ray-tracing, and 8K support.

Sony is rumoured to fully unveil the console during a PlayStation Meeting event in New York City in February 2020, mirroring a similar event six years ago for the PS4 reveal. It’s also believed that Ghost of Tsushima will be revealed as a cross-gen title, too.

Be sure to read up on how the PS5 compares to the Xbox Scarlett in terms of hardware specifications.

Finally, it has been suggested that the PS5’s GPU is powerful enough to rival that of the GeForce RTX 2700 Super, which in layman’s terms, means it’s one hell of a beast under the hood.