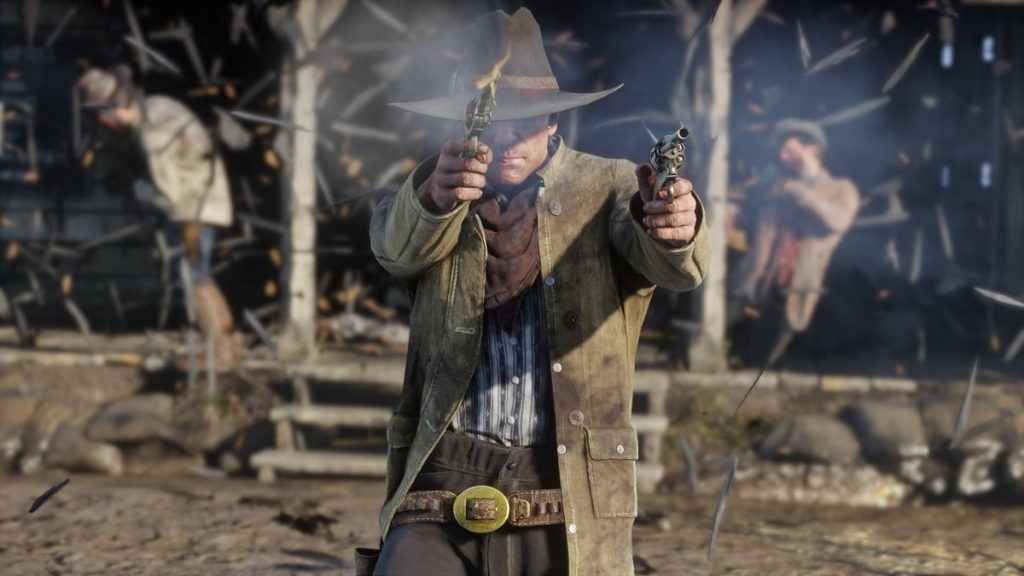 One of the optional side-quests that can bag you a lot of loot is the Red Dead Redemption 2 Jack Hall Gang Treasure Maps. You unlock these quests by finding Strangers who offer you clues to locations where the treasure can be found.

In the following guide, we’ll take a look at the Jack Hall Gang Map 1. We’ll show you the Stranger locations as well as how to find the treasure.

You’ll have to wait until near the beginning of Chapter 2 to start the first quest. The first stranger can be found just to the West of Flatneck Station in the Heartlands. You’ll have to pay $10 for the map, but the rewards are worth it.

To find the location of the treasure in Jack Hall Gang Map 1, you’ll need to open up the map. You’ll see a visual clue, and you’ll need to head to Valentine.

Just South of Valentine, you’ll see Caliban’s Seat, and the treasure you’re looking for is slightly to the South East. You’ll discover the rock in the picture below.

Head up to the rock, up the pathway and veer to the right and downwards just before you see the camp. Edge along the cliff and take a leap to jump over the gap. Keep heading towards the end of the cliff, and look for a crack in the wall. Here’s where you’ll find the treasure.