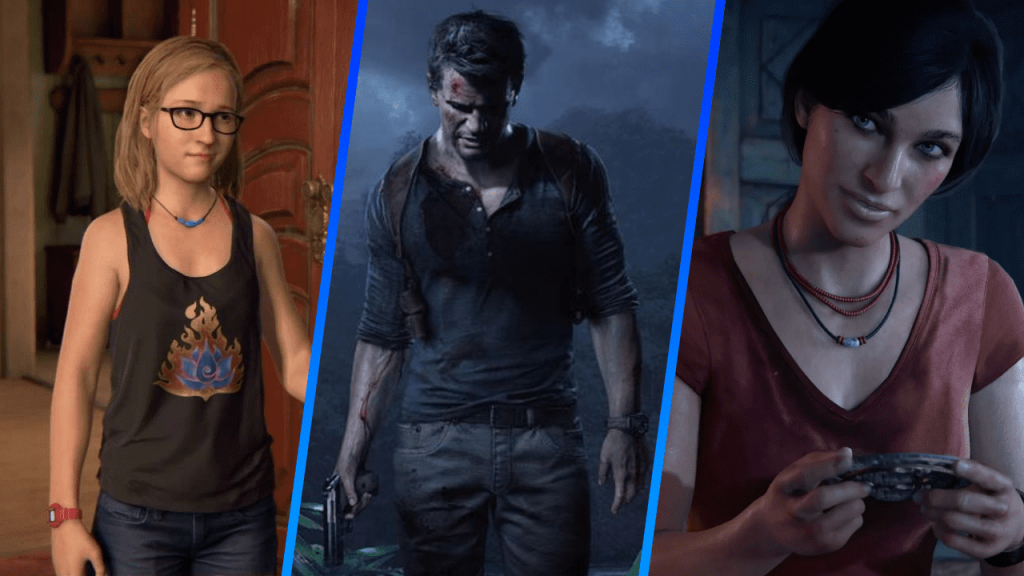 Naughty Dog’s Uncharted franchise ranks among the pinnacle of PlayStation-exclusive IPs, achieving huge success on PlayStation 3 and PlayStation 4 for the best part of a decade.

Described by series director and writer Amy Hennig as ‘adventure comfort food,’ the story of cheeky treasure hunter Nathan Drake as he embarks on globetrotting, often perilous journeys for lost riches – while finding time for a wise-crack or two, naturally – proved a winning formula, doffing its cap to the likes of Tomb Raider and Indiana Jones while weaving its own unique blend of cinematic storytelling and adrenaline-pumping gameplay.

While Naughty Dog seemingly waved goodbye to the series with Uncharted: The Lost Legacy, we can’t see Sony allowing the series to retire and mow the lawn anytime soon. It is, after all, one of the best-selling brands under the PlayStation umbrella, and its creator hasn’t ruled out a new game.

But what could a possible Uncharted 5 feature? Nate’s story was wrapped up with Uncharted 4: A Thief’s End, so is there room for more? We’d like to think so! Here’s what we expect from Uncharted 5 on PS5.

SPOILER WARNING – Be aware, there are some fairly hefty spoilers that lay beyond this point.

Uncharted 5 on PS5 – What We Want To See

Drake didn’t bite the bullet in Uncharted 4 (thankfully!), but his story is ostensibly wrapped up in a neat bow. However, that doesn’t mean we’ve seen the last of him or his family. One possible Uncharted 5 story could involve his daughter, Cassie, who appears to be a chip off the old block, so to speak. She’s sassy, eager, and adventurous in spirit, and clearly interested in following her parents’ footsteps.

Having a new female lead in the Uncharted series would be a fantastic evolution, and it worked great with Chloe and Nadine in the Lost Legacy. Plus, this would mean the series is still inextricably linked with Drake, who could easily make a cameo or two. Naughty Dog could even bring Nolan North’s alter-ego back properly if Cassie somehow ends up in trouble in pursuit of long-lost treasure – the perfect catalyst for getting Nate back in action. Personally, I think a Nate-less outing is the more likely scenario, though.

Alternatively, a prequel story would be the best bet for a possible new Uncharted on PlayStation 5. We’ve seen with Golden Abyss that pre-Drake’s Fortune is an interesting time in Nate’s life, full of equally compelling characters and exotic locations. Perhaps we could explore Drake’s earlier life as a teenager after meeting Sully? That would give the cigar-smoking chap a chance in the limelight once again, while shedding more light on the earlier days of their treasure hunting antics.

To be honest, that’s only scratching the surface. There’s Sam, Nadine, Chloe, Sully, still all living it up, any one of whom would make an ideal protagonist in a new Uncharted game.

One of the most exciting aspects of a new Uncharted game is how it would take advantage of the PlayStation 5’s horsepower. Remember when Uncharted 4 was unveiled and how gorgeous it looked (and still does)? Well, imagine how a next-generation Uncharted would look and play.

Obviously, PS5 would definitely give the series a huge facelift in terms of visuals, but that’s not the most exciting features. The DualSense controller would really play a huge part in immersing players in a new adventure, with haptic feedback giving you a real sense of your terrain, whether you’re climbing a rocky cliff face or going off-road in a jeep.

In addition, there’s 3D Audio, which should help with immersion. Imagine hunting for collectibles in a gloomy cave, the echo of swarming bats and dripping of water helping to create an atmosphere that wasn’t possible on previous hardware.

Then there’s the console’s SSD, allowing for seamless load times between locations, not to mention facilitating far bigger environments to explore to boot. The possibilities are endless, frankly.

Uncharted 5 – How Could The Last Of Us Part 2 Influence It?

This isn’t really all that of a stretch to imagine. After all, the influence on Uncharted 4 from The Last of Us was palpable, from improved stealth mechanics, enemy AI, to the darker theme of the story – and it worked great.

Given what we know about The Last of Us Part 2 so far, it’s conceivable that the next Uncharted could take a leaf out of Ellie’s brutal adventure. Perhaps we could finally have a way of upgrading our weapons? Or maybe Naughty Dog will give enemies a more human touch, as up until now they’ve only really been bullet sponges that don’t really make you feel bad for putting down in a flurry of gunfire.

In terms of core gameplay, we’d like to see Naughty Dog implement larger environments to explore, something which was flirted with in Uncharted 4 and The Lost Legacy and further expanded on in The Last of Us Part 2. Naughty Dog has said that The Last of Us 2’s locations are bigger than what they’ve done before, so why not give Uncharted 5 the same treatment?

We’re not suggesting to go open-world, far from it – just give the player more opportunity to explore and venture off the beaten path more. This would also give players more incentive to hoover up collectibles, so that aspect could be beefed up, too.

Uncharted 5 Release Date – When Will It Come Out?

Yes, this is all massive speculation right now, but when could Uncharted 5 potentially be released? Realistically, we’re probably looking at a couple of years into the PS5’s life-cycle at this point; Naughty Dog’s main focus has been on The Last of Us Part 2, and if they are the ones behind a new Uncharted (there’s always a chance it has/will be outsourced to another company), we can’t see it out for a while yet.

Then again, that’s assuming the game is even in development right now. If pre-production is only underway, then it’s probably a good four years or so off at this point. One thing’s for sure: it’s very unlikely a new Uncharted would be released within the PS5’s first year on the market, as we’ve no evidence to support that it’s in the works at the moment.

As mentioned earlier, we cannot see Uncharted being given the boot. It’s not a question of if the series comes back, but rather, when. And we can’t bloody wait.

What do you want to see from Uncharted 5? Do you think it’s a good idea to make a new game? Should Naughty Dog do something else? Let us know in the comments section below!