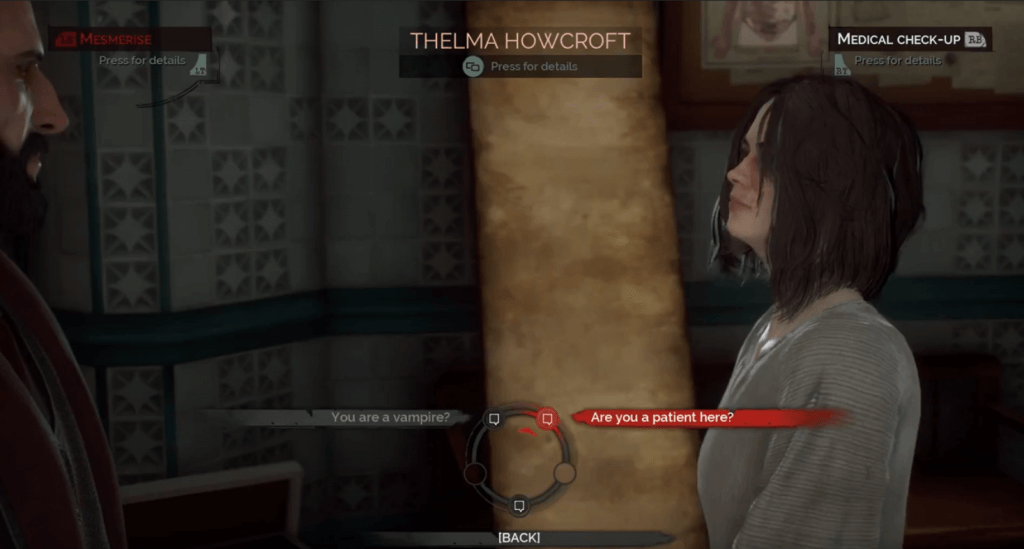 In Vampyr, former doctor Thelma Howcroft is now a patient at Pembroke Hospital. She's a bit deluded and suffers from a nasty condition called Cotard's syndrome. This is a disease in her body that rots her from the inside out!

Like other NPC quests in Vampyr, such as Cadogan Bates and Nurse Dorothy Crane, you'll get the choice as Jonathan Reid whether to embrace or kill her. You'll encounter Thelma Howcroft as part of the Wrong Target mission.

Some of the conversation threads are locked off when you first speak with her, but you can open them up and earn XP by asking the right questions. Do this, and you'll earn maximum XP. First up, just probe her a by asking:

Then, interact with the following dialogue:

You'll unlock a new side quest. Check out the Wrong Target Investigation walkthrough for a detailed explanation.

Before you head out on your new Vampyr quest, you can gain some more XP by choosing the following options:

For more on the new action role-playing game, check out the following: