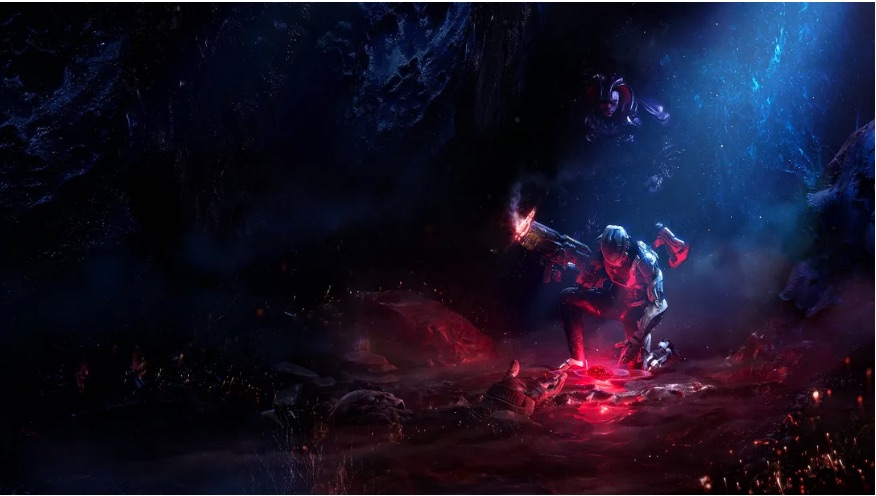 Dolmen Review (PS5) – Ever since Demon’s Souls launched on PS3, other developers have attempted to recreate the spectacle that is the Soulsborne formula.

Dolmen tries to inject a few new ideas into that beloved formula, but the end product misses the mark by a wide margin.

Your space colony discovers a new element called Dolmen. Unfortunately, Dolmen allows for parallel universes to cross each other, either allowing creatures to cross the plane or making the planes combine completely. It’s up to you to go in and learn about Dolmen and deal with the situation.

Dolmen has several strengths in its arsenal. The first comes with enemy variety. Each zone features its own unique styles of enemy. Between dying, exploration, and puzzles, each area lasts about two hours in each zone. So, enemies never overstay their welcome.

Aesthetics play into the game well. Like its enemy variety, each zone stands out uniquely from the others, featuring indoor, outdoor, light, and dark areas.

The actual refinement of the maps isn’t top notch, with many pieces of foliage or debris missing complete graphical immersion, but the efforts and thought behind the aesthetics all them still to shine. 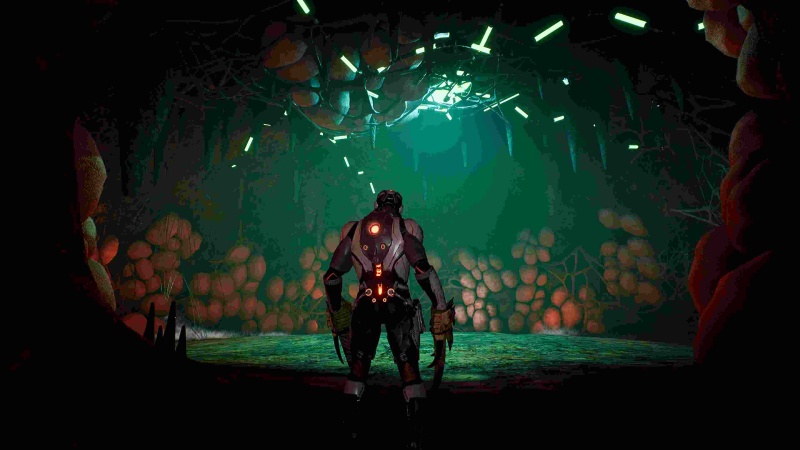 Dolmen features four different types of damage that weapons use: fire, acid, ice, and physical. These elements get assigned to weapons automatically as you make them. They all inflict different status ailments, with physical as the obvious exception, such as decreased movement speed or lowered defense.

You collect materials from enemies and then use them to construct weapons back on your ship. Depending on the items you use, you can increase certain stats you want, like attack damage, critical damage, and defense.

These two crafting mechanics don’t delve any deeper than crafting upgrades of the same armor.

The game’s simplistic approach plays to its strength, allowing you to focus on gameplay. You can even respawn each boss so you can farm materials for some different gear.

Unfortunately, the simplistic approach seems to be a product of limitations and not a creative decision. 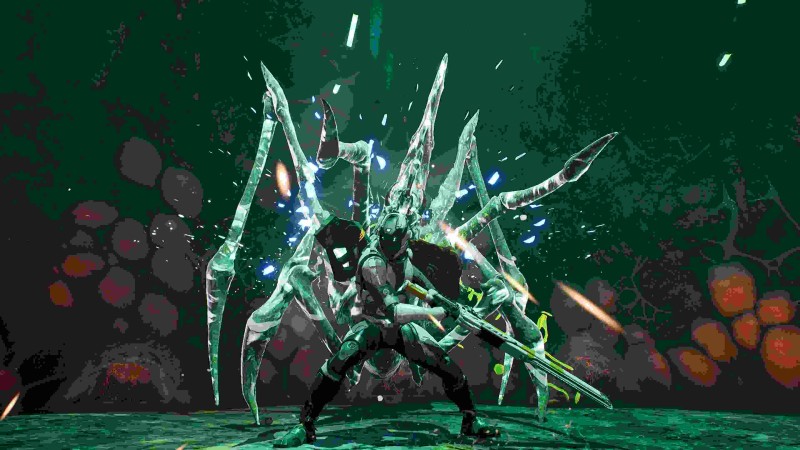 The Long Road to Nowhere

Big maps create their own danger. Filling them well is paramount to a successful game. Dolmen makes large linear maps and barely puts anything in them.

You spend a large amount of time running through empty corridors or across wide empty fields. You find a few aliens with items along the way to make exploration not feel like a complete waste, but they don’t supplement the level of exploration that Dolmen requires.

Most of the time, one large room has only one enemy in it, further creating empty exploration time.

Combined with all of these issues with size is the consequence of dying. Like all Soulsborne-like games, you need to recover your experience from your corpse before you die. Most boss fights stand too far away from respawn points, which are already infrequent to begin with.

Many fans of the genre could just call this “unforgiving,” but there’s more to it than just this.

Fighting The Game More Than The Enemies

Combat itself adds more hazards than you already face from enemies. What I mean is that mechanics are far too inconsistently programmed to not feel cheated, even when you win.

Many times, enemy attacks don’t land when you stand inside the outer edge of their swing animation. Other times, your attacks don’t hit home in the same fashion. 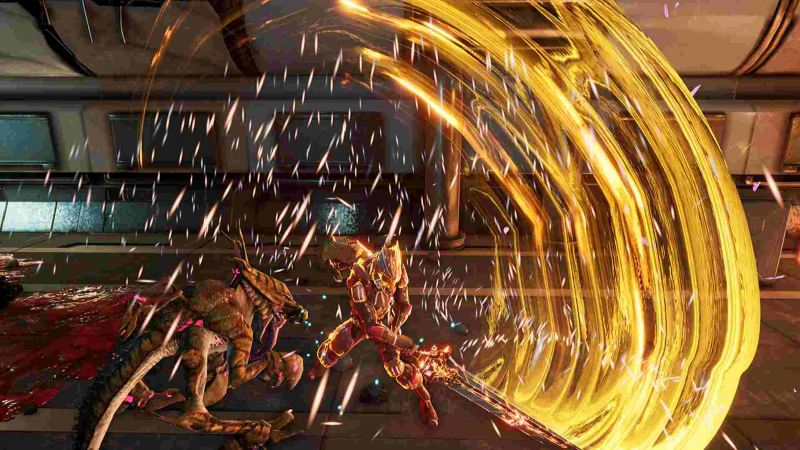 Several times, I ran back to a fight feeling cheated just because my animation went through the enemy but didn’t deal the final blow. When I finally won, I won only because I forced the exact same animations to repeat so I could chip away at their oversized health bars.

Many enemies charge you, but these charges only stop when they either hit you or a wall. That’s not an exaggeration. I literally mean that an enemy charge animation can take it from one side of the room to the other as long as nothing stands in its way.

You acclimate to dodging these attacks, but getting hit from across the room when your camera lock falls off just cheats you out of a chance of victory.

You can go online and fight bosses with up to three other players. Connections work well enough, but the fights grow infinitely easier and still feel like hollow victories.

At the same time, having to farm very unique reagents just to start an online session makes the effort even less worthwhile.

Can’t Even Keep Your Distance

Then, guns come into play. Using all good Soulsborne titles and clones, they understand that a balance between player limitations and capabilities need to meet somewhere. The most recent example I know is with range attacks in Elden Ring.

Arrows don’t fly at the actual speed of a projectile in real life. They fly at a lower speed to give you enough time to react as long as you see it. 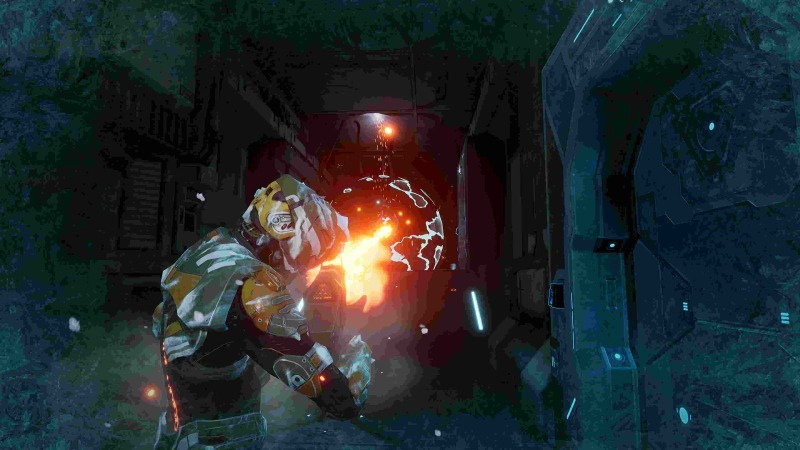 Dolmen makes all range attacks fly in real time. All other aspects of combat play out at the same pace you normally find in these types of genre clones, but projectiles fly fast in Dolmen. Dodging these becomes more about circumstance and not about capability.

All in all, combat feels cheap and often requires you to memorize attack patterns and hope that all the animations behave the way they should. Like I said before, winning never feels fulfilling.

That makes a challenging game like Dolmen a cheap clone of the Soulsborne genre.

Better Fish In The Sea

Dolmen tries to take the Soulsborne formula into an outer space setting. Unfortunately, all it does is show you how to spoil potential. Map and enemy design excel, and crafting weapons even adds a bit more to the concept.

Where Dolmen needs more attention is its combat, which is the bread and butter of these types of games. Hardcore fans of this genre may want to try it, but I wouldn’t recommend it even to them.

The game isn’t broken, but it’s too inconsistent to feel anywhere close to a complete package.

Dolmen attempts to add some potentially good ideas into the Soulsborne formula. Unfortunately, it misses the mark far too many times in important areas to make it worth the effort you need to play it. Great level aesthetic and enemy design are wasted on far-too-flawed combat. With so many other Soulsborne clones available, Dolmen can easily be passed up.