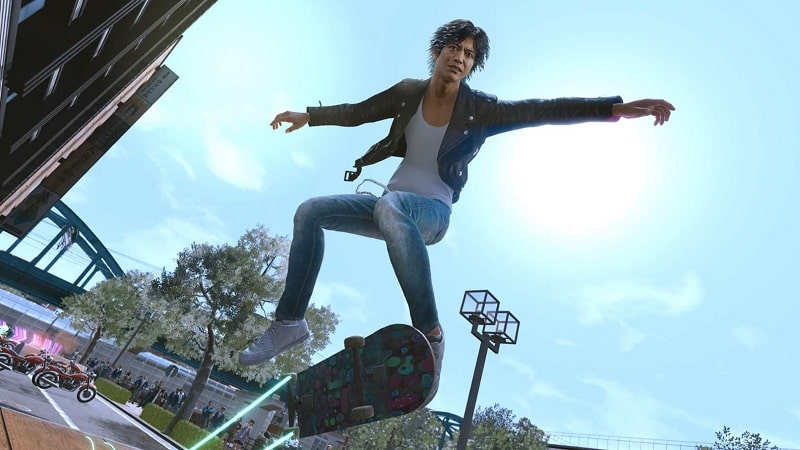 Lost Judgment PS5 review. Let’s be honest, spending a night on the town with Lost Judgment protags Yagami and Kaito would be one heck of a ride. From chasing dudes dressed as biological dolls down school halls(!) to singing karaoke, dancing, skateboarding, hitting up the local arcade and engaging in a spot of ultra-stylish street violence with a bunch of random goons, it’s fair to say that these fellas know how to have a good time.

Like Judgment before it, Lost Judgment continues that grand tradition pioneered by the Yakuza series of deftly balancing the tonal tightrope between utter absurdity and super serious dark stuff. The difference this time is that as a spin-off, Judgment finally feels confident in its own skin – forging a new identity for itself in the wake of Yakuza: Like A Dragon transformation into a full-blown turn-based RPG. It’s just a shame that owing to a series of frustrating circumstances, that this could very well end up being the last we see of Yakgami and friends – and based on the evidence here, that would be a crying shame.

In Every Way A Bigger, More Superior Offering Than Its Predecessor

Split between the cities of long-time Yakuza stomping grounds Kamurocho and Isezaki Ijincho; the latter of which players should recognise from Yakuza: Like A Dragon, the Yagami Detective Agency is back at it again as they attempt to get to the bottom of an especially gruesome murder and seemingly connected arrest of a subway groper. 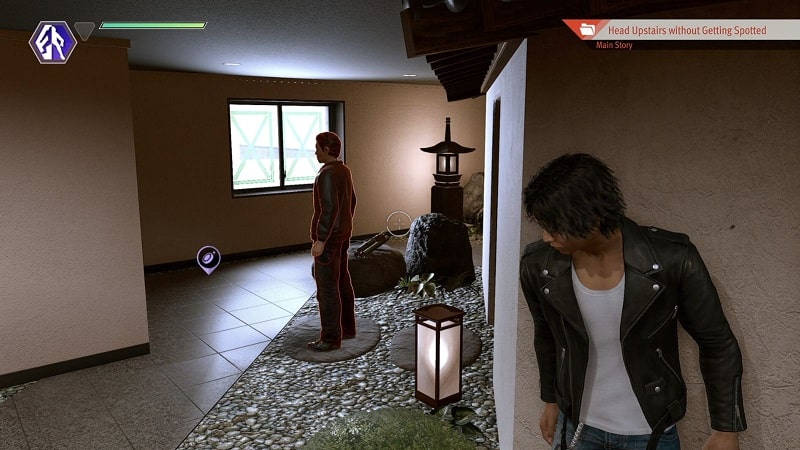 Akin to the previous Yakuza spin-off Judgment, it’s certainly fair to say that the stakes in Lost Judgment aren’t quite in the same orbit as those of the mainline Yakuza series. There are no massive big swinging phallus Yakuza turf wars and no all-encompassing government scandals to speak of here and yet, despite the relatively smaller scope of Lost Judgment, it ends up feeling more intimate and ultimately grounded than the many of the mainline Yakuza games as a result.

Equally, in the same way that we’ve all grown to love Kiryu, Date, Majima and the rest of the gang from the mainline franchise, so too have Yagami, Kaito and the rest of the Yagami Detective Agency grown on us as a loveable band of rogues for whom we hang on every word. As ever, Yagami (given charismatic life by the likeness and vocal talents of real life Japanese icon Takuya Kimura) is the heart of Lost Judgment, cutting a much more laid back and suave figure than the Fourth Tojo Chairman that always keeps you interested in whatever he gets up to next. He’s smug, he’s funny, he’s a goof, he kicks ample amounts of ass – he’s brilliant.

For those who have played any of the mainline Yakuza games prior to Like A Dragon or the previous Judgment title, Lost Judgment’s gameplay beats will feel like slipping into a hot bath – both welcoming and warmly familiar. As Yagami, Lost Judgment has players romping around beautifully rendered takes on real Japanese locations (recreations of the real-life Kabukichō and Isezakichō districts as Kamurocho Isezaki Ijincho, respectively), taking on side-quests, indulging in a range of esoteric side activities and progressing the main story. 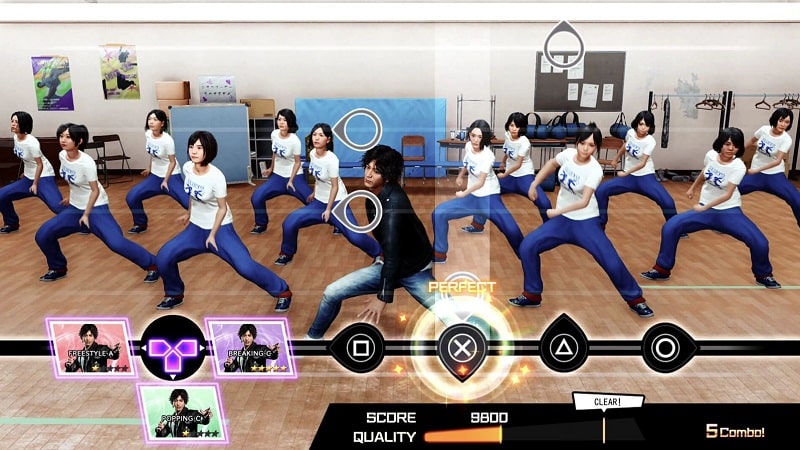 While there is a bespoke focus on surveillance, tailing folks, wearing disguises and gathering evidence that has been carried over practically wholesale from the previous Judgment game (Yagami is a detective after all), Lost Judgment does add in a number of wrinkles to the proceedings. The first among these is Yagami’s newfound parkour ability which allows him to climb, swing and leap off of and around structures in a way that he wasn’t just able to in the previous game. More than just for the sake of appearances, Yagami’s newfound agility opens up a range of neat side missions and heart-stopping chases that provide a nice, pulse-pounding intermission to Lost Judgment’s slower story beats.

Speaking of the story, Yagami’s trip over to Isezaki Ijuncho is not without cause. Invited over by Robin Hood style street bandit Fumiya Sugiura (you might recall him as the parkour obsessed masked lad from the previous game), Yagami soon discovers that Sugiura, together with ultra nerd Tsukumo (also from the previous game), have started their own detective agency. Rather than the scattershot focus of Yagami’s own agency, Sugiura and company instead investigate high school bullies and seemingly smaller cases which in true Judgment fashion all manage to somehow dovetail into a much larger investigation which wide ranging ramifications.

Without giving away too many spoilers, it’s also worth noting that away from the comic absurdity, the main plotline of Lost Judgment boasts of the darkest storylines seen in either the mainline or spin-off series. Taking in themes of bullying, sexual assault, suicide and abuse, it’s certainly fair to say that there’s a whole heap of heavy stuff in Lost Judgment that some folks might feel uncomfortable with. That said, it never feels like such themes have been employed for the sake of shock value, but instead all combine to create a meaningful foundation for what is certainly a satisfying ending. 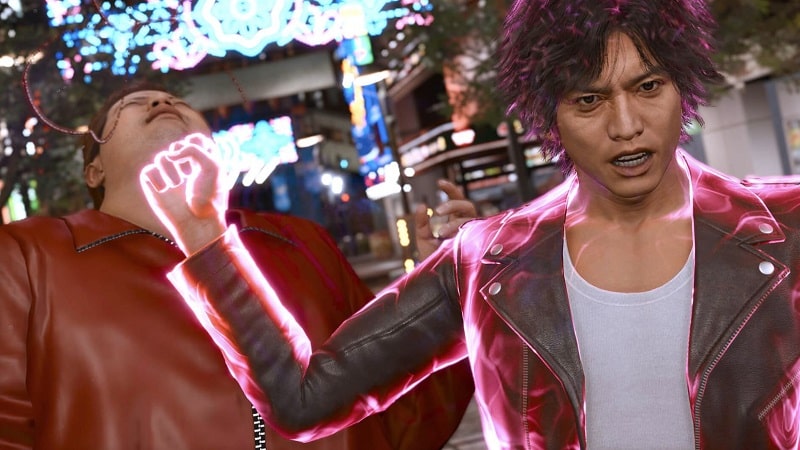 Nonetheless, while the Yakuza games and the Judgment spin-offs have long prided themselves on their ability to skilfully oscillate between goofy and serious themes, because of the grimdark nature of Lost Judgment’s main story, it comes as a little surprise that the game leans deeper into the comic side of things in order to provide an effective thematic counterbalance – and it works.

Yagami’s ability to get around the bustling hub of Isezaki Ijincho is also given a boost in Lost Judgment, thanks to a handy new skateboard that our hero comes across early in the game. Despite being somewhere quite north of forty years old (*cough* if I had to guess), not only does Yagami look cool riding a skateboard, but it actually allows him to get around the city much faster than he would be able to otherwise. It’s a neat little addition that while cool on the surface, actually turns out to be a much appreciated quality of life improvement that makes traversal all the more satisfying as a result.

Another addition is that of a Shiba Inu dog (don’t ask, honestly, it’s just better that way) that helps Yagami and Co solve cases by sniffing and fetching clues as required. It’s mad, mad stuff, but this is a game that takes place in the Yakuza universe so in a way it makes a whole lot of (nutty) sense and certainly contributes to the more absurdist end of the tonal tightrope that these games so effectively manage to walk. 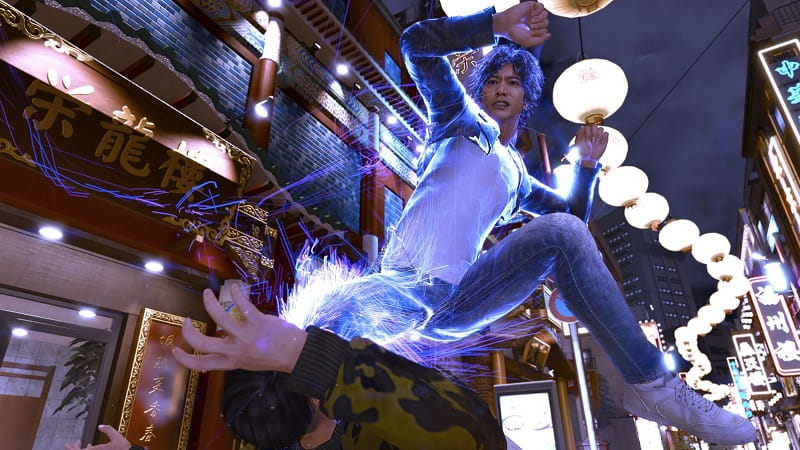 Quite simply there is a butt-load of stuff to do in Lost Judgment and in this respect, Sega’s latest effort has more side quests and activities than its predecessor or any game in the mainline Yakuza franchise. Neatly, Lost Judgment’s setting ties into these extra missions and activities in a way that makes sense too, as Yagami gets involved with the local school in Isezaki Ijincho (don’t worry, it makes sense) and can take part in a number of clubs which include such activities as dancing, boxing and more.

Impressively, there’s a whole set of progression systems that are tied into these clubs too – meaning the more you indulge in a particular activity, the more side quests become available and the better loot you get in the long run, not to mention it all has the nice side effect of progressing an array of separate and gloriously goofy storylines too.

And then, there’s a whole heap of incidental stuff to do on top of that which helps to keep things varied yet further still. From flying drones to hitting up your local arcade, chasing UFOs and collecting (and playing) a range of Sega Master System games, Lost Judgment will keep you go entertained for well over a hundred hours and even better still, all of these activities are tracked by a persistent progression system that rewards you for getting stuck in. 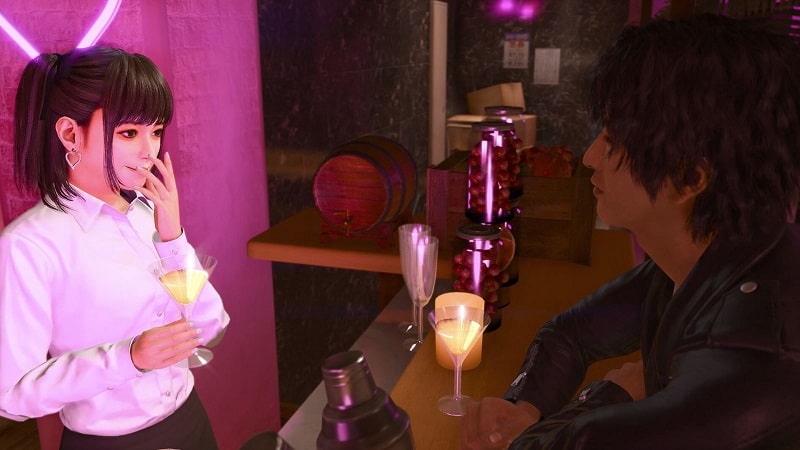 Then there’s the combat. Easily the biggest distinction between Lost Judgment and the turn-based battles that the Yakuza franchise seems to now be embracing, the combat is obviously reflective of the earlier Yakuza games but is more sophisticated and satisfying than any of them. While the crowd controlling Crane style returns alongside the singular target focused Tiger style, Lost Judgment also gives players a third style to play with.

Representing a completely different approach to combat than the other two styles, the new Snake style is all about counterattacks and mixing up strikes and throws to keep foes off balance. Thanks to the predicated flow of the combos in Snake style, it can take longer to get used to than the other two styles as it initially feels less responsive at first. However, when taking on a single strong target or additional targets on the flanks, Snake style soon became my favourite style as it felt equally empowered in both attack and defense.

Ultimately though, taking Yagami into combat remains an effervescent joy. With his ‘self-taught’ hyperkinetic, ultra-acrobatic fighting style, Yagami’s extravagant takedown moves and leaping attacks would appear to crib as much from Lucha Libre as it would do traditional combat styles. In short, Yagami’s flamboyant methods for kicking ass are as visually appealing as they are to pull off and Lost Judgment’s myriad of challenging encounters prove to be the perfect way to showcase them. Basically, if you were turned off by Yakuza: Like A Dragon’s turn-based tactical beats, then the furiously smashmouth, arcade combat beats of Lost Judgment will prove to be a breath of fresh, but familiar air. 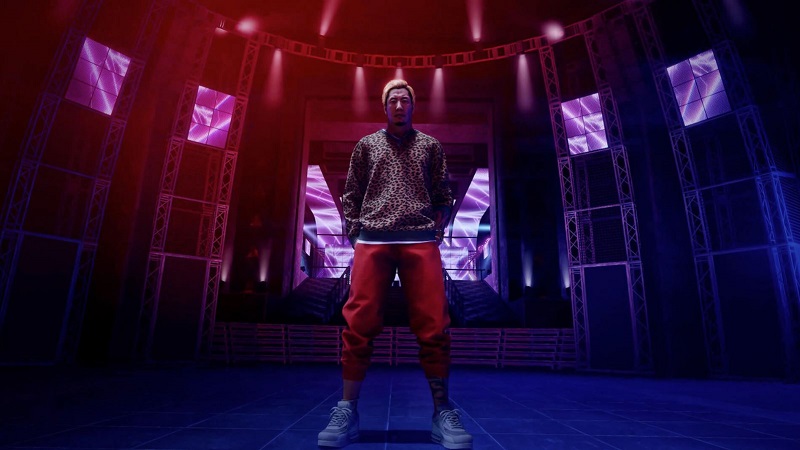 Visually speaking, Lost Judgment is also a significant improvement over its predecessor too. With some superbly detailed character models (even non-main characters look great) and evocative cityscapes that are bursting with more detail than ever before, it’s clear that Lost Judgment is a step above both its predecessor and Yakuza: Like A Dragon. Speaking of which, just like Yakuza: Like A Dragon, Lost Judgment also allows players to toggle between resolution and 60 frames per second performance focused modes – but the choice is clear; with such an emphasis on rapid traversal and real-time combat, not playing in its performance mode is just playing the game wrong. Plain wrong.

With Lost Judgment, Sega’s Yakuza spin-off is currently well on track to eclipse the series it was borne from – the thing is, the Judgment series my never tragically realise such ambitions thanks to the rights squabbles that threaten its very existence. Regardless of the outcome though, with Lost Judgment we’ve got one of the most polished and downright enjoyable action adventures of the year – so let’s just leave tomorrow for tomorrow.

A fantastic action adventure that taps directly into the root DNA of the Yakuza franchise, Lost Judgment not only manages to simultaneously boast both the darkest and the goofiest storylines of any title in the series to date, but it also stuns the player with an absolute avalanche of hugely entertaining side quests and activities. More than that though, Lost Judgment also provides solace for those who found themselves turned off by the turn-based combat system that the mainline Yakuza series now seems to favour, while welcoming newcomers to one of the best new Japanese franchises of the last two decades.