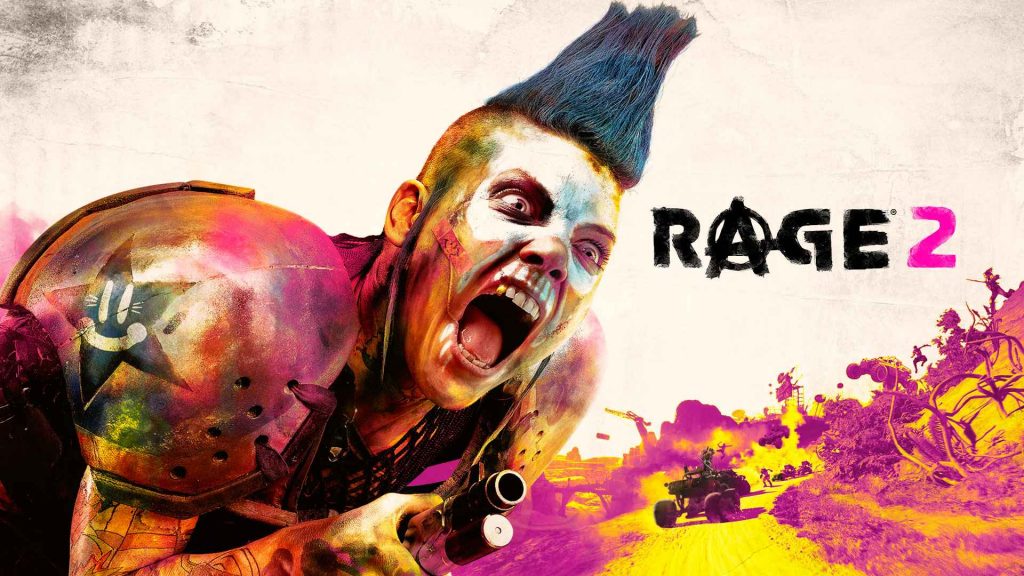 A few years have passed since Rage landed on last generation consoles and since then the scenery has changed drastically. One big thing that made Rage special was how it managed to make such a gorgeous game with the limitations of previous consoles. Now that it seems that those limitations are far less imposing, does that mean Rage 2 has the makings of an instant classic?

You are the final Ranger

Rage 2 has a very simplistic narrative. You play as Walker, a mysterious stranger that finds themselves in the midst of an exchange with the game’s main baddie, General Cross, and the rest of the Authority. Your allies, the Rangers, all get wiped out in the exchange, leaving you to don a Ranger uniform and become the last remaining of that number.

In a last-ditch effort, you follow a string of hologram messages to begin a secret initiative to thwart the Authority for good.

The narrative beats send you from place to place, defeating enemies along the way, with little getting in your way in terms of progression. Every once in a while, a different requirement lands in your lap, such as a race or a specific fetch quest across the map, which adds a bit of variation to the game. All in all, Rage 2 has a very simplistic formula: point, shoot, and collect. Ultimately, this plays to the game’s favor. It never tries to be anything more than what it is, while it also offers up a lot of different things from many different games. It is by definition the expression, “Jack of all trades, and a master of none.”

Combat is the real reason to play Rage 2. Its inspirations are obvious, the clearest one being Doom. Other, more subtle influences come from Mad Max, another Avalanche game, as well as Bulletstorm and even a Borderlands-esque, colorful aesthetic.

Different weapons and abilities offer up many different ways to take out your enemies. Kills can be linked into combos as well, offering up arcade style sensibilities to the visceral gun play.

Rage 2 specializes in combat and upgrades

Nanotrites are a big part of Rage 2. Acting like Force powers, Nanotrites allows you to open certain chests, unlock Arks, and utilize an expansive list of abilities to take on enemies. In the heat of battle, Nanotrites contributes greatly to the arcade feel to Rage 2. Enemies often throw out electrical arcs and heavy attacks at you, and you have to use different Nanotrite abilities to either deflect or avoid them.

It is in this part of the game when Rage 2 is most successful. All skills and weapons are accessible, and defeating enemies is both simple and satisfying. Things like Vortex, Barrier, Slam, and Shatter add different ways to dispatch enemies, and they’re all very satisfying to use. With how varied enemy types are on the game’s vast map, figuring out the best ways to defeat enemies makes for a good time on its own.

The world itself is its own kind of appealing. As you run around, different locations pop up for you to explore, and each one offers its own objectives. Some are enemy dens you have to clear out, some are Arks for finding new Nanotrite skills as well as stronger weaponry, and some are hovels where you discover what happened to other fallen Rangers. Some locations are tiny, surface-level forays. Others meanwhile are deep caves or warehouses with tons of rooms and crannies to search.

Each of these locations also has specific objectives and sub-objectives to complete too. Finishing all of these yields experience with specific factions that unlock specific upgrade items for Nanotrites abilities, weapons, or vehicles. Most of these are region-based, offering up specific rewards based on the head ally you have in that area. Either way, there is a ton of stuff to find and explore, even if repetition plays a big part in completing the game.

There isn’t much to say about odd pacing, since most of Rage 2 is spent roaming the open world. You drive most of the time, but random races and car battles have you interacting with things along the way, should you so choose. Couple that with newly discovered locations, and you’ll always have things to do.

This is the formula for Rage 2: There’s always something else to do, even if it’s not exactly amazing. That’s not to say that the game is dull, by any means. Combat is silky smooth and visceral in all the right ways.

However, sameness is a big part of the game. There’s very little to make it feel varied along the way. Sure, new abilities and weapons add to how you can tackle these events, but that’s the scope of the variety. At the same time, Rage 2 shows its cards at the very beginning and commits to it. It never tries to be anything more than it is, which is a do-what-you-want romp through a post-apocalyptic world, shooting whatever you see and collecting tons of upgrades.

I never got bored, but I never got incredibly enthused either. There’s always enough motivation to keep going without desensitizing you to any of it. I’d say it makes for a great between-games game that lets you just go nuts without having to commit too deeply to it.

A couple oddities stand out as well. In particular, menus have hefty lag when toggling between sub-menus. Granted, the risk is low, since the game is paused when you open the menu. However, this makes for an odd juxtaposition when compared to the game’s smooth performance. It never gets in the way of things, though. This is an optimization that will probably be remedied in the near future by a forthcoming patch.

Lighting becomes an issue in dark areas. Walker has no flashlight of any kind, so many caves and poorly-lit buildings are pitch black. These are usually small, inconsequential areas that are easy to move on from, but they appear frequently enough that a flashlight would have benefited the exploratory elements of the game.

Tutorials are the last major peculiarity to Rage 2. When you open an Ark and obtain a new weapon or skill, you jump into a tutorial where you test your newfound tech against AI enemies. In the long run, this helps to really showcase all the nitty-gritty things you can do with the game’s spread of weapons and skills, but it doesn’t feel organic or natural to the presentation as a whole. Such tutorials ostensibly act to the detriment of Rage 2’s momentum, ultimately.

Rage 2 commits to its strengths

All in all, Rage 2 offers up very fun gameplay with a very bare bone narrative to keep you moving along. Exploration and destruction is the name of the game, and Rage 2 never denies that fact. The world is fun to navigate, and combat is the right kind of satisfying. Oddities and sameness show their faces early and never really leave. They more or less just hang around rather than get in the way of a good time.

If you’re enjoying Rage 2 – why not check out our Rage 2 guides below:

Rage 2 has room to grow, but it's also a great game to pick up and play. Combat is visceral in all the right ways, and exploration is always rewarding. A few technical issues and a general sense of sameness keep it from pure excellence, but Rage 2 still represents a good time.