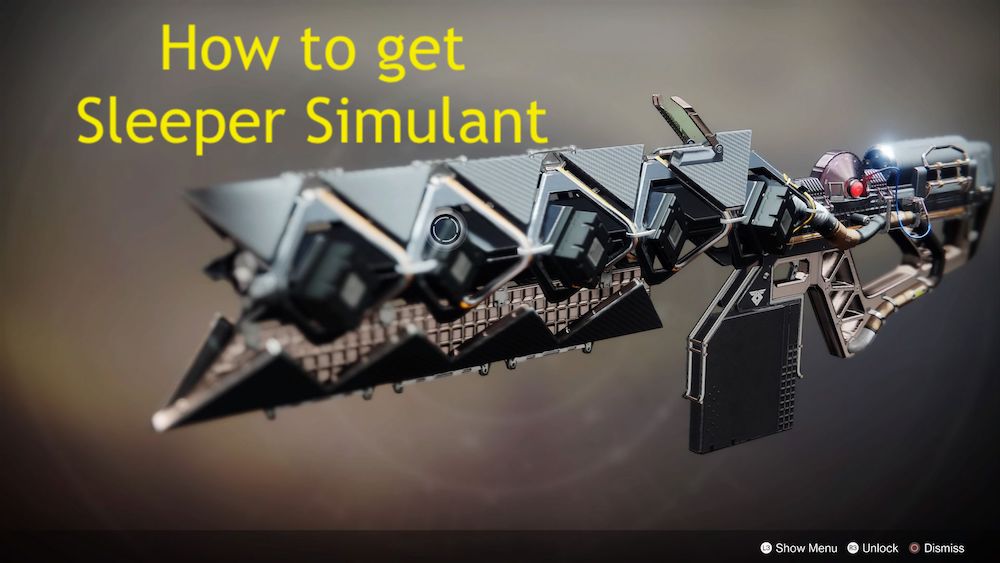 Sleeper Simulant is a Linear Fusion Rifle first introduced back in the original Destiny. Most anticipated this rifle as being the best weapon in the game. Sadly it underwhelmed. However, it wasn’t until Destiny 2 that the gun really shined.

While Bungie has nerfed Sleeper on multiple occasions, it still packs a heck of a punch. For a Gambit player Sleeper can decimate in the right hands, as well as in many PVE activities. Its magazine size has been cut down as well as its target acquisition, both of which now favored because of the headache it causes opposing players in Gambit. Nevertheless, Sleeper is a gun you want access to, and here is how to acquire it.

This is as simple as it sounds. Once you complete Warmind, you will be automatically given the next step of the quest.

Complete all the quests available on Mars.

Upon completion of the main campaign of Warmind, Ana Bray will unlock new quests that will be marked by blue crown icons on the Mars map.

Once you complete all new Quests on Mars, Ana will reward you with a new energy Hand Cannon. This Hand Cannon is still considered to be one of the best in the game, and that is good news. After getting this gun, you will need to get the kill quest meter to 100%.

This step is fairly straightforward. Equip the Hand Cannon and jump into the Heroic Strike playlist.

These Sleeper Nods are all over the map of Mars. When you complete levels of Escalation Protocol or Public Events on Mars, you are rewarded Resonant Stems. When you combine three Resonant Stems, you create a Sleeper Nod key. These keys will have a vague riddle, hinting at where its corresponding Sleeper Nod is located. When you get close to these nods, you will hear classical music playing and eventually find the spinning, glowing, Sleeper Nod. Once you collect fifteen of them, this step will complete.

At this point in Destiny 2’s life cycle, this step is almost soloable. At the launch of Warmind, it was all but impossible. However, with the increased Power level, you and a friend will breeze through this step.

Complete Will of the Thousands Strike with IKELOS equipped.

We are in the home stretch. Make sure you have the IKELOS Hand Cannon equipped and jump into Will of the Thousands Strike on the map of Mars.

Congrats. You are now the owner of Sleeper Simulant.

In the right hands, every Exotic is dangerous. Our goal at PSU is to explain how to get every Exotic weapon so you can find your deadliest setup. Sleeper is one of my personal favorites, and I hope you love it as much as I do.

More Exotic weapon guides are on their way! In the meantime, we will be reporting on all the news for Destiny 2 as well as releasing tips and tricks guides. So, as always, keep your eyes up to PSU, Guardian.

Here are some more of our “How To” guides for exotics weapons below.