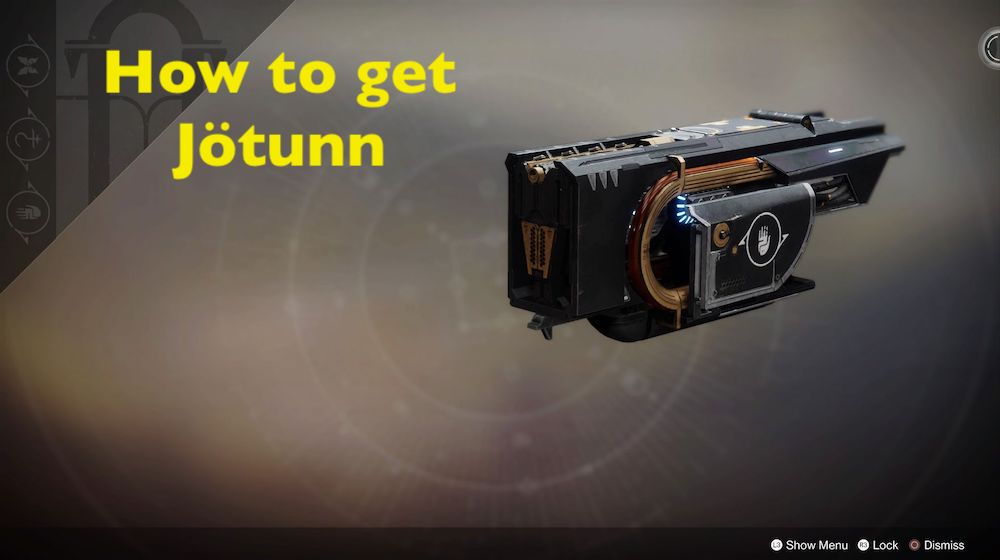 With the launch of Shadowkeep, the way Guardians acquire Jötuun and Le Monarque has changed. No longer can you pick what Forge to complete. These Forges are now on a Daily rotation that can be accessed from the Earth Patrol map. Because of this you can no longer forge Powerful frames and hope for these weapons to drop because the Forge you may need might not be the Forge of the day. However, to combat this Bungie has made Quests to accompany these weapons. Here is how to get this epic Fusion Rifle.

Visit Ada-1 in the Tower and pick up A Giants Might quest.

Pick up Jötuun from Ada-1 in the Tower.

Jotunn is one of the most versatile weapons in Destiny 2. From a hard-hitting missile-like projectile to the fast charge rate to the slight tracking the gun has, not much can withstand a shot from this gun. The gun itself is obtained by luck, unfortunately. However, there is only one place to get such a great weapon: The Forge.

With the launch of Season of the Forge came four forges to unlock. The forges will be unlocked with the completion of the quests tied to them. However, two forges, Volundr and Bergusia, will be unlocked from the start of The Black Armory. In order to have a chance at Jötunn, you will need to complete powerful frames in the Bergusia forge. This sounds harder then it actually is.

To get a Powerful frame, you must have Ballistic logs. These logs are given to you by Ada-1 for completing bounties and completing forges. These logs will be the currency to buy a powerful frame of your choice. The initial quest for The Black Armory will show you how to forge the Black Armory weapons. Depending on the Powerful Frame, you pick up a series of tasks to complete in order to have the frame ready. Luckily, it does not matter what frame you have, as long as it is a Powerful Frame not yet forged that week.

Unfortunately, you only have the opportunity to forge two Powerful frames a week, unless you save up your Ballistic logs from prior weeks. However, this process isn’t just for Jotunn. Le Monarque, an exotic bow that poisons, also has the same process for acquisition. We have laid out exactly what to do here. However, the best process seems to use Bergusia forge. This forge will complete any powerful frame, even if they have a specific forge listed in the completion step.

We will be systematically going through all the exotics in Destiny 2 and how to obtain them. These exotic guns can be game-changers, and we want as many players starting, or returning to, Destiny 2 for Shodowkeep to be fully prepared. Nevertheless, be sure to check our other Exotic “How to” guides below, and always keep your eyes up to PSU, Guardian.

This is how to get: