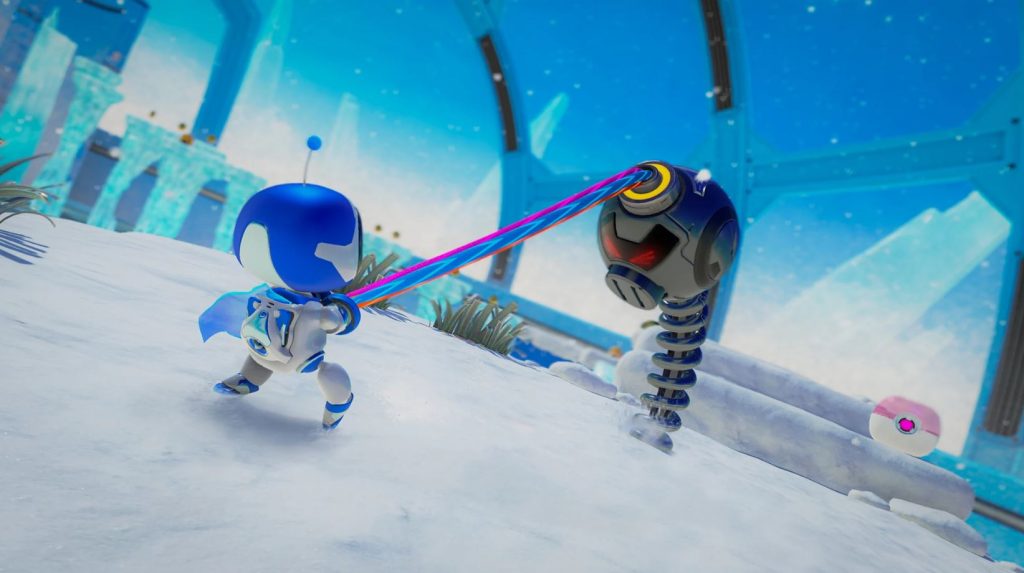 The new gameplay is quite brief; however, we do get a look at a couple different levels and environments. Geoff also says that he can hear a sandstorm and snowstorm inside the DualSense controller when Astro Bot is in the middle of one.

You can watch the small snippets of gameplay below:

Astro’s Playroom was announced back at the PS5 reveal event last month. The day after it was revealed that the game will be pre-loaded onto every PS5.

Alongside showcasing the first Astro’s Playroom PS5 gameplay, Geoff Keighley also gave his thoughts on the DualSense controller, as well as revealing the first size comparison between it and the DualShock 4.

He then hosted an extended interview with PlayStation’s head of marketing Eric Lempel, which you can watch here. In that interview, it was revealed that PS5 pre-orders will be announced before they go live. Sony will also go over new PS5 and DualSense color schemes at some point.

Astro’s Playroom will launch alongside the PS5 this Holiday, preloaded on every console.