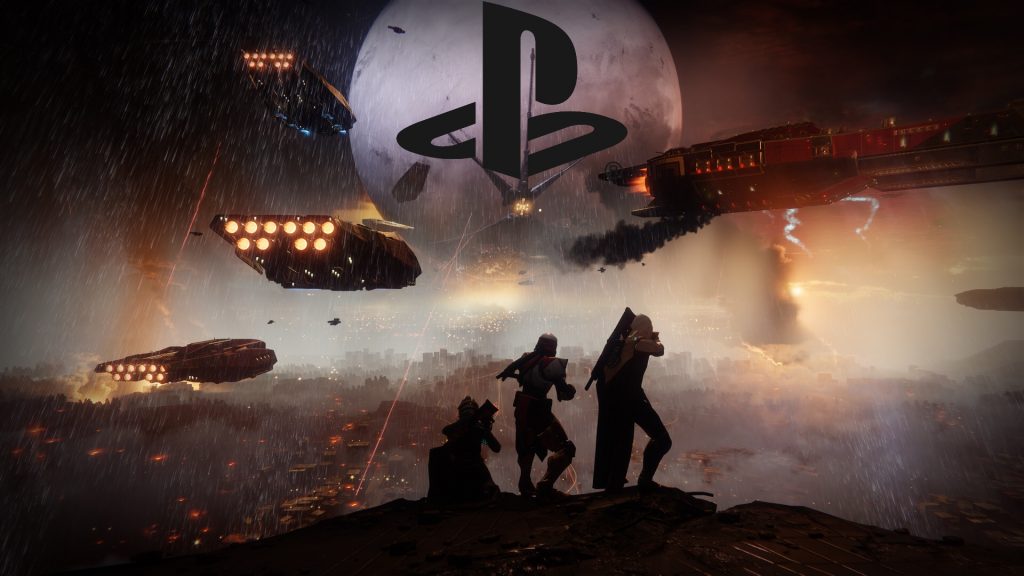 Today, Sony and Mark Cerny dropped some bombs on the gaming industry. In an interview with WIRED, they released some major information about PlayStation’s “next-gen” system ahead of its confirmed release during Holiday 2020.

The Future is Now

The PS5 will include 8K support, PS4 backward capability, PSVR capability, a built-in SSD, and more. All of these features have been previously reported on by PSU and elsewhere, but this leaves me with one question: What about my live games?

It’s no secret how much I love Destiny. If you follow me at all, it’s pretty much all I talk about. Don’t get me wrong, I’m super excited about all of these new features coming to the PS5. However, I’ve invested almost six years into Destiny, and I want to continue. I know others feel the same with games like Warframe and now Anthem.

These games are appealing because you can live in the world, and it persists even if you’re gone. So when Sony announced PS5 will be backwards compatible with PS4 games, I was relieved. Not just because I get to keep and reuse my current library, but also because of continued support of live games.

Destiny, in particular, isn’t a stranger to splitting game worlds. When the original Destiny launched, it was separated between PS3 and PS4. Your character could transfer between the two, but the player base was segregated. However, this might not be an issue with PS5. With PS4 games running natively on PS5, there is no rush or pressure on Bungie, BioWare, or Digital Extremes to release PS5 games. Alternatively, these companies can release patches to bring these games up to PS5 standards.

With this process, you can maintain your current player base without pushing them to buy a new game in the series or restart their character. The drawback to this approach, however, is the game won’t be able to take full advantage of the new architecture.

Although, this isn’t impossible. Digital Extremes has proven multiple times that their game can run above average on anything they put it on. So the question still remains: What will these games do?

Warframe is in the best position to maintain what they have started on PS4 into PS5. With their game being free, there won’t need to be any new software to purchase. That coupled with how much farther along Warframe PC is to Warframe PS4, we will most likely just see a closer game to the PC version. PS5, when released, will be the most powerful game system to date, and Digital Extremes will have a slew of new toys to work with. I have little doubt Warframe will thrive in the new PS5 ecosystem.

Anthem is in a very different predicament. We haven’t had much time with the new IP from BioWare, so we aren’t sure if they had sequel plans, or to release expansions. If sequels were in the pipeline, even if they are years away, I wouldn’t be surprised to see an Anthem 2 on PS5 as a restart. Much like how Destiny did with Destiny 2, although a new console launch would be a great time to effectively relaunch an IP.

Bioware and EA overplayed what Anthem was ultimately going to be, even if they didn’t realize they were making promises they were not to able to keep initially. The PS5, however, would allow them to bring these promises to fruition; at least from a purely technical standpoint. Anthem, among other things, suffered greatly from trailers and announcements that looked better than anything we actually got.

Only time will tell how Anthem will fare as we transition into the next generation of PlayStation. Sadly, I don’t think it will be positive.

Out of all the games we will be talking about, this one is the one I’m most interested in. Destiny has had a bunch of shortcomings certainly, but its also the leader in live games on console.

However, its future has never been so unclear. Recently, Bungie cut ties with its publisher, Activision. Now that they have complete control, we are unsure what Bungie’s intentions are with their IP. When announced, Destiny was supposed to be a game that lived for the next ten years as an ever-growing and evolving world.

This was hindered by the fact that Destiny was released on last-gen systems at the same time as the new PS4. This made walls and limitations, so Bungie had to restart with Destiny 2.

Recently, we found out that Sony might have stopped Bungie from doing character transfers. This may not be related, but it does put Bungie in a predicament. Bungie and Sony have been very close throughout the life of Destiny, but was that a Bungie/Sony relationship or an Activision/Sony one? We may find out with the launch of the PS5.

Now that Bungie are effectively the commanders of their own ship they will need to be careful not to upset fans or platforms.

Presently, we are unsure if we will get another reset with Destiny 3 or if Bungie will be content to maintain and evolve Destiny 2. Personally, I’m okay with either choice as long as I don’t lose everything I’ve earned already in Destiny 2.

If Bungie continues their great relation with Sony, there is every chance we may see a Destiny 3 at the launch of a PS5.

Thus far, we have been focusing mostly on games that have strong, but relatively small fan bases. Compared to games like Rocket League and Fortnite, everything seems small. Because these games are so big, and theoretically future proof, I can see very little changing for them.

Furthermore, I believe these games will be huge focuses for Sony in terms of infrastructure. These games will help Sony maintain and develop cross-play and cross-save policies. PlayStation won’t want the PS5 to be the only system to not support these now standard features.

Sony is in the best spot it can be going into PS5, though recently, in terms of cross-play and cross-save with other platforms, the image of PlayStation has taken a bit of a hit.

Still, this can be flipped and used as a talking point going into PS5. If Sony comes out saying they will allow cross-save with Destiny and will continue cross-play with games like Fortnite and Rocket League while adding more, they will be able to take back control the narrative.

Sony has learned from their mistakes with PS3 and knows not to take gamers for granted. This is why PS4 was a smash hit, and with just a few tweaks to how they see their competition, PS5 will be also.

What do you think of the PS5 and what it might bring to live and GaaS titles? Let us know in the comments below.