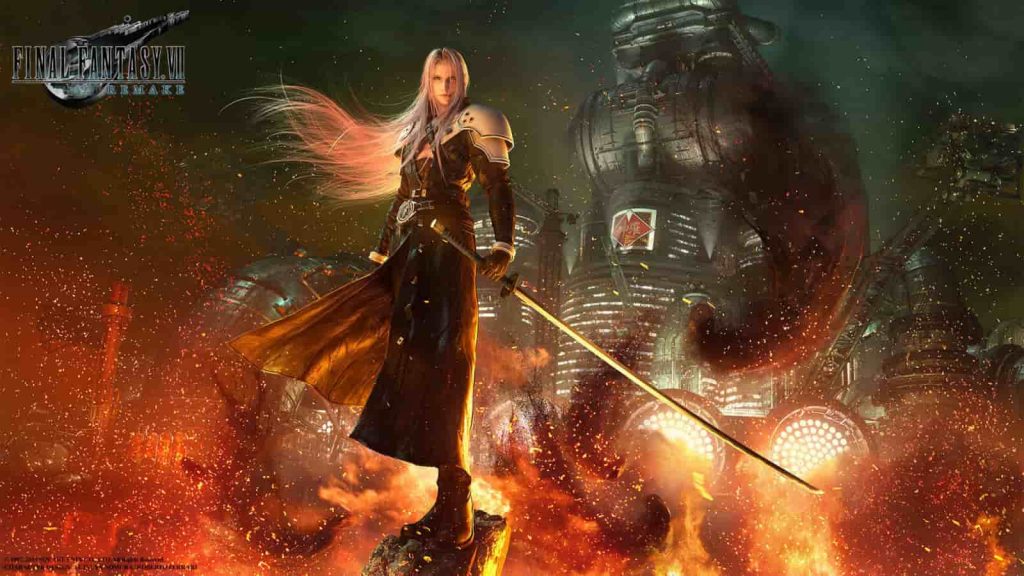 After getting a superlative showing at E3 2019, we’ve put together a little guide to let you everything that you might want to know about Final Fantasy 7: Remake.

Q: With the PS5 coming soon will Final Fantasy 7 Remake release on next-gen?

Q: How much better are the visuals of Final Fantasy 7 Remake when compared to the original game?

A: Are you kidding? This is a from-the-ground-up full remake of Final Fantasy 7 with cutting edge visuals – simply put, the game has never, ever looked as good as this.

A: Yes. Final Fantasy 7 Remake will remain episodic. The first episode releasing in March of next year will take place in Midgar and it looks to take up two full Blu-Ray discs. It’s been confirmed that Square Enix is already hard at work on Episode 2

Q: When you say episodic, does that mean Final Fantasy 7 Remake will be like a Telltale game?

Q: How closely does Final Fantasy 7 Remake follow the story of the original game?

A: It’s still unknown just how much the story will deviate from the original but we do know a lot has been added to flesh out the core story, including additional scenes with Zach the hero Cloud looks up too from Crisis Core. We also know that a lot more time is going to be spent in Midgar the starting city of Final Fantasy VII. With so many additional scenes its safe to say that, yes, the story will follow the original game but it’ll be much more fleshed out.

Q. How far will the first episode take us?

A: It’s now been confirmed that the first part of Final Fantasy 7 Remake will last up until the party leaves the city of Midgar. With two full Blu-Ray discs Square has said that the first part will tell a much bigger and fleshed-out story of the “Citizens” of Midgar. Square also plans to move some things around and space out a lot of the game’s major scenes and boss battles.

Q. With part one taking so long to release how many parts is Square planning to release and how long will it take for part 2 to release?

A: Square Enix have stated they don’t know exactly how many parts Final Fantasy 7 Remake will be as plans are still being finalized. Thankfully it shouldn’t take this long to release the next installments. Square have confirmed that development on future installments will be “more efficient.”

Q: Are all of the characters from the original game in Final Fantasy 7 Remake?

A: So far the entire cast hasn’t been confirmed but we can say that Cloud, Barret, Tifa, and Aerith are all playable so I think it’s safe to say Red XIII, Cid, Yuffie, Vincent, and Cait Sith will also return too. Another interesting question is if Yuffie and Vincent will remain optional characters you can recruit. We think they’ll join the cast as part of the story but it won’t be in the first episode.

Q: Will the Final Fantasy 7: Advent Children voice cast reprise their roles in the Remake?

A: No, Square Enix have opted to hire a new voice cast for the Final Fantasy 7 Remake. Going for a more high profile cast this time around featuring Cody Christian as Cloud and Tyler Hoechlin as Sephiroth.

Q: What combat system does Final Fantasy 7 Remake? Does it use ATB like the original or something different?


A: Well this is a twist. Final Fantasy 7 Remake uses a mix of turn-based combat and action combat. As you face off against enemies you’ll mash the attack button and preform some cool looking combos. These combos will build up the ATB gauge which also increments over time. Once the gauge is full you can use ATB to slow down time and go into the tactical mode and select actions in the menu – essentially turning the combat into a turn-based system. The actions you can pull of in the tactical mode include casting magic, using items, or employing your cool Limit Break attacks that have now been turned into regular special attacks.

You switch between your party on the fly with the press of a button allowing for quick transitions. You can even give each character orders to perform specific attacks, guard, or use items if you so choose. If the Tactical mode isn’t for you, you can for go it all together and assign attacks or even items to shortcut buttons allowing you to access them right away with a simple press of a button.

Enemies have a focus gauge that once filled up from damage will fall into a stagger stage allowing you to cause extra damage much like it did in Final Fantasy XIII, too

Q: Does Final Fantasy 7 Remake use the Materia system?

We don’t really know how the Materia system will work in the Final Fantasy 7 Remake, outside of seeing a few Materia socketed in Cloud’s Buster Blade, but if it’s anything like the original game it’s pretty much perfect. The Materia system is how you equip magic for each character and its also used to raise stats, and equip summons. Materia comes in a few colors: Red, Green, Yellow, Purple and Gray. The Green Materia is used for all your magic like Fire and Barrier.

Red is your summoning Materia allowing you call down Summons like Ifrit and Shiva. Yellow is the support Materia that will add actions to your menu bar and give you additional skills like counter, and Gil Toss. Purple is used to increase your stats like Hit Points, and Attack Power. Gray Materia is used to add effects when linked to other Matera giving them a big boost and even turn some magic attacks into Area of Effect attacks allowing you to hit multiple enemies.

That’s how Materia *used* to work – so it’ll be interesting to see how it functions in Final Fantasy 7 Remake.

Q: Will Final Fantasy 7 Remake have an overworld map?

A: The first part of Final Fantasy 7 Remake only takes place in the city of Midgar and it seems to be fully explorable this time around. As the game is set to be episodic we hope that future installments will open the game up and allow you to explore the massive open world, but it isn’t confirmed yet.

Q: Can you breed Chocobos in Final Fantasy 7 Remake?

A: It would be horrible if you couldn’t. We don’t know for sure if this feature will be coming back but if it is it won’t be with the first episode released as it all takes place in the city of Midgar. Chocobo breeding was unlocked in the original Final Fantasy 7’s second disc once you’ve located the Chocobo farm, so unless you’ll find one in Midgar, chances are it won’t really make an appearance.

Q: Will the Golden Saucer appear in Final Fantasy 7 Remake?

A: A lot of the best parts of Final Fantasy 7 took place within the confines of the Golden Saucer entertainment complex. We believe that it’s primed to return as one of the main characters Cait Sith plays a key role during the Golden Saucer section of the original game and it’s also the location he joins your party.

Q: Can we expect Final Fantasy 7 Remake to have the mini-games that were present in the original – like snowboarding, fort defense etc?

A: We can’t confirm at this time if snowboarding will return but we know that the bike combat is returning in Final Fantasy 7 Remake as it was featured in the Square Enix E3 press conference trailer. Whether the feature will accessible as a mini-game, on the other hand, is something we’ll have to wait and see.

Q: Does Final Fantasy 7 Remake allow players to use summons during battle, and if so, does it have all of the ones from the original?

A: Summons will return in Final Fantasy 7 Remake. In fact, if you pre-order the deluxe or the First Class Collectors Edition of the game you’ll get three summon Materia, with Carbuncle, Cactuar, and Chocobo Chick being confirmed as the pre-order summons. I think it’s safe to say that the most popular summons such as Ifrit, Shiva and Bahamut will return.

Q: Are Ruby and Emerald Weapon in the game?

A: As the first episode takes place in Midgar we highly doubt that Ruby and Emerald weapon will make an appearance at such an early stage, as to later on or even as DLC however, that still remains a possibility.

Thanks for reading! Naturally, as more facts and details are released we’ll update this article – so watch this space!