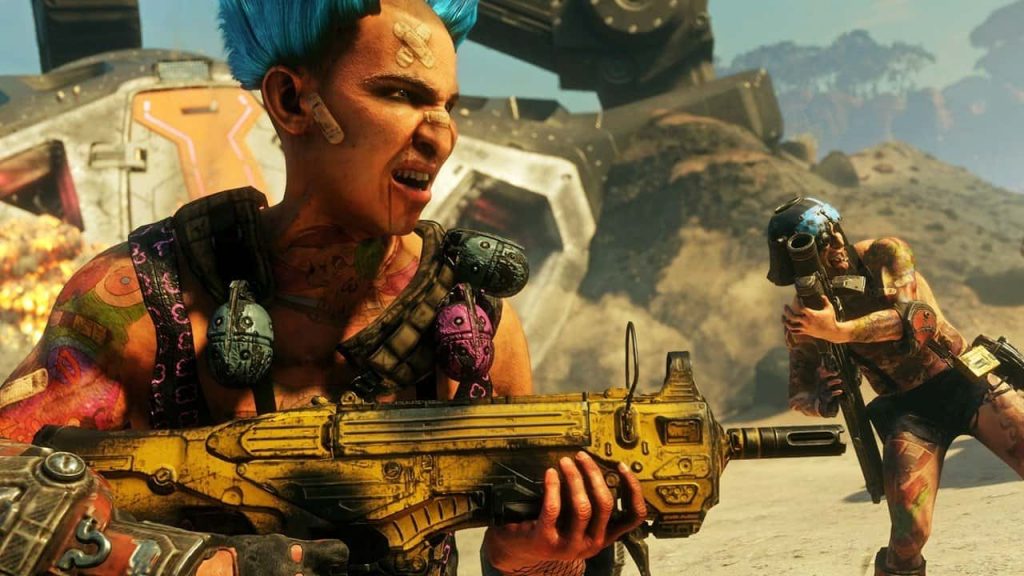 Rage 2, the long-awaited sequel to 2011’s over-the-top shooter from Avalanche and id Software, is finally launching tomorrow for PlayStation 4, PC, and Xbox One. Naturally, a lot of you are excited to play the game, and after doing a bit of digging around, it seems one topic in particular has got a lot of tongues wagging: Rage 2 length.

Being an open-world game, Rage 2 has lot going for it. There’s no multiplayer, so everything you do is tied directly to the main campaign. If you follow the core story without dipping into the various distractions peppered throughout the wasteland, then you can cut your game time down pretty significantly.

From what we’ve learned, the game on average will take around 8-10 hours if you focus on the story alone, though you can squeeze more out of the game if you take in the sights of the open-world. As such, you can extend Rage 2 well over 20 hours if you decide to venture off the beaten path.

Like any sandbox game worth its salt, Rage 2 has plenty of side quests to tackle. These can be found on Job Board in the settlement of Gunbarrel, which act as your portal to side missions. We’ve already started pumping out some handy guides for you to get the most out of your Rage 2 experience, so if you want to get your money’s worth, be sure to check them out.

Ark Chest Location Guide, Where to find Auto Parts, Data Pads, Projects Explained, How to upgrade Nanotrite Abilities, and How to upgrade Weapons. All of these will have you exploring the open-world beyond the main story, so you’re sure to put in a lot of hours if you want to really see everything Rage 2 has to offer.

Rage 2 publisher Bethesda recently confirmed an extensive post-launch lineup for the upcoming shooter, which includes free and paid-for content. New content will begin rolling out this month until autumn 2019.

Stay tuned to PlayStation Universe for our full Rage 2 review.