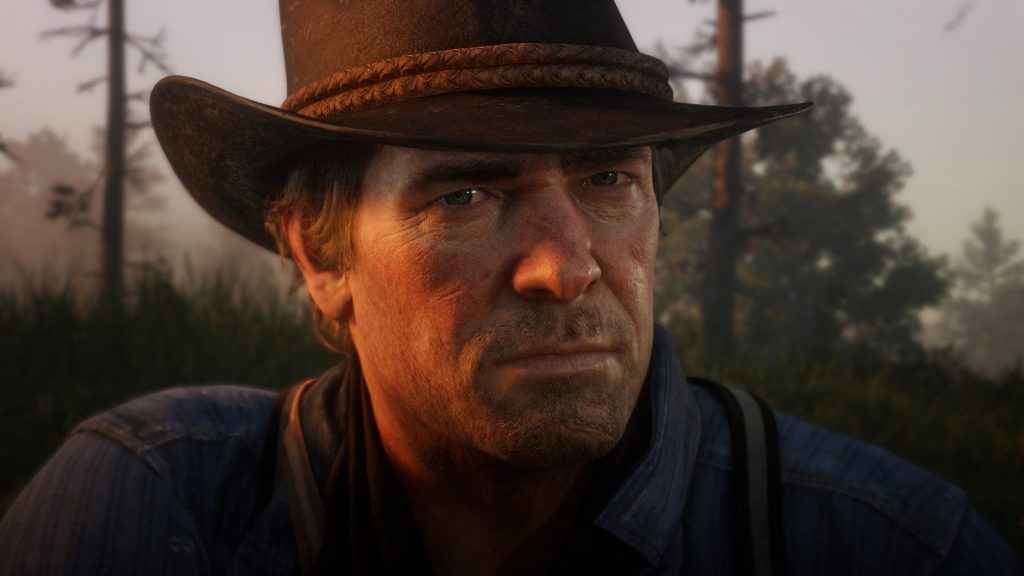 An open world RPG just wouldn’t be an open world RPG if it didn’t feature some sort of fishing minigame. So, naturally, Red Dead Redemption 2 has an abundance of idyllic locations for players to try their hand at a bit of angling; and in some of them, a special breed of Legendary Fish can be caught.

There are fourteen in total, each of which must be caught in order to complete the Fisher of Fish stranger mission and obtain a 100% completion rating. However, landing these monstrous specimens isn’t easy.

We won’t go into the mechanics of fishing here (we’re assuming you already know the basics). But, even if you’ve spent hours perfecting the craft, you’ll need a healthy supply of patience and concentration if you’re to have any hope of successfully catching these rarest of creatures.

Anyway, without further ado, here are the locations of each and every one of Red Dead Redemption 2’s Legendary Fish. Listed in alphabetical order, for convenience.

About halfway between the “Rhodes” map annotation and the Braithwaite Manor, just to the south of a little promontory facing the Flat Iron Lake, is the home of the Legendary Bluegill.

The special lake lure is the optimal piece of equipment for this particular fish.

Arthur Morgan will have to visit prison in order to land the Legendary Bullhead Catfish. Specifically, the Sisika Penitentiary.

Once there, you’ll find it inhabiting the waters between the main northern island and the middle of its three southern sisters; directly opposite a small bay, if you need a bit more guidance.

Applying the special river lure to your line should speed up the process of reeling it in.

Number three on the list is the Legendary Chain Pickerel.

It can be found just south of a bend in the Dakota River (the one to the south of Caliban’s Seat) and almost directly northwest of Flatneck Station.

Much like one or two of the game’s Legendary Animals, the home of the Legendary Large Sturgeon is somewhat off the beaten track.

For that reason, probably the easiest way to find it is to head west along Saint Denis’ southernmost railway line, stopping halfway across the bridge that connects the city to the mainland in the west (on the part of the bridge that lies just southeast of Caligula Hall).

Drop a line from here with the special river lure attached and wait for the fish to bite.

The first of three Legendary Bass’s frequents the stretch of the Saint Luis River directly southeast of Lake Don Julio.

Dropping a line anywhere on the northern bank of the curve in the river between Lake Don Julio and Greenhollow should be fine. But be prepared to try a few times before you land that elusive catch.

The Lagras swamp in the southern reaches of the Bluewater Marsh houses the wonderfully named Legendary Longnose Gar.

Finding it might be a little bit tricky, due to the sheer size of the Lagras swamp.

However, if you position yourself just north-west of the Lakay map annotation, at the mouth of the river that runs away from the swamp, hooking the Longnose shouldn’t be too difficult.

Minding its own business out by the Van Horn Trading Post is where you’ll find the Legendary Muskie.

Head a fraction south of the main hub and look for the spit of land thrust into the river on the east side. Cast your line here and it shouldn’t be long before you’ve added the Legendary Muskie to your collection.

This particular legendary fish is easy enough to find, if not catch.

Simply head over to the Elysian Pool (halfway down the Kamassa River), apply the special lake lure, cast your line, and wait.

Journey a few in-game miles north of the territory of the Legendary Tatanka Bison (assuming you’ve found it, of course), aiming for the largest spur of Stillwater Creek.

This is where you’ll find the Legendary Redfin Pickerel.

Despite its close proximity and intimate relationship with the Lower Montana River, however, the special lake lure is your best bet for a quick and easy catch.

Like its cousins, the Smallmouth and Largemouth Bass, the Legendary Rock Bass prefers the calm waters of the lake to Red Dead Redemption 2’s churning rivers and stagnant swamps.

This one, in particular, favours the diminutive Aurora Basin.

Fish anywhere in this location with the applicable lure and you’ll land it sooner or later.

Ah, this brings back fond memories of Stardew Valley! Although, in Red Dead Redemption 2, Smallmouth Bass (or at least the legendary variety) aren’t a dime a dozen. But I digress.

Using a special lake lure, the Legendary Smallmouth Bass can be caught in Owanjila lake next to the dam of the same name.

An ideal spot for catching the Sockeye is on the edge of the horn of land that enters the lake on the southern bank.

The Legendary Steelhead Trout can be caught at the extreme northern end of the Brandywine Drop, in the vicinity of three small islands.

It also happens to be directly east of the Legendary Moose, if you fancy killing two extremely rare and irreplaceable creatures with one stone.

Though second alphabetically, the fourteenth and final legendary fish can only be caught once the other thirteen have been reeled in and delivered to the original quest giver, Jeremy Gill. Hence its position at the end of this list and a quick warning to turn back now if you’re worried about reading any potential spoilers.

Then, one or two days later, Gill will send protagonist Arthur Morgan a letter inviting him on a fishing trip to Rio Bravo in New Austin. The Legendary Catfish his prey.

Simply follow his instructions upon arrival and hey presto! Your arduous quest to hook all fourteen legendary creatures is complete.

Hopefully, this little guide to Red Dead Redemption 2’s legendary fish has made your quest that little bit easier.

If so, you may want to check out some of our other guides to Rockstar’s latest masterpiece. A selection of which you’ll find below: