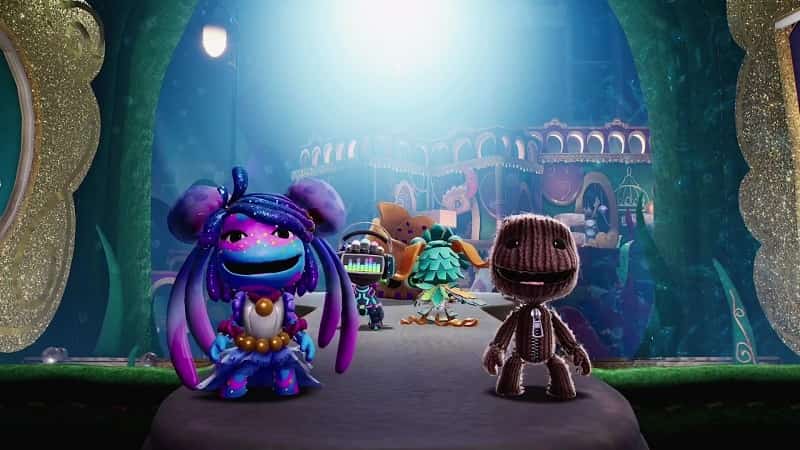 From the same developers that conjured up the great Brothers: A Tale Of Two Sons and much more recent (but no less brilliant) co-op effort A Way Out, It Takes Two is easily one of the best split screen games you can buy right now on any system. 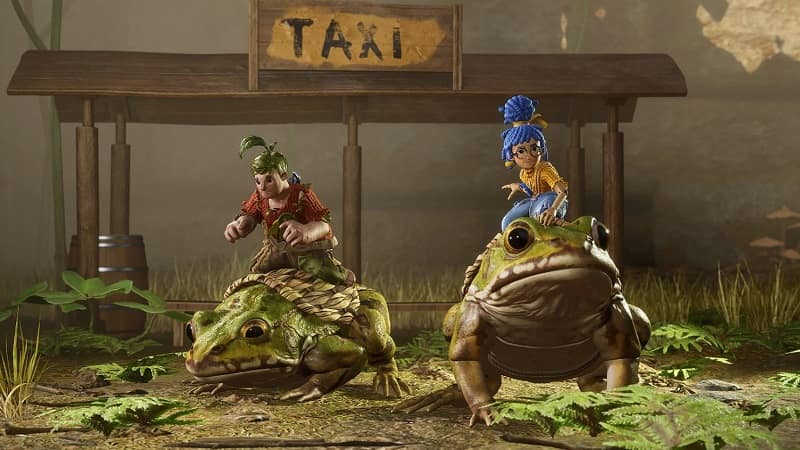 With each player cast as a squabbling parent that has been transformed into a diminutive child’s doll, It Takes Two riffs on Honey I Shrunk The Kids as it presents players with a series of unique and deeply fun challenges that have you facing off with a band of rebellious squirrels, a deeply sarcastic book that’s trying to help (but really isn’t) and much more besides. The absolute embodiment of great split-screen gaming, It Takes Two is simply sublime.

There’s nothing quite like tearing across Pandora with a buddy, shooting and looting everything in sight as you wolf down snacks and bellow at the top of your lungs when a rare weapon finally drops. 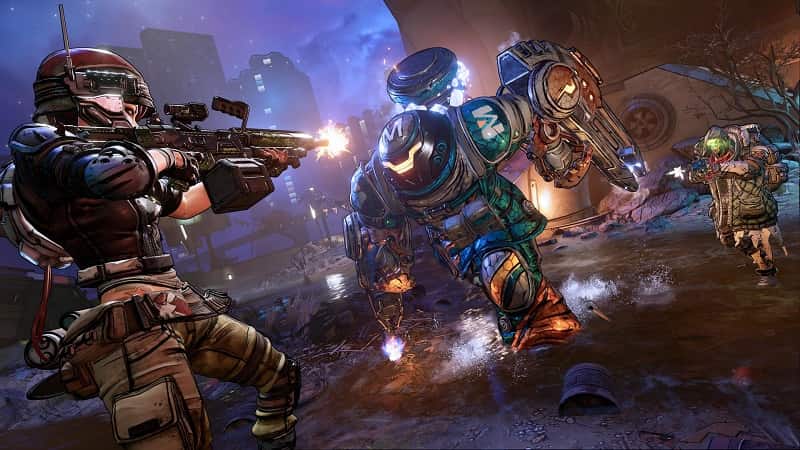 More than that though, Borderlands 3 is simply a massive shooter with tremendous depth. Encompassing hundreds of hours of play, sophisticated progression systems and literally billions of weapons and gear, Borderlands 3 is quite simply the PS5 split screen experience you can have right now. Oh and the greatly improved visuals don’t hurt either.

Call of Duty: Black Ops Cold War continues the series proud tradition of bringing split screen gaming to the fore. Here, players can take on the wondrously cheesy 80’s themed Zombies mode in cooperative split screen on PS5, or they can engage with Black Ops traditional Call of Duty multiplayer. 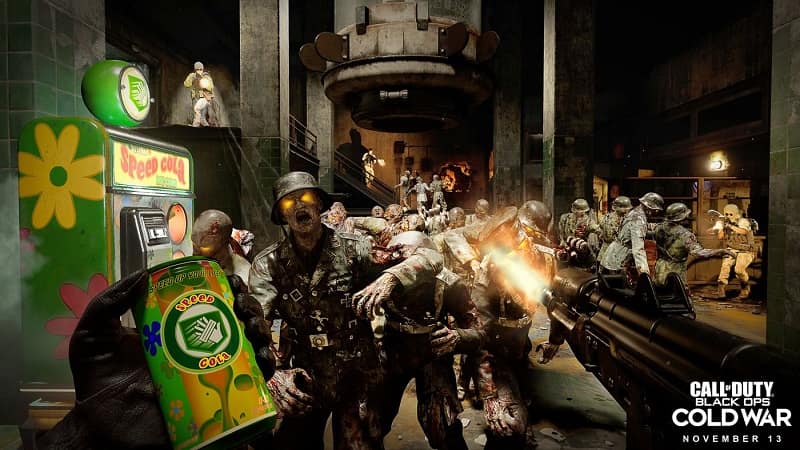 Where the traditional Call of Duty multiplayer side of things is concerned, players can choose from any of the modes that are on offer. However, if the game modes are taken online, each player will need to have an active PlayStation Plus subscription. Regardless, Call of Duty: Black Ops Cold War is a whole heap of fun when played split screen on PlayStation 5.

4. Overcooked! All You Can Eat

As a team of chefs that must cut up vegetables, prepare meals and wash dishes against the backdrop of rocking ships and exploding volcanos, the Overcooked! games remain some of the best local multiplayer games you can buy today. There’s nothing quite like watching a kitchen run just to schedule as everyone acts like a well-oiled machine, cooking meals and cleaning dishes. Of course, when it all goes the other way (as it so often does), that can be fun too. 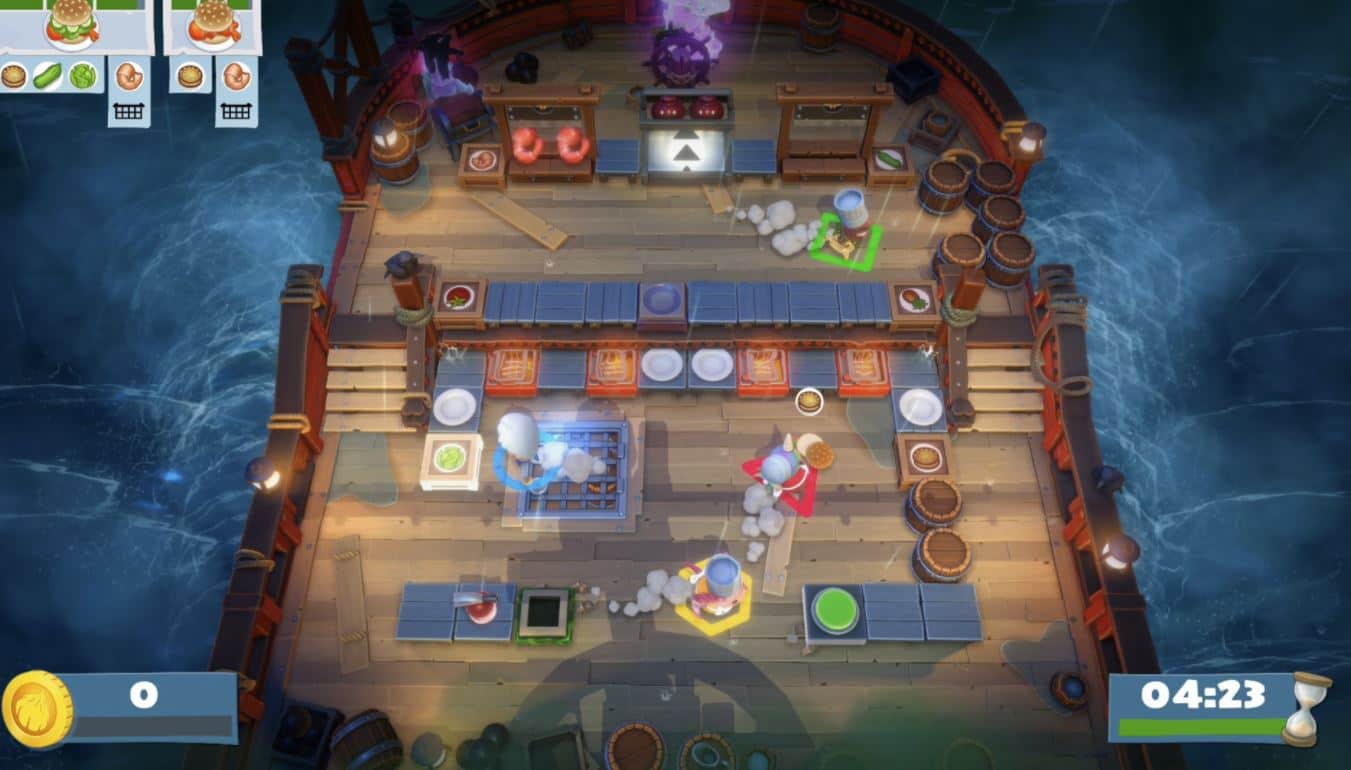 A frankly monstrous offering that includes both Overcooked! games and all the DLC, Overcooked! All You Can Eat is a superb PS5 split-screen game that everybody should play.

LittleBigPlanet’s adorable mascot got his own platforming spinoff for PS5 and PS4, and it’s bloody fantastic. SackBoy: A Big Adventure works fantastic as a single-player game if you fancy going it alone, but it really shines when it comes to its local multiplayer elements. 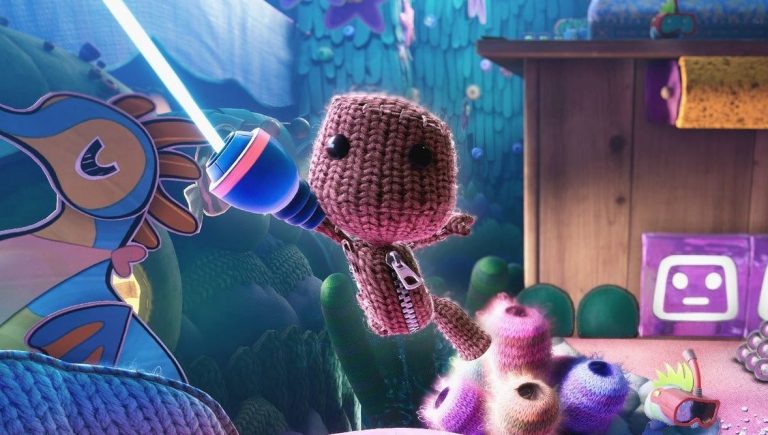 There’s two versions of cooperative play available in the game, the first being the regular campaign levels where other players can jump in for some fun. However, if you want to take SackBoy: A Big Adventure to the next level in terms of multiplayer shenanigans, then there’s also special missions that can only be played in co-op. They’re unique, and more importantly, require the use of multiple SackBoys to conquer! 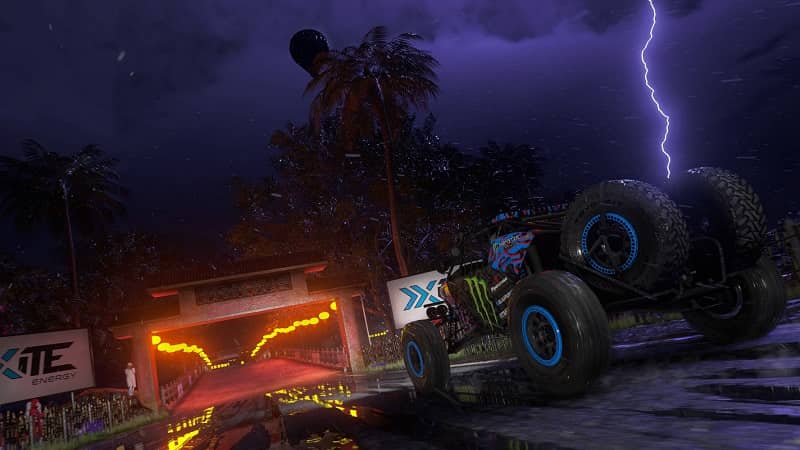 Even better still, players can choose to race against each other in one of Dirt 5’s many competitive multiplayer modes, or elect to tackle Dirt 5’s bombastic career mode. If you’re looking for a great split screen racer on PS5, you need not look any further than Codemasters Dirt 5.

One of the most popular games of all time, Fortnite can also be enjoyed in split screen on PlayStation 5. While you cannot split-screen in Solo mode (that would be cheating) or the creative and limited time modes, Fortnite on PS5 does let you wreak havoc with a friend in Duos and Squad modes. 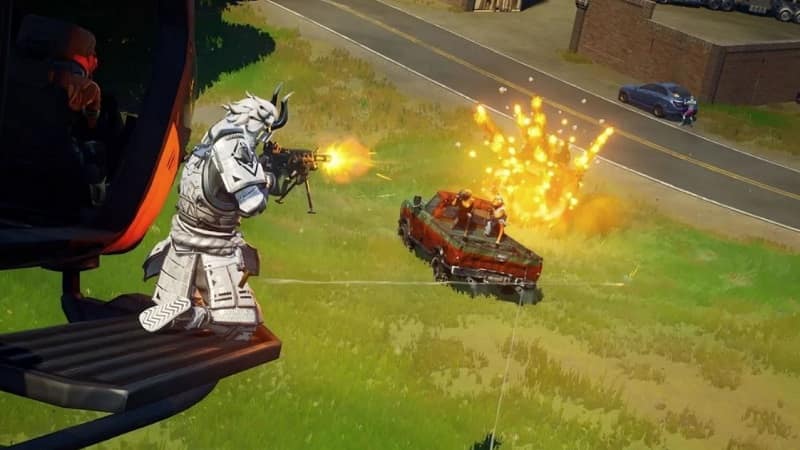 And guess what? Fortnite in split-screen is an absolute hoot when played with a friend. A big part of this is the experience itself too. Bolstered by the massive additional horsepower wielded by PlayStation 5, Fortnite not only looks great in split screen but it also runs brilliantly too. A split-screen experience that everyone in the family can enjoy.