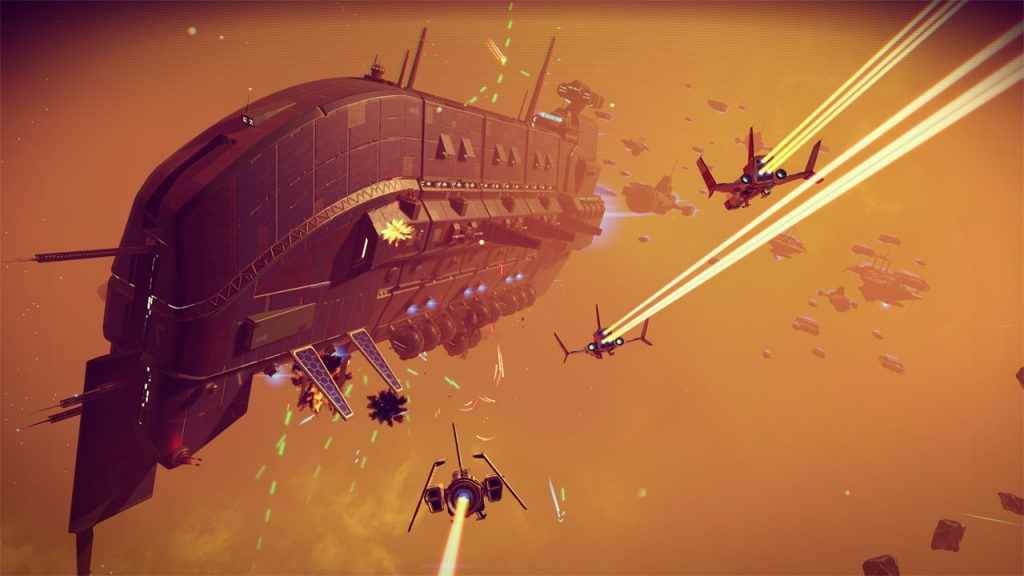 What is No Man’s Sky Freighter?

Freighters to put it simply are massive interstellar starships in No Man’s Sky PS4. You can buy freighters through units. They are fully customizable using the base building system which was included in the Foundation No Man’s Sky update. You can have more than one ship which you can transport from one star system to another. Regular freighters can hold 19 inventory slots while small, medium and bigger capital freighters can have up to 34 slots. One great huge freighter is the Star Wars universe’s Venator Star Destroyer.

There are two kinds of freighter space-battles. The first one is the common space battle which you can get for free. To do this, wait for a Freighter which is being heavily attacked. Defend the lone freighter and defeat its attackers. If you are successful, the Commander invites you to aboard his freighter. Simply talk to him and he will offer you the No Man’s Sky freighter as a reward.

The second freighter space battle is installed in Pathfinder Update. They are super-massive with three other size variations and coined as Star Destroyers.

How to buy No Man’s Sky Freighter?

Here’s what upgraded Freighters have to offer in No Man’s Sky update 2018:

If you need more No Man’s Sky Freighter PS4 updates, come back daily for we keep on adding updates here.