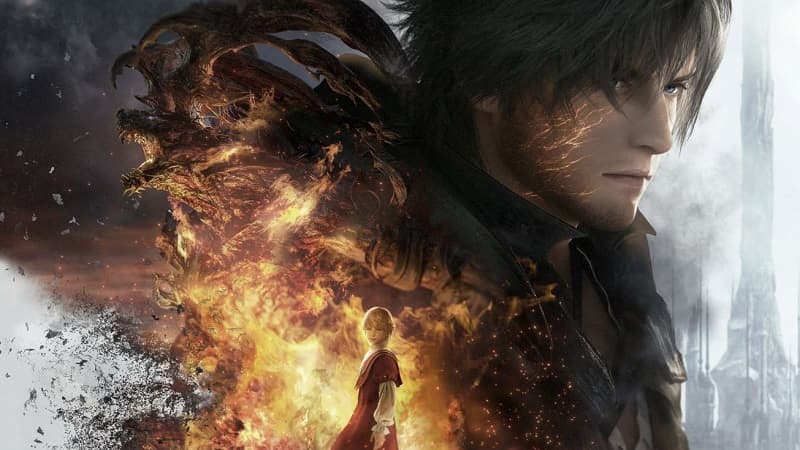 What are the best upcoming PS5 games? With such a massive range of excellent games and console exclusives already available on PS5, it makes sense that there are lot of upcoming PS5 games to look forward to. From the likes of Hogwarts Legacy and Resident Evil 4, through to Final Fantasy 16 and Marvel’s Spider-Man 2, there are no shortage of fantastic upcoming PS5 games on the horizon.

For some additional reading you might want to feast your eyes on our PS5 complete guide which tells you everything about the console, as well as our first party PS5 games guide. Furthermore, we also have features that cover the best PS5 indie games, best PS5 exclusives, best PS5 FPS games, best free PS5 games, best PS5 kids games and best PS5 split-screen games too. 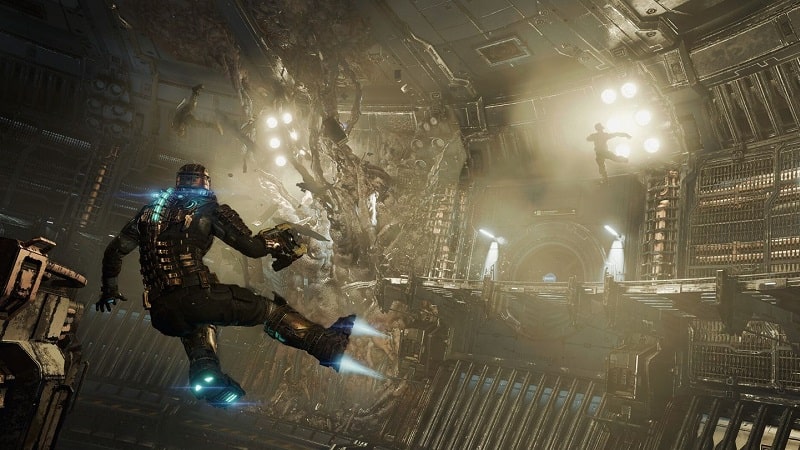 Set in the sprawling Wizarding World of Harry Potter, Hogwarts Legacy takes place during the 1800s as players take on the role of a student in their fifth year at the titular school. This is a Harry Potter fans’ dream: you’ll attend classes, mingle with your fellow students, battle against evil wizards and goblins, and explore beautiful, fantasy-flavoured highlights of the Forbidden Forest, Diagon Alley and Hogsmeade. PS5 owners can look forward to full VRR support and options for 30 FPS and 60 FPS graphics modes. For fans of the Potterverse and action RPGs in general, Hogwarts Legacy looks to satisfy grandly on both counts. 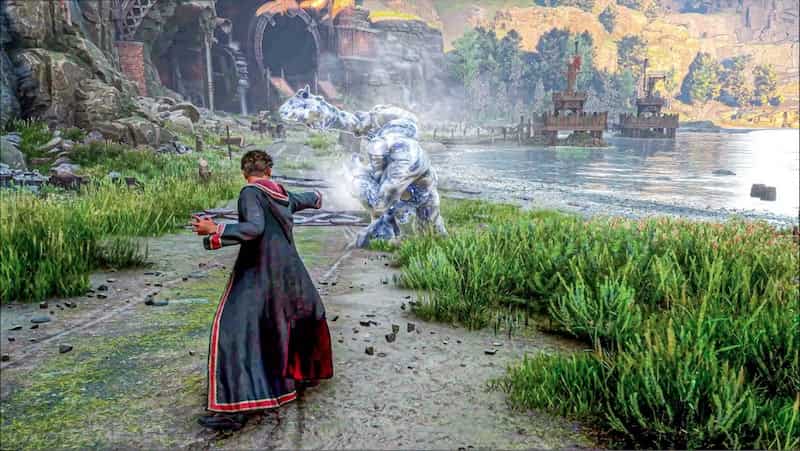 While Wild Hearts from publisher EA and developer Koei Tecmo might look like a loving letter to Capcom’s Monster Hunter games, it’s arguably worth pointing out that Wild Hearts actually has a couple of tricks up its sleeve to separate it from its peers. Firstly, Wild Hearts has been developed with next generation console hardware in mind, meaning that the level of visual fidelity is far beyond what you’ll see in Capcom’s most recent monster hunting effort, Monster Hunter Rise. Furthermore, Wild Hearts puts a special twist in its own take on the monster hunting formula by allowing players to discover, craft and reinvigorate old technology to aid them in their fight against a broad range of very different mythical beasts. Throw in enough quests and loot to sink a battleship, together with seamless online co-op play and it sure looks like Wild Hearts will carve out its own compelling take on the monster hunting formula when it releases in February 2023. 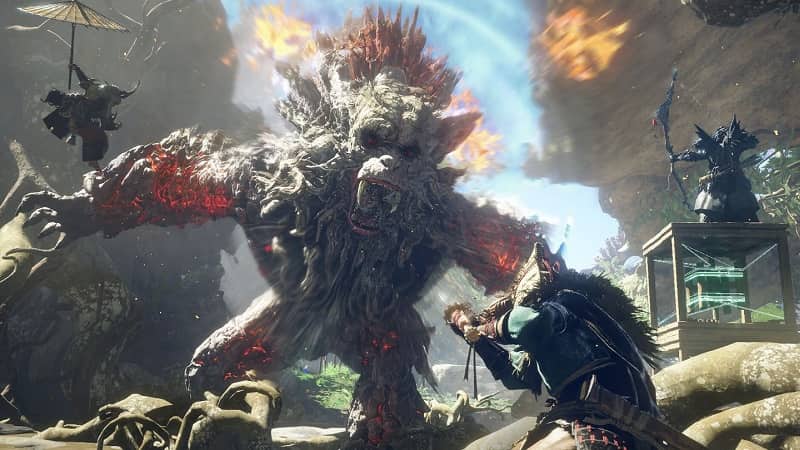 A first-person shooter set in the Soviet Union in an alternate 1955, Atomic Heart follows Major Nechaev, aka P-3, a mental unstable special assignments officer who is sent to keep facility 3826 under control. In doing so, you’ll battle against haywire robots and biomechanical experiments without improvised weapons and powerful abilities suing the Polymer Glove, which grants you telekinesis, freezing and electricity. It all sounds a bit BioShock-y, but Atomic Heart stands on its own two feet with a unique setting and comprehensive crafting system, not to mention jaw-dropping cutting edge visuals that shine on PS5. 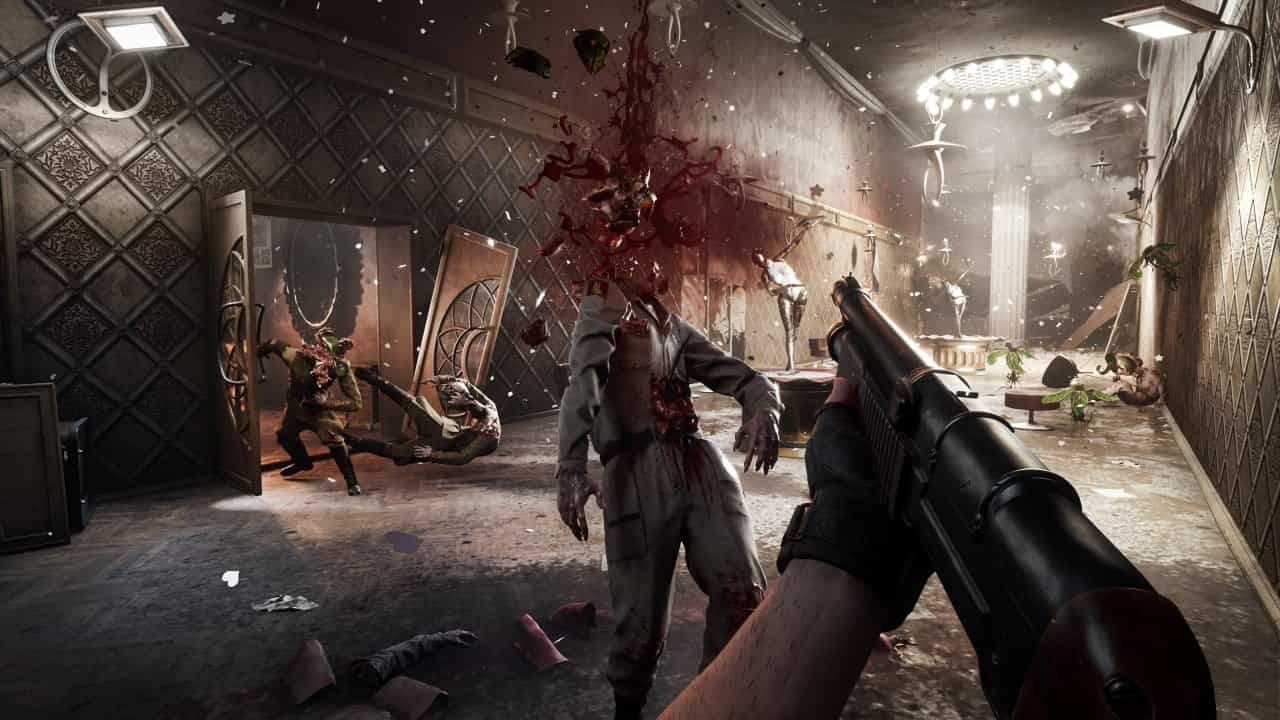 It’s been nearly a decade, but PS3 & PS4’s Yakuza spin-off Like A Dragon: Ishin is finally gracing the US and UK for PS5 in February 2023. Ishin brings the gangster-brawler back in time to the Bakumatsu period in the mid-1800s, where historical characters inhabiting the likeness of staples such as Kiryu and Majima weave a fresh narrative unrelated to the previous Like A Dragon games. As Sakamoto Ryomoa, players wield four different fighting styles including Swordsman, Gunslinger, Brawler and Wild Dancer, combining flash swordsmanship, old-fashioned fisticuffs and firearms. As with any Like A Dragon game worth its salt, there’s a gorgeous open world to explore ripe with side quests, and there’s still plenty of trademark Like A Dragon irreverent humor. Simply put, Like A Dragon: Ishin is shaping up to be another essential title in the franchise and a long overdue western release of one the best games in the series. 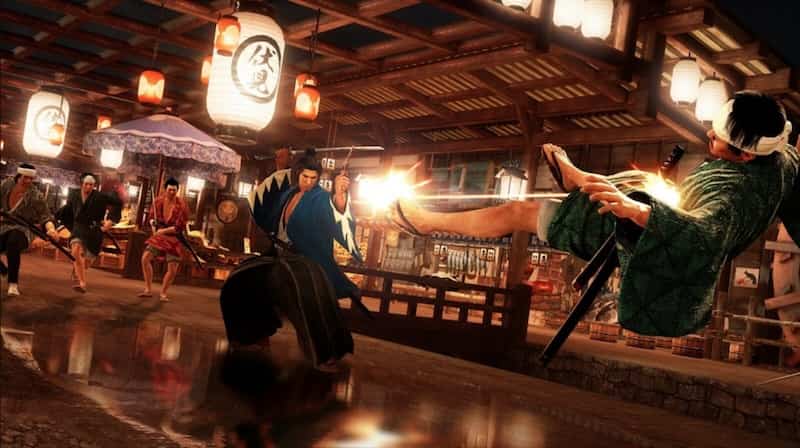 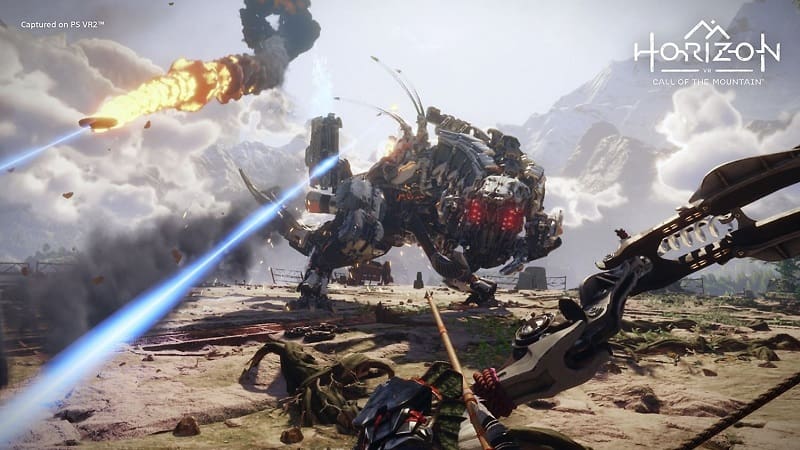 For the longest time it seemed like that the WWE 2K games would corner the market for wrestling video games indefinitely. Happily then, I can tell you that not only is AEW: Fight Forever coming to spoil that particular party, but it’s also shaping to be a bit of a banger in its own right too. Based on the escapades of All-Elite Wrestling (the main competition for the monolithic WWE), AEW: Fight Forever depicts AEW’s smashmouth, high-octane violence with aplomb, with weapons focused matches and boasts a range of AEW superstars including Chris Jericho, Kenny Omega, The Young Bucks, MJF and more. Perhaps most notable of all though is the fact that AEW: Fight Forever isn’t just seemingly a faster and more accessible title than the games in the WWE 2K series, but it also boasts a control scheme that echoes the great WWF No Mercy from the Nintendo 64 days. For fans of pro-wrestling and old-school wrestling games, AEW: Fight Forever can’t come soon enough. 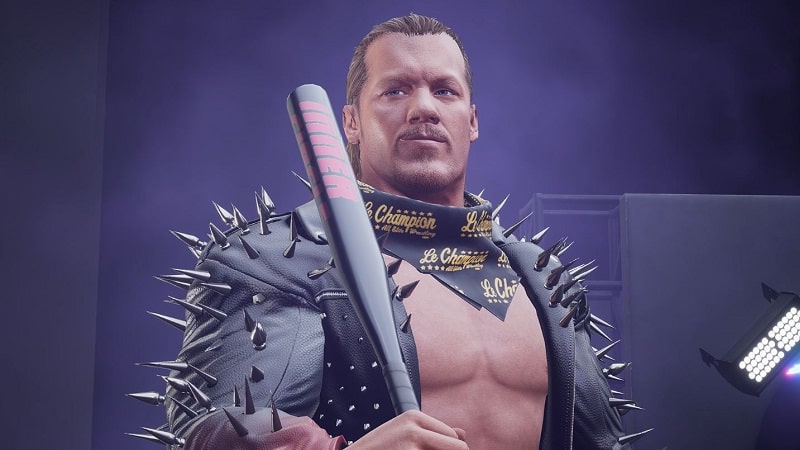 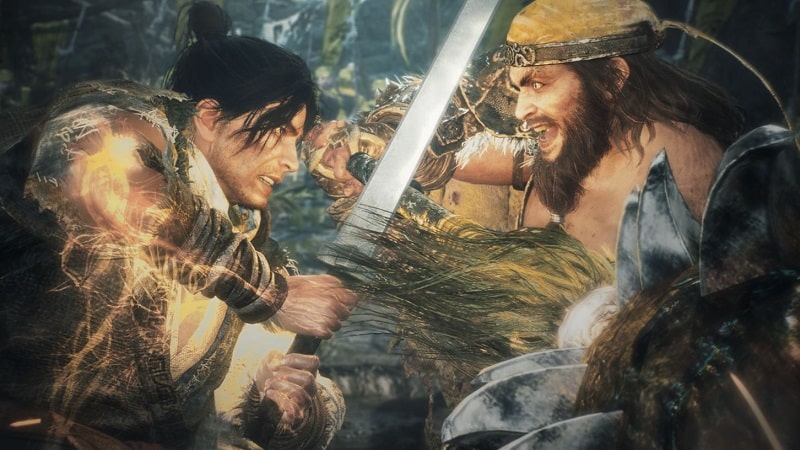 The sequel to the stunning Star Wars Jedi: Fallen Order which released back in 2019, Star Wars Jedi: Survivor is a third-person action RPG in which players once again take control of wayward Jedi Cal Kestis, as he attempts to escape the encroaching imperial forces after the eradication of his fellow Jedi. Now a formidable Jedi Knight in his own right, Star Was Jedi: Survivor doubles down on the superb exploration and Metroidvania beats of its predecessor with additional Force based abilities, mounted combat and all new range of planets to explore across the galaxy. Make no mistake, Star Wars Jedi: Survivor is shaping up to be one of the best games of 2023 and a real treat for Star Wars fans everywhere. 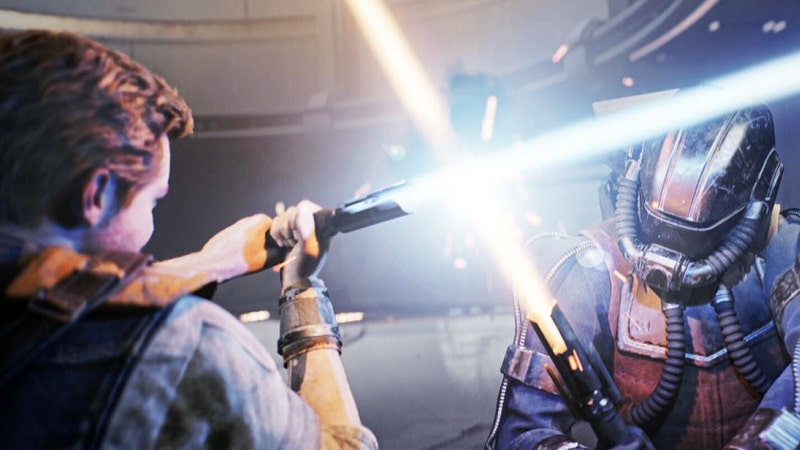 A true remake in the most traditional sense, Resident Evil 4 looks set to maintain that tricky balancing act between maintaining the essence of the original and adding enough new sheen and Quality of Life additions to keep Resident Evil 4 relevant to the gamers of 2023 as it did to those back in 2005. Hewing closely to the source material, Resident Evil 4 not only boasts absolutely stunning visuals with support for 4K resolution and 60 frames per second action, in addition to a range of ray tracing and new graphical effects, but it keeps the third-person survival horror beats of the 2005 original completely intact and once more invites players to follow Leon into the heart of darkness as he ventures into the darkest corners of rural Spain in search of the missing daughter of the US President. A remake that looks to both improve upon his source material while also maintaining its core, Resident Evil 4 could well be the best survival horror offering of 2023 (and beyond). 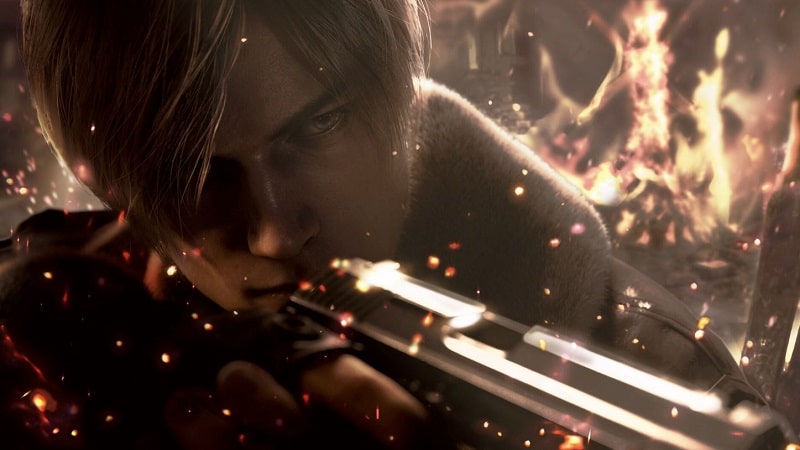 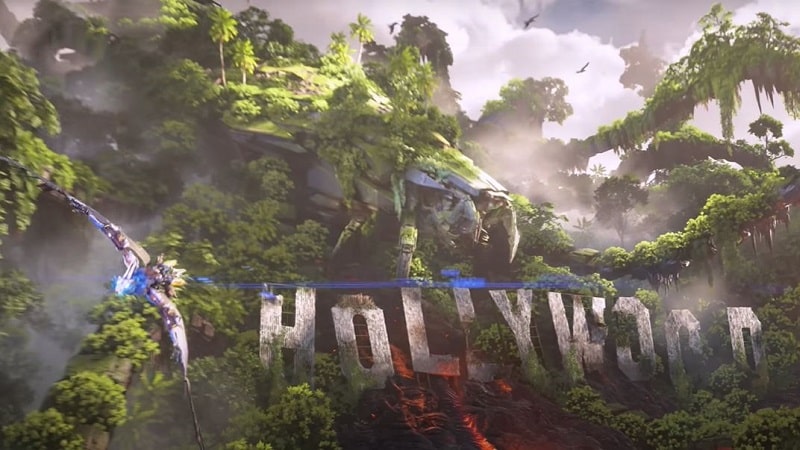 After a tumultuous development cycle that has seen Dead Island 2 shift between numerous studios, the zombie sequel is leaving the tropical islands of its predecessors behind in favour of the sun-baked streets of Los Angeles. Players take on the role of multiplayer ‘Slayers’ to combat the undead infestation, with a comprehensive crafting system ensuring you’ll concoct all manner of brain-splattering weapons. Speaking of which, creator Dambuster Studios is aiming to make Dead Island 2 one of the goriest games out there, so expect no expenses spared when it comes to spraying copious amounts of claret. Meanwhile, each Slayer promises unique abilities to spice up the gameplay, allowing you to experiment with different play styles to suit your zombie-battering needs. With a healthy dose of irreverence coursing through its veins, this over-the-top bloodbath promises comedy and thrills in abundance. 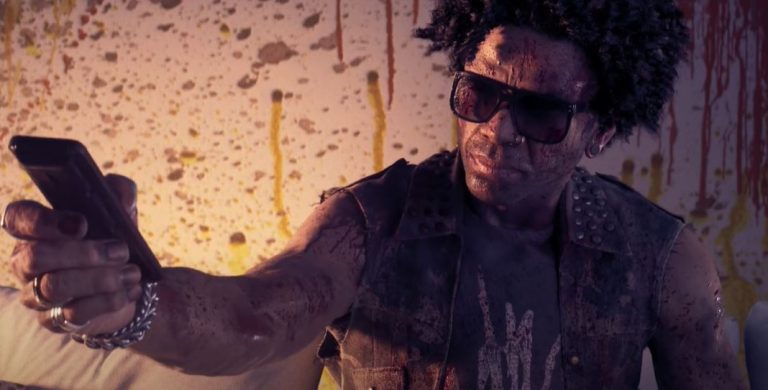 Set after the events of Batman: Arkham Knight, Suicide Squad: Kill the Justice League takes place in a sprawling open-world Metropolis where players follow the titular task force comprised of Harley Quinn, Deadshot, Captain Boomerang, and King Shark. With super baddie Brainiac having invaded Earth and the Justice League brainwashed, it’s up to this motley crew of anti-heroes to save the world from destruction. It’s a poignant release for sure, being the final game to feature the late Kevin Conroy as Batman. Suicide Squad: Kill the Justice League offers both solo and cooperative play between all four characters, giving you plenty of reason to experiment with each of the Suicide Squad’s unique attributes. 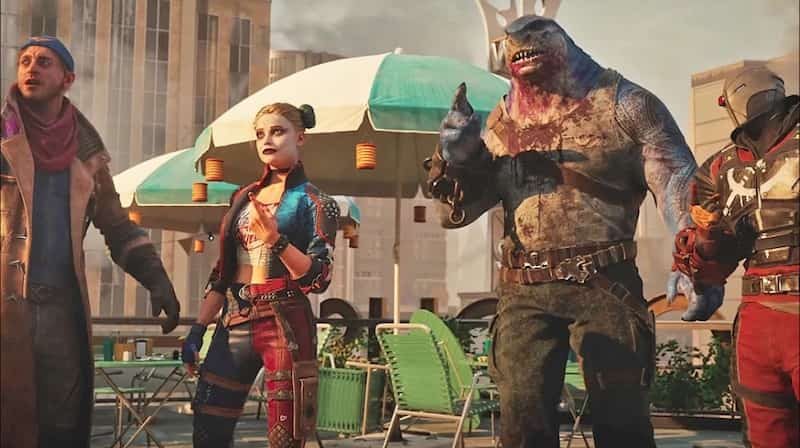 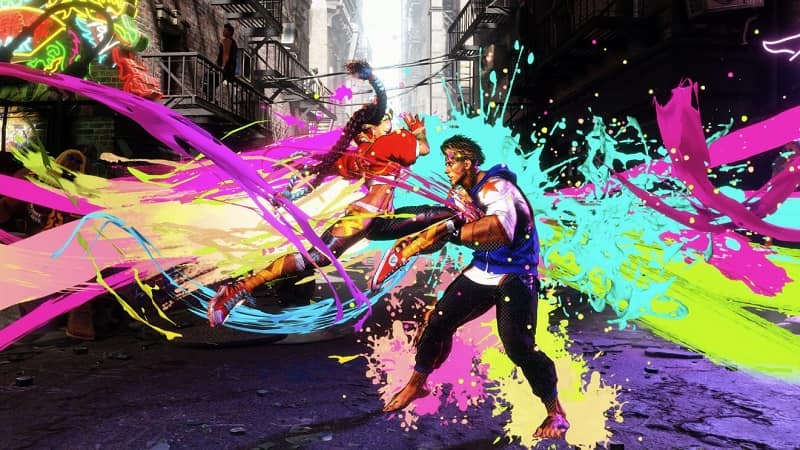 With Diablo 3 releasing more than a decade ago, it’s certainly fair to say that a return to Diablo’s infernal realm of demons, blood and loot has been long overdue to say the least. With Diablo 4, developer Blizzard is not taking any chances. Though Diablo 4 maintains the core hack, slash and loot gameplay that has sustained the series for well over twenty years, Blizzard’s latest entry in the series boasts completely overhauled visual design, a more ‘grounded’ story than Diablo 3 and a completely seamless graphics engine that boasts no loading screens and highly detailed in-game cinematics. If you’ve been hankering for what looks to be the best dungeon crawler ever made, you need not wait long since Diablo 4 looks like it’ll deliver on its hellish promise and then some when it releases later this year. 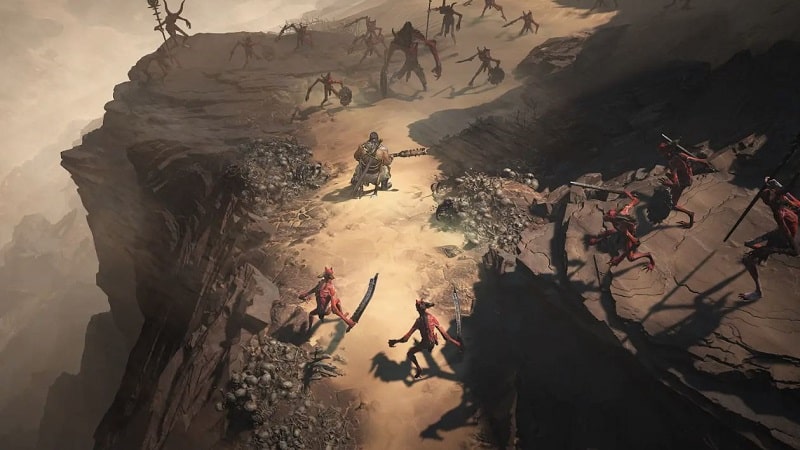 Representing a complete left turn from what Square-Enix accomplished with the open-world, bro-trip shenanigans of Final Fantasy 15, Final Fantasy 16 instead puts the series into more familiar ground, putting the player at the heart of a global conflict between nations over powerful Crystals and the titanic Eikon (essentially, summons) that they enable. That, however, is where many of the similarities end however. Designed from the ground up with the PS5 in mind, Final Fantasy 16 takes a much more adult approach to its darker fantasy narrative, alongside a reworked real-time combat system, Final Fantasy 16 allows players to take direct control of Eikons (summons) for the first time in the series history, resulting in some truly titanic battles. Final Fantasy 16 is shaping up to be one of the best entries the series has ever seen and we can’t wait to get stuck in when it releases this June. 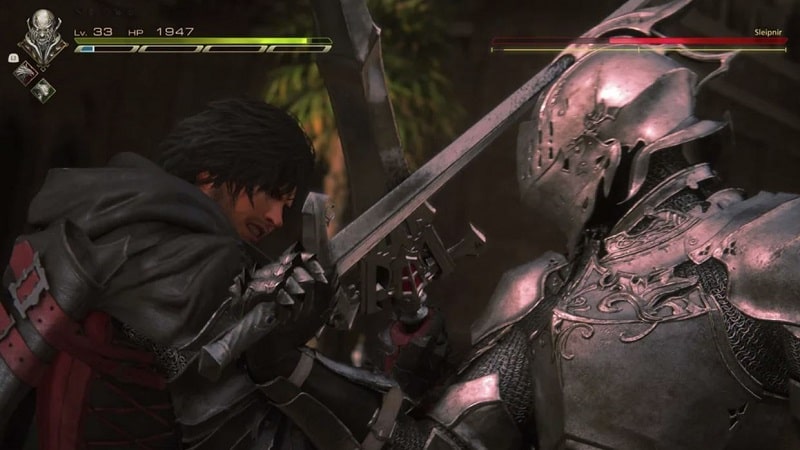 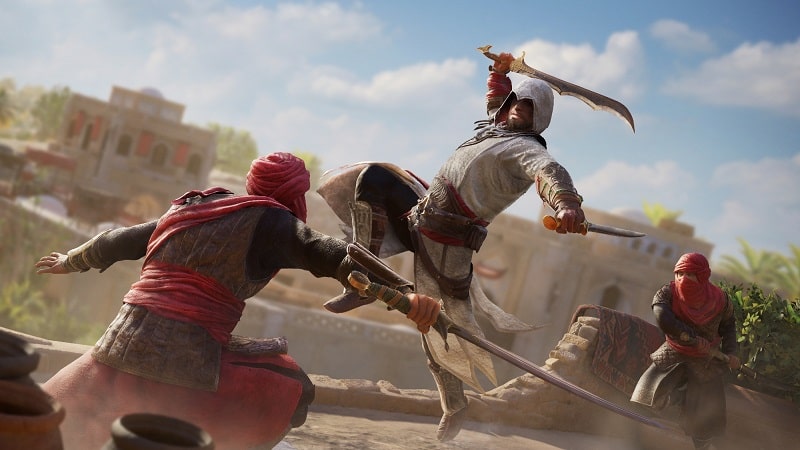 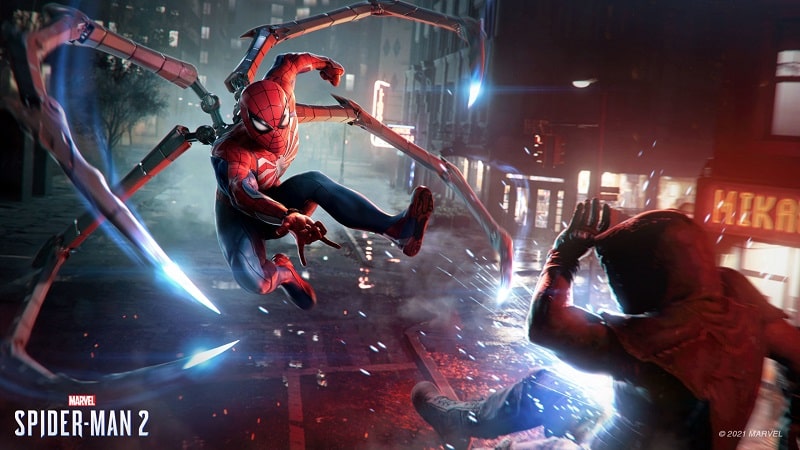 Now that Cyberpunk 2077 on PS5 has been fixed to the extent that it’s not only playable but hugely enjoyable and one of the best cyberpunk games on PS5, players can start looking forward to Phantom Liberty, a full-fat single-player campaign expansion for Cyberpunk 2077. Framed as a cyberpunk spy thriller, Cyberpunk 2077: Phantom Liberty has players fighting alongside (or potentially against) Solomon Reed (played by Idris Elba), in a bid to prevent the United States from collapsing under the weight of a terrifying conspiracy. With nearly three years of polish and sheen under its belt by the time Phantom Liberty arrives later this year, it’s safe to say that Cyberpunk 2077’s first and likely only expansion will hit the ground running when it releases by the end of 2023. 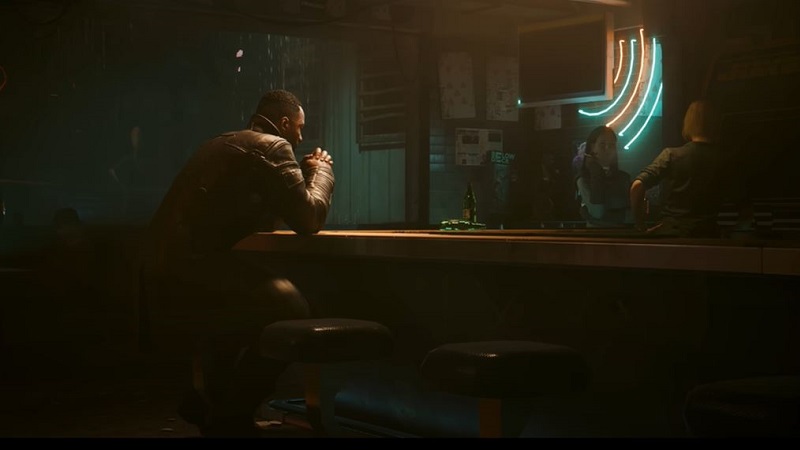