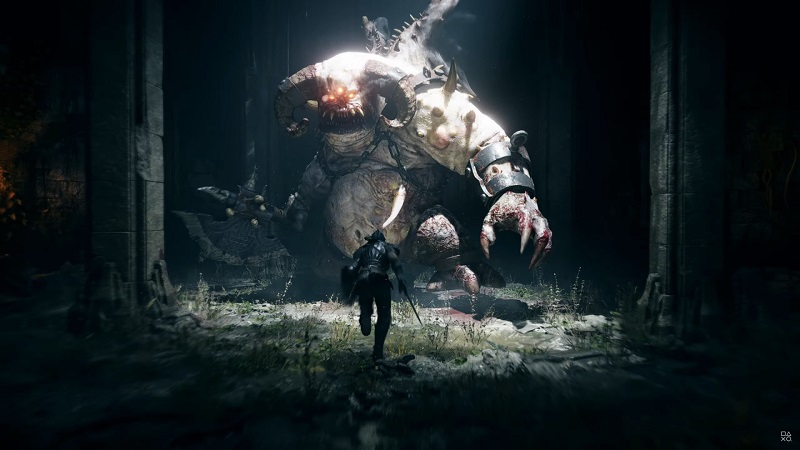 Confirmed as a pack-in title with every PlayStation 5, Astro’s Playroom is a gorgeous platformer that looks to showcase the console’s DualSense controller. As such, players can expect to feel every leap, bounce and roll through the haptic feedback enabled by Sony’s next-generation controller. Oh and Astro’s Playroom is completely free for every PlayStation 5 owner too! 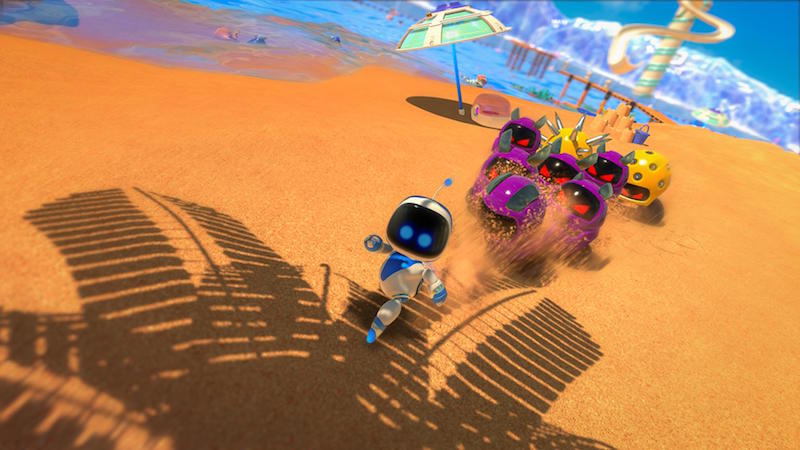 While Arkane Lyon no longer make PlayStation games on account of their absorption into Microsoft’s fold, it’s perhaps then quite fitting that their swansong for PlayStation 5 is Deathloop, a stunningly ambitious FPS that blends together the studio’s penchant for physical shooter goodness with elements of roguelike design. As an assassin looking to break a timeloop on an island tailor built for nihilistic hedonism, Deathloop has players re-living the same day over and over – but gaining new powers, clues and insights into the story with each rise of the morning sun. Witty, stuffed full of clever dialogue, endlessly experimental and dripping into retrofuturism, Deathloop is as essential as it gets. 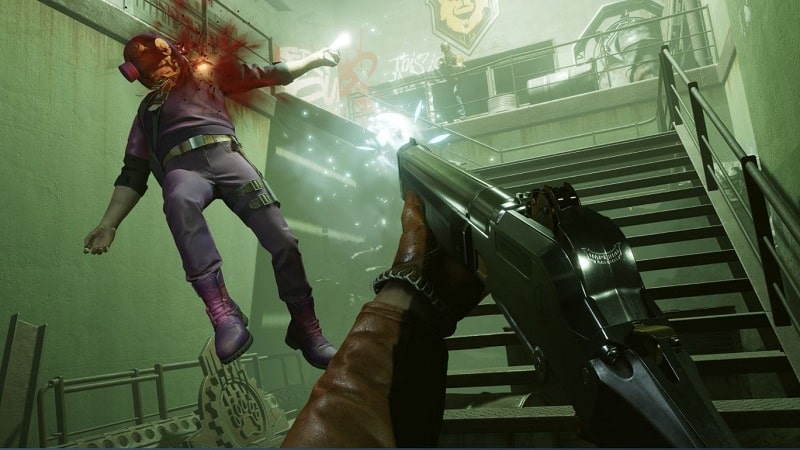 A ground-up full blooded remake of the game which quite literally kickstarted the whole Soulslike sub-genre, Bluepoint Games look set to provide a visual masterclass with Demon’s Souls that reinvigorates one of the most important titles of the PlayStation 3 generation which was previously thought lost to time. Praise the sun! 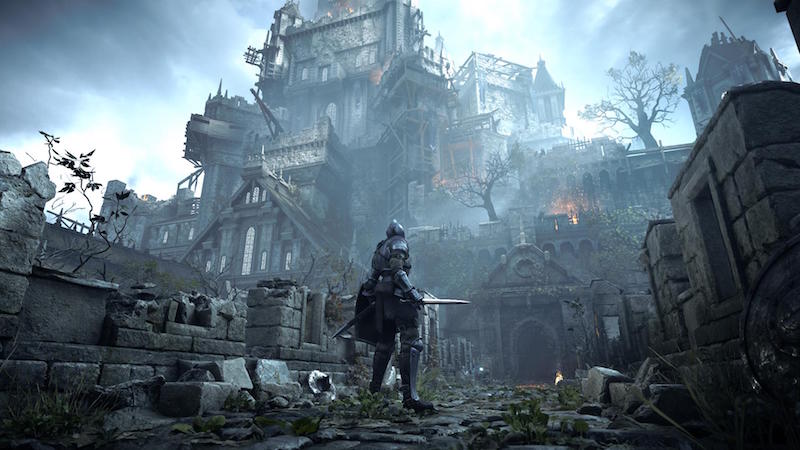 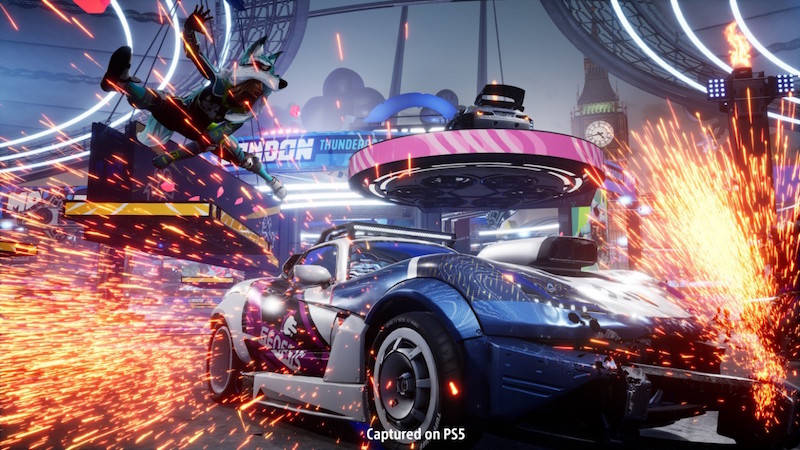 Proving to be quite the welcome surprise at Sony’s September 2020 PS5 showcase, it was confirmed that not only is a sequel to 2018’s stupendous God of War in the offing, but that it would also arrive sometime in 2021 too. Other than the graphic below and a confirmation of the title, almost nothing else is known about God of War: Ragnarok at this point. However, latest news now suggests that we won’t see God of War: Ragnarok until 2022. 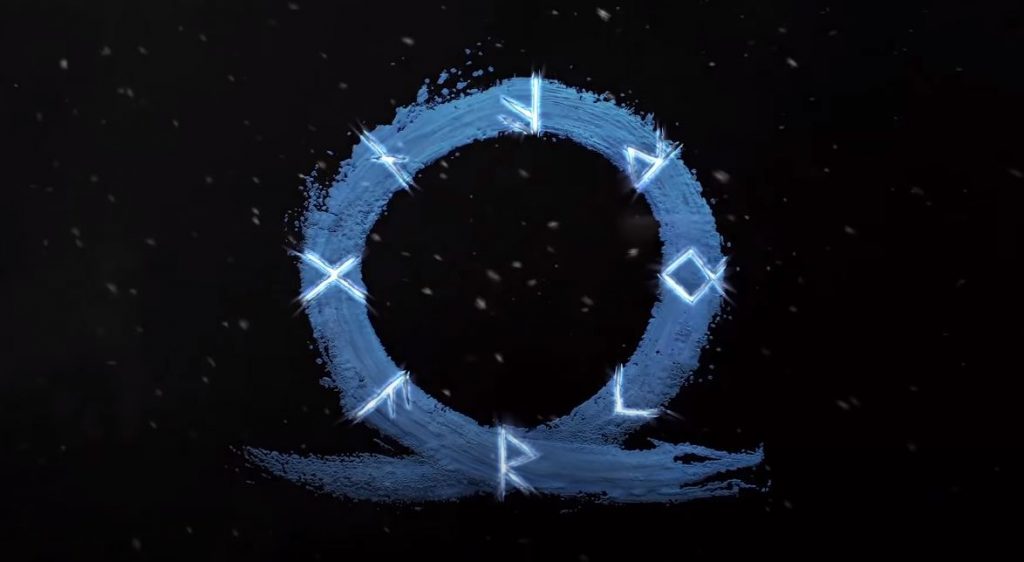 No PlayStation system would be complete without a Gran Turismo title and with Gran Turismo 7 developer Polyphony Digital is pulling out all the stops to say the least, boasting virtually no load times, full haptic feedback that makes you feel every track surface through the DualSense controller and 3D audio which makes you shudder as cars scream past you. 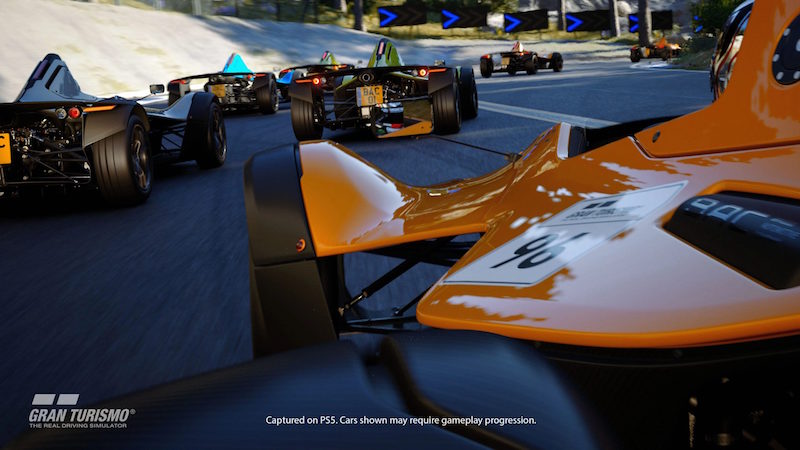 Arguably one of the most impressive games already seen for the PlayStation 5, Guerrilla Games Horizon Zero Dawn sequel looks to be everything we could have hoped for. A gorgeous world that blends natural beauty with sci-fi aesthetics, massive robots and of course, returning heroine Aloy. Horizon Forbidden West looks set to stun PlayStation 5 owners everywhere when it releases sometime in 2021. 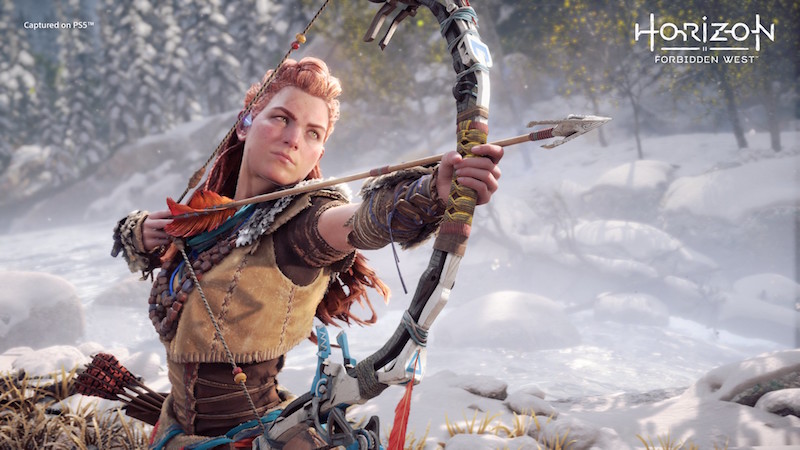 A standalone adventure that is roughly the same size as Uncharted: The Lost Legacy, Marvel’s Spider-Man: Miles Morales puts players in the shoes of Peter Parker’s super-powered protege as he swings, thwips and smashes his way through the bad neighbourhoods of New York City. A PlayStation 5 continuation of Marvel’s Spider-Man from 2018, that was widely regarded as one of the best PS4 exclusives ever released? Yes please. 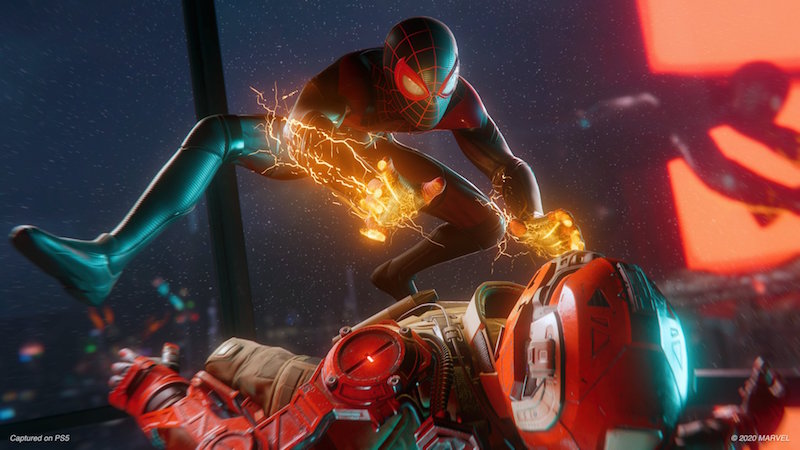 The definitive version of the 2018 release, Marvel’s Spider-Man Remastered not only boasts all of the DLC ever released for the game but also a stunning visual overhaul that includes additional visual detail and ray tracing at 60 frames per second. If you’ve not played Marvel’s Spider-Man before, this is absolutely the place you should start. 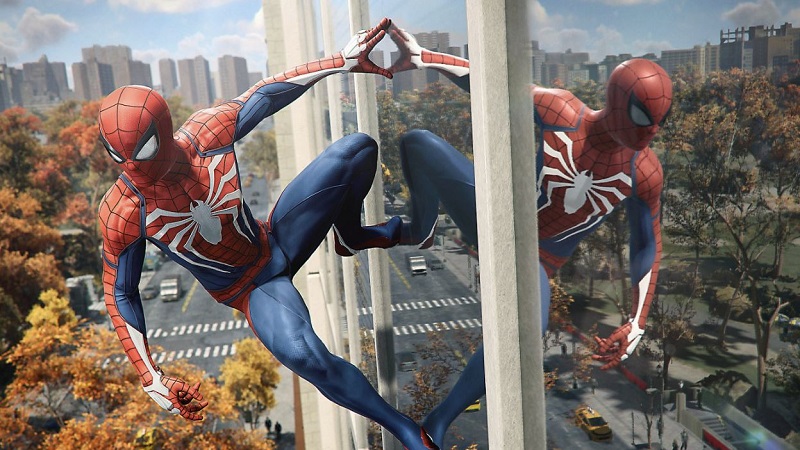 No other game in this list uses the PlayStation 5’s screamingly fast SSD solution quite as well as Ratchet & Clank: Rift Apart, as players once more take control of the titular lombax and his robot buddy, though this time they find themselves falling through inter-dimensional portals at speed. One time you could be grinding a futuristic hoverboard over a massive cyberpunk metropolis and then within a split second, you could find yourself speeding down a snowy mountain. Ratchet & Clank: Rift Apart is seriously impressive and a true return to form for the long running series. 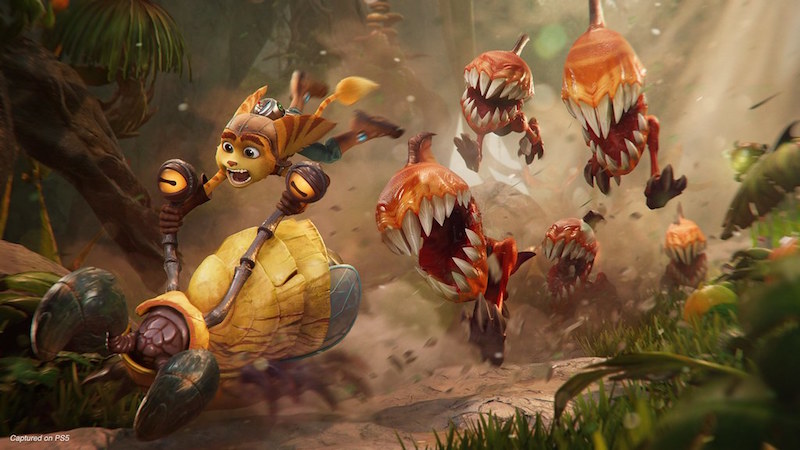 A stunning third-person shooter with roguelike elements, Returnal comes to PS5 courtesy of Housemarque – the very same studio which graced the PS4 with Resogun at its launch back in 2013. As a pilot stranded on an ever-changing alien world, players find themselves stuck in a time loop where with every death they find themselves resurrected as they attempt to find a way to escape from the cursed planet. Boasting the most stunning visuals to ever come out of Housemarque, Returnal is one of the better exclusives available for PlayStation 5 to say the least. 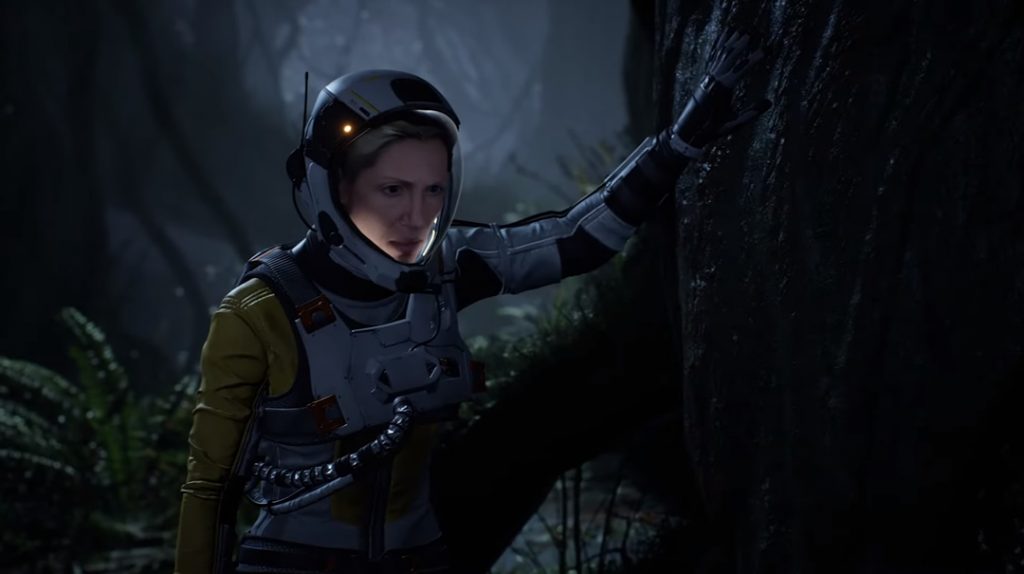 One of the biggest surprises of the PlayStation 5 reveal event, LittleBigPlanet’s erstwhile knitwear hero finally gets his own game in Sackboy: A Big Adventure. A beautifully twee 3D platformer that looks like a delightful mix of Tearaway and Paper Mario, Sackboy: A Big Adventure looks like it’ll be an excellent little platforming effort when it releases on PlayStation 5. 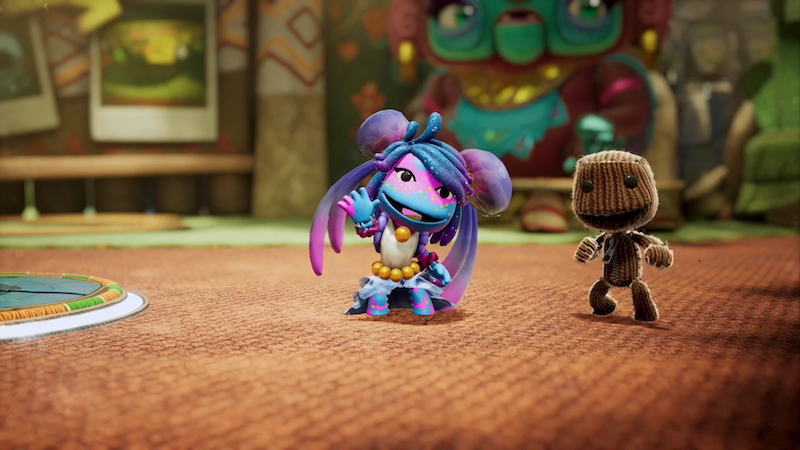