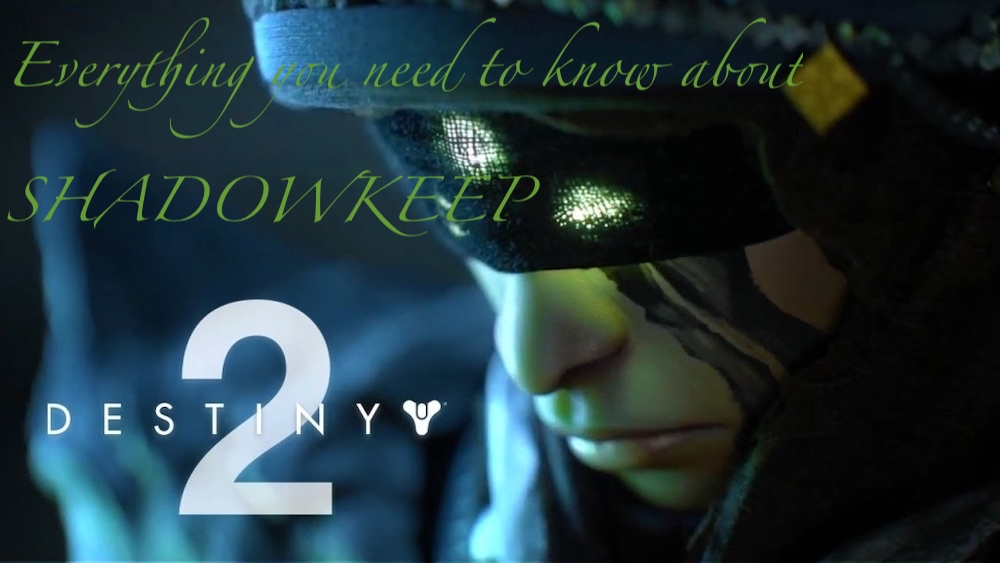 Shadowkeep comes with a plethora of questions. From how to best purchase the game with its new business model, to what you should be doing in D2 right now. We will attempt to give you everything you need to know and more leading into Shadowkeep. And as new information rises, we will be adding to this guide.

Shadowkeep – Everything You Need To Know

How to buy Shadowkeep and future seasons

Shadowkeep has been separated into a few different structures, and it gets more confusing with the addition of Destiny 2: New Light. There is a variety of new ways to play Destiny 2, and we will break down what you get with each version.

Unlike Forsaken, Shadowkeep requires no previous purchases. Regardless, players who have stuck with Destiny so far will most likely purchase these. Bungie has restructured Destiny to no longer require previous expansions to play the newest adventure. This is to make sure anyone can play with everyone.

Both of these editions are meant for players who have been involved in Destiny’s ecosystem and have already purchased everything leading up to Shadowkeep. This includes Destiny 2, Curse of Osiris, Warmind, Forsaken, and the Annual Pass. What’s really great this time around is you aren’t required to have all of these expansions to jump into Shadowkeep.

Forsaken came out roughly around a year ago. This “Taken King” sized expansion righted the course of Destiny 2 and brought it back from a very negative place. Shadowkeep hopes to continue the positive trend it’s been on.

This is abundantly clear in the next two versions of the game we will be talking about, Forsaken and New Light. Bungie doesn’t want to lock you out of playing with your friends just because you can’t or don’t want to buy Shadowkeep. So let’s show you what you will get from not buying Shadowkeep. As you can see, there is a few different ways to play. Regardless of what way you pick, this much is clear: You won’t be locked out of doing most things with your friends. Nevertheless, what Bungie considers premium content will be the only thing you will be locked out from. This includes raids attached to expansions you don’t own, season events, and stories.

The holiday events will continue to be free. However, The Menaegarie, Vex Offensive, Black Armory, Gambit Prime, and any new events attached to a season will be only available to those who buy that season. Speaking of seasons, Bungie is making it easier to pick and choose the seasons that best suit you. A fair amount of players were unhappy with Season of the Drifter and its heavy focus on Gambit and Gambit Prime.

Although I very much enjoyed it, Bungie is making each season an individual purchase, or a yearly purchase with the Annual Pass. This will allow players to skip over the content they would otherwise skip anyway. This saves them money and only locks them out of that season story, event, and potential raid. The gear and weapons can still be acquired from the free track of the Seasonal Rewards.

Either way, if you wanted to farm those items as a free-to-play player, you would just have to wait until later in the year.

What to expect from Shadowkeep

A lot of what Shadowkeep will be changing and focusing on has been revealed by Bungie in Luke Smith’s “Director’s Cuts”. These sometimes very long walls of text have given me and many other Guardians insight into what the Bungie team was thinking on past expansions, and what they are aiming to do in the future. If you want to read these yourself, you can click on the links here: Directors Cut 1, 2, 3, Seasons in D2Y3.

These “Director’s Cuts” go to great lengths to explain why the team has made some questionable decisions that fans rejected from the past few years. More importantly, it goes in-depth on what is to come. From more customizable Guardians in way of the Armor 2.0 system to the changes in the season, Bungie is going to great lengths to give players agency over their Guardians.

Armor 2.0 has been a major talking point since Shadowkeep was announced. This is because it is fundamentally changing everything we know about armor. Bungie has been hard at work to not only give players more agency over their characters but also more control in their look. Since the launch of Destiny, hardcore players often had to choose between function and fashion, and usually with function winning out.

However, Destiny has been structured around getting the armor that looks cool or has meaning behind it. Players in the original Destiny would wear Trials of Osiris gear regardless of look or stats because of the prestige the armor had. With Armor 2.0, players won’t have to choose function over fashion. This is because of the new mod system that Bungie outlined.

Players will be able to equip specific mods that fit their playstyle to the armor they like, so long as they have unlocked the mod and the armor is leveled. We have outlined all of the major changed here. Along with that, universal ornaments will be available for all legendary gear. All previous Eververse gear, along with all-new sets, will drop ornaments you can equip to any legendary set of gear.

What to do in Destiny 2 in preparation for Shadowkeep

Unlike other expansions in Destiny, there isn’t a lot you will have to do before the launch of Shadowkeep. This is because of Armor 2.0. All old activities will become relevant again because current and new players will be trying to get old sets of gear with the new mod system.

Along with all old gear becoming relevant again, all of your current gear will be getting a boost as well. Sadly, everything you currently own won’t magically change to Armor 2.0. However, it will all become Power level 750. This is the current max in the game before Shadowkeep. This ensures every player, regardless of hardcore or just jumping in with New Light, are on the same playing field.

The only real thing to do is clean out your vault. Dismantle any item that will dismantle into Bright Dust. We recommend this because items will no longer drop Bright Dust. This currency will come exclusively from bounties and activities, like Glimmer and Legendary Shards do. By dismantling your items now, you go into Shadowkeep with the most amount of Bright Dust.

How to get every exotic weapon

Most Exotic weapons can be obtained by normal gameplay. These weapons are super rare drops but can drop from anything. Nevertheless, there are multiple guns that require a bit more specific requirements to obtain. Here is the list of all quest-based weapons and how to get them.

A Future for All

Regardless of if you are a new player to Destiny 2 or a veteran that has seen Atheon fall and your Exotic Engrams turn into blue weapons, Destiny 2: Shadowkeep seems like they are finally getting everything right for everyone. The past few years of Destiny have been something of a rollercoaster. With highs like Forsaken and The Taken King and lows like the launch of Destiny 2, I think Shadowkeep is not just a righting of the ship, but a full speed course in the right direction. For all things Destiny, and all games, keep your eyes up, Guardian, to PSU.