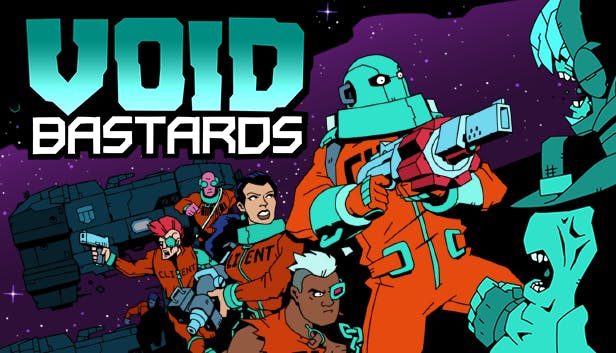 Is Void Bastards coming to PS4? With the multiplayer shooter out now for PC and Xbox One, a great deal many folk on PS4 are starting to wonder if the game will be making the transition to Sony’s console in the near future. With positive reviews starting to flood in following launch, could a Void Bastards PS4 release be on the cards at some point?

Void Bastards looks set to be a major contender in the multiplayer game space, so you would imagine the game would be a solid fit on PS4, particularly given Sony’s dominance in the console market. However, while a Void Bastards PS4 release would make sense following PC and Xbox One, it doesn’t seem like the game is going to make the jump.

Developer Blue Manchu hasn’t said anything about a PS4 version, and it’s unknown if Microsoft has an exclusivity agreement with the studio to ensure it doesn’t make the jump to another home console. Void Bastards is published by Humble Bundle, hence it’s obvious PC release. The word ‘exclusively’ was thrown around at the game’s PC and Xbox One debut, but that doesn’t necessarily mean permanently.

Still, for the time being, a Void Bastards PS4 launch seems to be off the cards. We’ll be sure to keep you updated if we hear anything more, so stay tuned.

What Is Void Bastards?

Void Bastards is a strategy shooter that plucks inspiration from BioShock and System Shock 2, and tasks players with leading the game’s titular rag-group out of the Sargasso Nebula. You’ll need to use your thinking cap here, though, as Void Bastards puts you firmly in charge of the action; you’ll need to make decisions on where to go in addition to simply being a crack shot.

Boarding derelict spaceships, players will have to play out their mission by taking note of the layout of the ship, its hazards, and enemies lurking within. Supplies are dotted throughout each ship, but you’ll have to make careful decisions in regards to what path you take, whether that be to bring the power back on or disable the ship’s defenses by directly attacking your enemies.

Players can expect to squeeze 12-15 hours out of the campaign, and with an endless supply of prisoners, you’ll always have a reason to keep pushing forward.

Void Bastards is available now on PC and Xbox One.