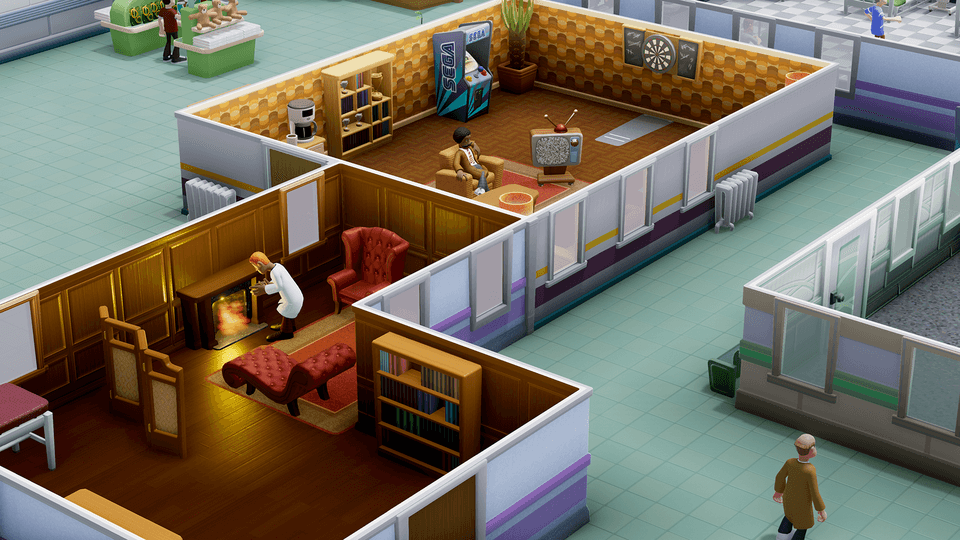 UPDATE – Sega have today confirmed that Two Point Hospital will release on PS4, Xbox One and Nintendo Switch later in 2019.

Created by some of the team behind Theme Hospital, Two Point Hospital puts players in the role of a hospital manager. Maintaining a busy hospital by managing all aspects of the business, it’s up to you to complete objectives and ensure that everything runs smoothly.

In a similar vein to games like Prison Architect and Jurassic World Evolution, it’s about micro-managing and juggling multiple objectives. Build a unique hospital, cure diseases and train your staff to ensure success.

At launch, Two Point Hospital is currently only available on PC. But will there be a Two Point Hospital PS4 version, Xbox One or Switch game? The original Theme Hospital games did make it to console, so there’s definitely some hope it will come to PS4.

The developer has re-iterated that their focus is firmly on the PC version right now, but have said that Two Point Hospital PS4 isn’t out of the question. Until then, you’ll have to get your emergency strategy simulation kicks from the likes of the PC version or Hospital Tycoon on PC.